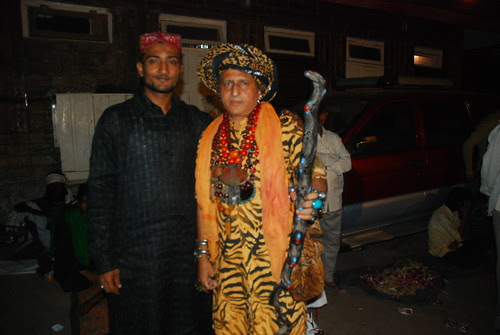 Tanni and Me, originally uploaded by firoze shakir photographerno1.

Tanni stays close to Makhdoom Shah Babas dargah, he was instrument in seeing that I was not hassled by some rough elements at the Dhuni..he supported me from attacks that came when I least expected it, photographers and photography is not much liked at the Dhuni simply because a lot of guys smoke hash..

This was shot on 10 Dec I had come along with Faruq bawa to the Mahim Dhuni..

Most of my pictures at the Dhuni were shot by Tanni..he was there at Sakibs sandal and for sometime at the Sandal of Fakhruddin Shah Baba.