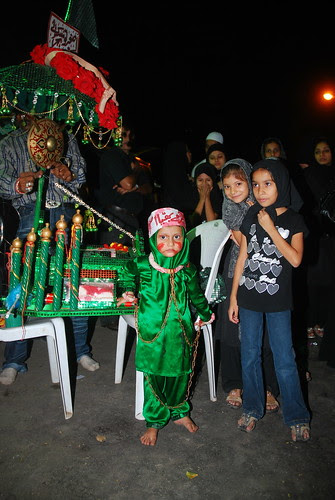 I AM DEEPLY HURT WITH YOU TELECOM 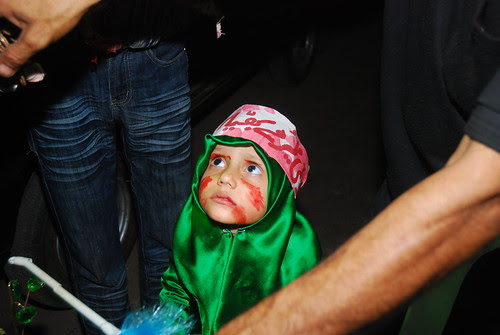 I AM DEEPLY HURT WITH YOU TELECOM, originally uploaded by firoze shakir photographerno1.

Since last night I am trying to upload pictures of the Bandra Guru Nanak Juloos a Shia Moharam event I shot last night..and despite all my efforts my uploading is slow intermittent and sluggish.

I have to re start my upload every time so I have written the following message to their Customer Care and I am publishing it here so they can remedy my problem as fast as they can.
My message to Customer Care You Telecom Broadband and Cable India Pvt Ltd.

I recently changed my plan , in order to get faster speed and faster uploading of my pictures to my website on Flickr.com .
But it hurts me to say my uploading is worse than what it was before, uploading takes place at snails pace , as a photo blogger and cyber photo journalist You Telecom in its new avatar as You Telecom Broadband is of no Help to me at all.

I have told this to your concerned department heads at your Bandra Gods Gift office, but my uploading problem continues.,.and I once again appeal to you one last time or I will move myself to another better service oriented internet service provider..

I have three connections at my house presently besides this I have no issue with You Telecom.

Picture of a child portraying Bibi Sakina the daughter of Imam Hussain her pain her tribulations..the series I am trying to upload without success at Flickr.com 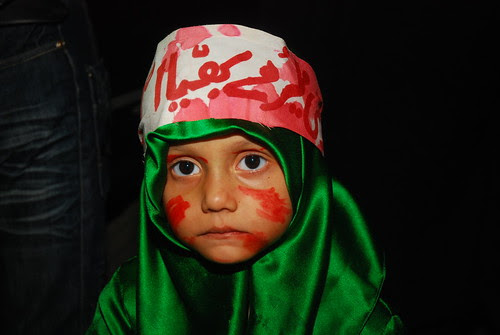 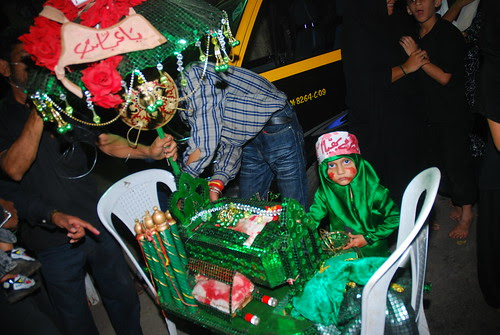 Munna from Imamwada brings this Shabi of the Cradle of Ali Asghar and his little daughter portrays the pain of Bibi Sakina daughter of Imam Hussain.
Munna has two daughters both look identical,I have shot the older one extensively at the various juloos in town. 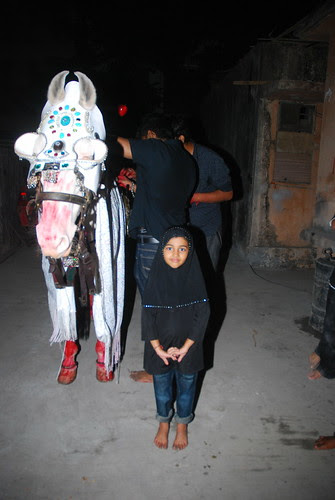 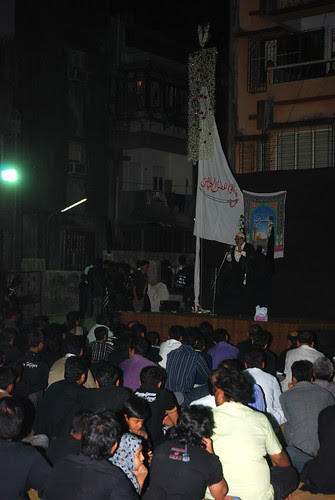 Maulana Saab is a true Aman Ka Farishta spreading peace through humanity , humanity that is embodied as Hussain..and Hussain is the key to fight terrorism and oppression shaking the pillars of True Islam...the bigots and promoters of a satanic agenda that divide hearts souls and neighboring countries and put the blame on America for inherent faults of their own shortcomings..

Hussain is a power that cuts across man made barbed frontiers , Hussain is a breeze that touches us all irrespective of our caste color of creed..yes indeed we shed tears for Hussain but we also curse Yazid..killers of Imam Hussain followers of his breed..the misbegotten wanton seed..

It was Hussain from the clutches of Yazidiyat the soul of Islam freed..yes more than a message of Hate , Muslims killing Muslims its Peace that we need..He gave his Head but not his Hand proved it with a single Sacrificial Deed.. Ahle Bayt a necklace of precious beads..on the sands of Karbala epitomizing Humanity he bleeds

Jalal Mamu of Byculla and Me 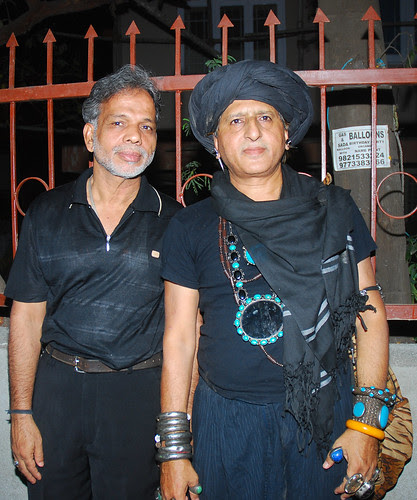 Jalal Mamu of Byculla and Me, originally uploaded by firoze shakir photographerno1.

Jalal Mamu is a very humble Shia man, down to earth , low profile and least talkative, but an icon of Shia faith, and Mumbai Shia way of Life.

Jalal Mamu organizes an event near Byculla station on 9 Moharam much before the Honda Byculla Savoy juloos and this event brings in a lot of people , thee is a short majlis and Jalal Mamu strips himself t the waist and Jalal Mamu is the greatest sword matamdar , his strokes cut through flesh , and ripping pieces from his body in the air, after the sword is pulled from his hand by 20 people , Jalal Mamu now takes the hocky shaped zanjir and further mows his back wounds with deafening razor sharp blades..I shot this last year pictures on my Flickr photostream .

The next day Ashura , Jala Mamu again cuts his bruised back with the sword at the Amin Imambada event..

He is an Iranian by birth and recites the Noha for the Busheri matam..

One upon a time Imamwada Bhendi Bazar had a huge population of Bushers and Shirazis of Iranian origin , they bought in the now famous Busheri matam, choreography of pain .. called Ghame Hussain.

Jalal Bhai as I call him knew my late father Mohomed Shakir Lakhnavi of Colaba as we stayed at Khatau Bhuvan in the early 50s , now the place is called Jony Castle...In 1963 we shifted to Mohini Mansions Strand Cinema Colaba..

My father was associated with the Imamiya Sabil at Bhendi Bazar, since its inception as the founder Maqbool Bhai Zariwala was my dads maternal uncle from Lucknow.

My dad made the Ashura fakhe shikani food for those who break the fast on Ashura in the evening..this was a Lucknowi specialty khade masoor ki idal and rice .. before they moved from here towards the Rehmatabad Shia cemetery for Sham e Ghariba ..those days recited by Maulana Abbas Rizvi..I think

Everybody who does the sword matam emulates Jalal Mamu , he is a veteran and pioneer of this self inflicting weapon of pain..

My friens Baqar and Habib Nasser hold Jalal Mamu in the highest esteem .

And the other person who is famous for his blood letting Matam is Ali Shah of JJ Hospital.. 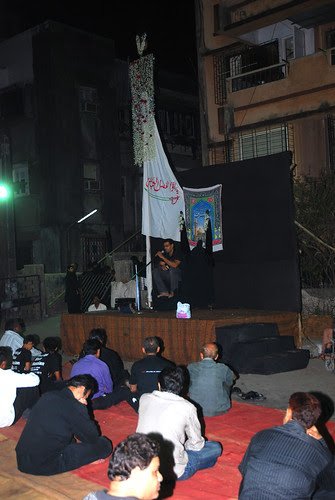 I start a new set at my Flickr photostream, Bandra Guru Nanak Park juloos 2010 , this is Shia procession that begins at Bashiron building near Guru Nanak Park ,organized by the Wazir brothers.

This begins with a noha recital , Abbas Bhai recited a noha, than there was a Noha by some Nohakars from Delhi.

The majis was recited by Maulana Hasan Ali Hilal A. Rajani from Karachi.
There was a beautifully decorated Zuljana and a Taboot of Imam Hussain , including Muna Bhais daughter portraying the pain of Bibi Sakina along with the cradle of Ali Asghar.


There were several alams, Mamu recited the Noha for the Busheri Matam, and the procession moved from Guru Nanak Park via Turner Road to Almeida Park finally culminating at Bandra Shia Khoja Mosque.


As soon as the procession reached the Mosque , hardcore sword matam,zanjir matam and kama matam began.

Marziya was with me till Almeida Park than went home much before the blood gore and blood letting began.

Habib and Baqar Nasser too were there along with their anjuman.

The sword matam was absolutely mind blowing and with a ferocity never seen before.. he hardcore Matamdars of Bandra lead from the front.