Ala Re Ala Govinda Ala 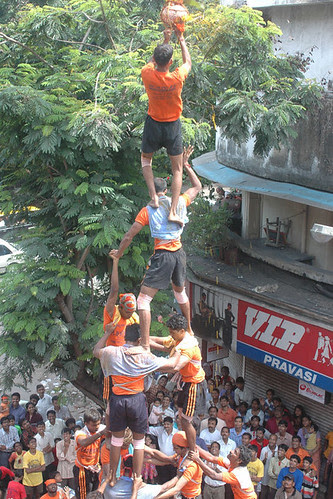 Ala Re Ala Govinda Ala, originally uploaded by firoze shakir photographerno1.

mach gaye shor nagri mein
ala re ala govinda ala

Today is the most vibrant moment where Maharashtrians , will keep the Swine Flu on the back burner and participate in the Dahi Handi festival..

I missed it two years back as I was in Bangalore , but I have shot it year after year.

Last year I was the only guy from Bandra to have shot the world record breaking dai handi at Thane ..and met my dear friend Purvesh Sarnaik his dad Pratap Sarnaik had organised the event and two teams won it I am told , but I shot the Talwadi Mandal

This festival and the Ganesha Immersion , I try not to miss..

And Mr BW Jatkar had once come along to shoot this with me many years back..I shall certainly miss him and my new set is dedicated to him, his memories and his friendship that I cherished..

Krishna Janmashtami is observed on the eighth day, Ashtami tithi, of the dark half or Krishna Paksha of the month of Bhaadra in the Hindu calendar, when the Rohini Nakshatra (called Aldebaran in the West) is ascendant. Rasa lila or dramatic enactments of the life of Krishna are a special feature in regions of Mathura and Vrindavan, and regions following Vaishnavism in Manipur.

Janmaashtami, popularly known in Mumbai and Pune as Dahi Handi is celebrated with enormous zeal and enthusiasm. The handi is a clay pot filled with buttermilk that was positioned at a convenient height prior to the event; the topmost person on the human pyramid tries to break the handi by hitting it with a blunt object, and when that happens, the buttermilk is spilled over the entire group, symbolizing their achievement through unity. Various Handis are set up locally in several parts of the city, and groups of youngsters, called Govinda, travel around in trucks trying to break as many handis as possible during the day.

Many such Govinda Pathaks compete with each other, especially for the handis that dole out hefty rewards. The event, in recent times, has gathered a political flavor, and it is not uncommon for political parties, and rich community groups to offer prizes amounting to lakhs of rupees.

Some of the most famous handis are at Dadar, Mazgaon, Lalbaug and some in Thane a neighboring district of Mumbai and Babu Genu, Mandai in Pune. 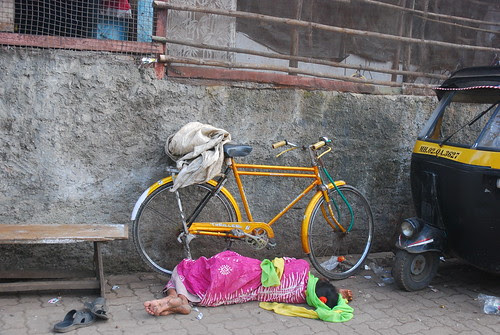 she drinks gets drunk
to forget her inborn pain
her husband who also drank
died of a tumor of the brain
she sleeps drunk on the street
she will be there even when it rains
sorrow and despair her both
feet bound in chains
at the end of the day
only her degradation
into the gutters of life
drains ..she has a new born
child too
this is what hurts and remains
as seen through misty
camera eyed window pane

Life is an Optical Illusion 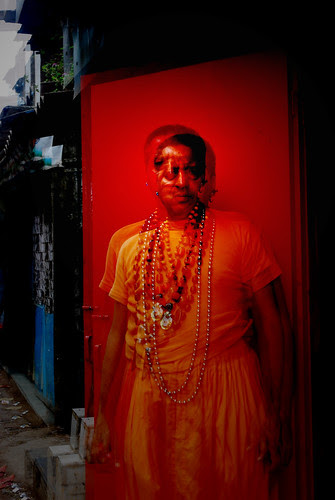