The Malang from Bollywood 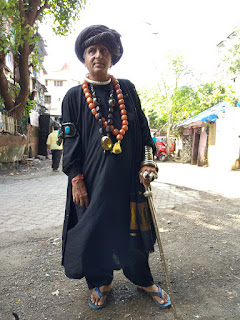 Today I was in a state of sartorial confusion

This black robe is two in one if I wear it with a white pajama it becomes a Malang attire but I can change the spiritual contours of this dress if I wear along with it my Skull beads the Aghori Guru at Khamakhya gave me the skull beads hoping one day I will take Deeksha from him at Tarapeeth Kolkatta.
He was serious when he said I had both the Sufi and the Aghori  in me I remember while doing his Havan he called me aside whispered in my ears I was dead I was alive.. I did not ask for an explanation  a lot of me is dying everyday and lot of me is rising from the fire in my kundalini.

The Aghori Guru and I got along very well he had known me since my first trip and 2017 was my second trip.

I had told him my desire to document  the Aghoris  and he allowed me to shoot his rituals exorcism and his power over Evil forces and occult.

Where he did not want me to shoot a certain ritual he would tell me to stop recording he trusted me he could read my thoughts the Hijra shamans took their strength from him.

This is a long topic I will abruptly end it here I thought of wearing my Aghori  look for my meeting  with Raj Kumar Santoshi ji but changed my mind it would not be appropriate I thought in terms of sartorial presentation.

The problem is there arent any  Aghoris in Mumbai and the crematorium in Mumbai are far too tame and without the spectral illusions one finds at Khamakhya  or Bhoothnath Guwahati.
Both are scary and can haunt you even after you come out of your stupor.

Picture was taken by a Sufi guy who drives rickshah stays at the slums near my house he is a Murid of the Baba of Nagpur.

A Sufi Shrine that I have not visited.

So as I said earlier there are stories happening all around me and I shoot them without hesitation..

Tomorrow  is another hectic day back to town I will leave early pay a visit to both the Flea markets where I have my Murids and fans I refuse to call them followers..

I have to search for some rare accessories  ..

Life is a gamble and you can play it without a loaded dice or cards.
By Firoze Shakir Photographer No1 - December 31, 2017

Email ThisBlogThis!Share to TwitterShare to FacebookShare to Pinterest
Labels: The Malang from Bollywood 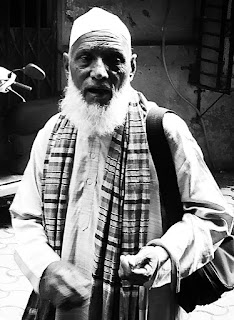 Give in the name of Allah
in his painful voice he pleads
abandoned by his family
old muslim beggar,,
an untouchable by his
caste society holding
firmly to his faith creed
man is known not only
by his words but also
by  his deeds ...
extra food he gets other
beggars he feeds ..
god takes care of his
needs ,,taking money
from me he curtsied
Cursing the ISIS
enemies of Peace
Brotherhood in Islam
Our Religion they have
hijacked dirtied ..
I nodded my head agreed
The Shias Ahmediyas Jews
Yezdis other minorities bleed
by the rabid children of Yazid
The Butcher of Karbala
The Wanting Seed
Power lust and greed .

Hussain did not give him his hand
only his head ..Karbala a sacrifice
as a thought embodied .. 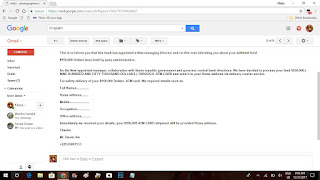 
As the New appointed manager, collaboration with Benin republic government and governor central bank directives. We have decided to process your fund $950,000.( NINE HUNDRED AND FIFTY THOUSAND DOLLARS ) THROUGH  ATM CARD and send it to your Home address via delivery courier service.


For safety delivery of your $950,000 Dollars  ATM card. We required details such as.


Immediately we received your details, your $950,000 ATM CARD shipment will be provided Home address.

Good Morning
For such a beautiful
message of joy
May God Bless Him
Kind generous helpful
Mr David Jim
Though I confess
on the dead soul of my
father I dont really
know him..but being a
Sufi mystic I can visualize
him as dapper clean shaven
well built with a 56 inch chest
tall but slim ...he regularly goes
to the neighborhood Korean gym
his attire trendy trim..most of the
horny males like him..now let me
not digress safety of my much
awaited $950,000 Dollars  ATM card
that I will use to rehabilitate  leprous
beggars without limbs homeless denizens
pain suffering filled to the brim
also the beggar hijras  hope as ..a new
thought paradigm ..salutations to the Lord
with a new holistic hymn ..Gods mercy
Blessings to the altruistic David Jim

I just called him to wish him a Happy New Year
was told by his male secretary in a nasal voice
David has gone for a swim...with a boy face
seraphim..fair and fare homonym..from the
land of milk honey Republic of Benin ..
a land that does not question Original Sin .


So brave is Corporal Rusty.
Though he is just a boy.
How true is Private Rin Tin Tin
They are the army's pride and joy.