The Muslim Beggar With Tumor In His Head

On His Blindness .. An Interview With A Blind Beggar 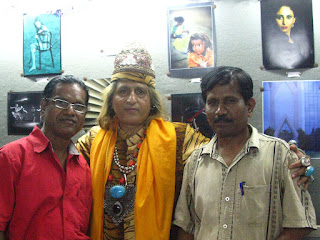 My dear Friends who mentored me when I joined PSI .
Created out of the womb of photographers love soon
it began to die ..politics demoralized this grand institution
the walls wept the soul let out a sigh ..in their graves
Phani banda Sam Tata K.g. MaheshwariJatkar Mitter Bedi
other greats who had nurtured this great Alma Mater .. cried
luckily I had moved a million light years away but my love
for my first step as a photographer pulled me back..bringing
tears to my eyes ..those momentous Fridays , those happy
days once this place for newcomers was Paradise ..you
could enter its portals as yourself without wearing disguise

Awaken the Soul of This Grand Lady Oh Lord Let It Rise
please dont forget the struggle more than 75 years what
a sacrifice ,,,how time flies ..with malice to none ..you
are a PSI member so am I ,....Sridhar guru of humility
who loved me like a brother Hindu Muslim amity ..photography
beyond caste color greed ..a thought even you wont ever deny

My first blog of the day as I step out for my morning walk.Nitin Pawar and my dear friend Vilas Gholse helped me a lot ,, I knew nothing they used their potters hands to mold this ordinary piece of clay, a pitcher that is filled with tears .. for one and all

Shooting The Soul Of Madness 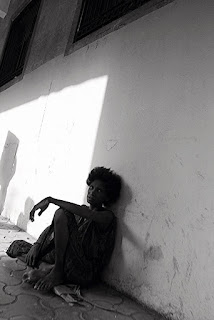 I have been shooting madpeople since a very long time , I documented their tragic lives as a street photographer ..than I recently carved a set called Mad People of India at Flickr ,,perhaps there are many I shot at Dargahs at the Kumbh Maha Kumbh and in my walk of life that I have not added to this set.

I saw many mad people living at Bandra Bazar road and sadly they disappeared without a forwarding address ..but they live through the pictures I shot ,,A part of me is still scared to shoot mad people but I take my chance ready to be attacked or hit with a rock ..a mad lady curses abuses and carries a rock I shot her too.. what makes them mad .. there are so many questions .. mostly women go mad because of guys who destroyed them with false love and drinks and drugs ,forced into mad houses they come out more mad than ever .. do people or the government really care about mad people or even sane people locked up in mental homes ,, Indians hardly care for Indians .. living unliving or even the dead ..

I shot this lady at VT taking a moving low shot with my camera two shots ,, if I had the guts I could sit next to her shoot her video ask her questions ,,, but I dont have it in me yet , but I am accumulating it gradually ,,I shot two videos of beggars in very bad shape at Ghatkopar not my area .. I was not scared .luckily I dont look like a typically run of the mill media person.. I look like a beggar myself..

We are all mad in degrees .. I have a mad side too it was very mad violent stupid when I drank.. now it is sane and fucked sober ,, once I was dead drunk had a fight with mY wife without provocation jumped from an old building first floor ,, I was staying at First Pasta Lane my wife did not know what happened I landed at Badhwar Park badminton ground , I fell with a thud and my leg was numb ..lying next to where I fell was somebody's wooden crutch I picked it up and limping walked back home ..
I realized not just cats even humans have nine lives ,,I have put my mad side to sleep..
By Firoze Shakir Photographer No1 - June 05, 2015

Email ThisBlogThis!Share to TwitterShare to FacebookShare to Pinterest
Labels: Shooting The Soul Of Madness

Will Camera Clubs Ever Have Blogging On Their Agenda 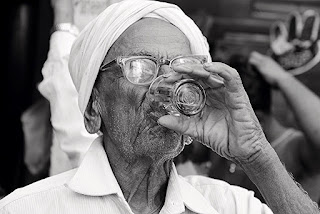 As long as I was connected to my camera club I was the only one that took the path that bought me to Brandon Stones Photo Blog Org and Biz Stone pulled me over to Blogspot .

Than it was Buzznet Fotothing and Webshots I finally reached the shores of Flickr in 2007 ,, I gave up the world of Prints completely and became an incorrigible photo blogger ,, my vision did not restrict me I began to write blog poetize with my bad grammar , but I could make my pictures talk like a ventriloquist I hid my echo behind my pictures I shot ,,
At the same time years later I realized I was a street photographer even if I shot an event indoors my mind was that of a street photographer ,, the moment you post a picture you are a blogger whether you like it or not and I would rather be a blogger than pretend I am a photographer .. the Blog changed my life my attitude towards life and I shoot my own original content ,,

I remember the very earlier days of blogging Media wrote our obituary every Sunday and we lived to tell the tale every Monday , they killed us we got resurrected through our blogs and the blog gave us a wide tapestry wide range from pictures to poetry and a bit of prose .

The only blog platforms I was associated with Blog Adda I hardly interact there , and Indiblogger I used a lot and than decided to call it a day.. Now Ello is the blog platform I like , the huge pictures and some great photographers and a genius called Paul Budnitz ,,there are others many and it is a different world ,,

I use Blogspot  several blogs ,, divided into Hindu blogs Shia Blogs and Poetry Blogs and my Granddaughter Marziya Nerjis Zinnia I build their blogs too ..

I have nothing against camera club I am a product of a camera club but camera clubs have become regressive , they those old folks in the old folks home dont accept change at all ,, they shun young blood they dont want blood transfusion they are fucked scared they will lose it all and I must remind them that a new Age of young wiz kids hackers are coming to slam their pedantic pompous pedagogic ass ..

Long Live The Blog ..where rights of admission are reserved for humans but not to sleeping dogs ,, white colored neuters even curly haired golliwog ..a prince in the guise of a frog.. welcome to our weblogs ..

Email ThisBlogThis!Share to TwitterShare to FacebookShare to Pinterest
Labels: death of camera clubs, Will Camera Clubs Ever Have Blogging On Their Agenda

After I Shot This Picture I Realized Motherhood Is Godliness 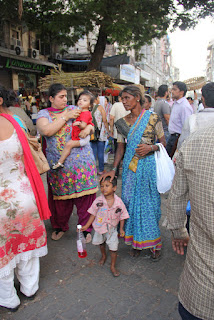 a rich mother pampering her child i saw
a poor mother begging with her child
caught violently in hungers jaws ..i
captured the moment hurriedly from
my rickshah ..sometimes when you
are drowning in the seas of your cosmic
fate you could still be saved by a straw
was this the photographer in me or a son
that held the moment in my claws ..humanity
died when compassion died ..thanks to
our urban laws ..society made us outlaws

dedicated to my dear friend boaz
By Firoze Shakir Photographer No1 - June 05, 2015

Email ThisBlogThis!Share to TwitterShare to FacebookShare to Pinterest
Labels: After I Shot This Picture I Realized Motherhood Is Godliness

Sometimes Friendship Is Thicker Than Blood . 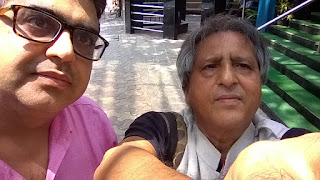 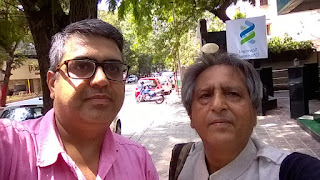