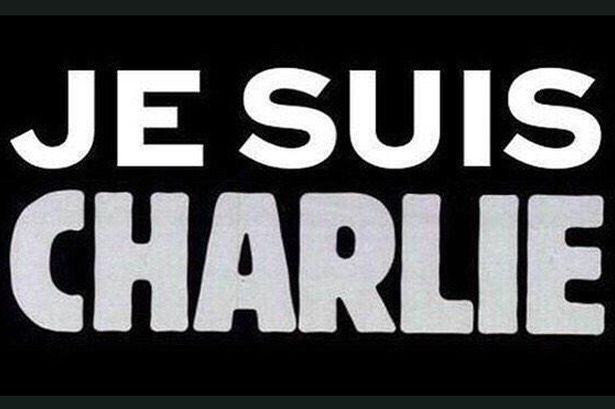 "Je suis Charlie" ("I am Charlie") is a statement used by supporters of free speech against the 7 January 2015 massacre in which 12 people were killed at the offices of satirical newspaper Charlie Hebdo in Paris. The statement identifies the speaker with those who died at the Charlie Hebdo shooting, and by extension for freedom of speech and resistance to armed threats. Some journalists embraced the expression as a rallying cry for the freedom of self-expression.

The website of Charlie Hebdo went offline shortly after the shooting, and when it returned it bore the legend Je Suis Charlie on a black background.[1]

The statement was used as the hashtag #jesuischarlie on Twitter,[2] as computer printed or hand-made placards and stickers, and displayed on mobile phones at vigils, and on many websites, particularly media sites.

While other symbols were used, notably holding pens in the air, and tweeting certain images, "Je Suis Charlie" is more widespread.

Contents  [hide]
1 Journalists
2 Twitter
3 Demonstrations
4 Media and other websites
5 References
6 External links
Journalists[edit]
Beyond expressing sympathy for the victims, within hours of the attack the hashtag was embraced by journalists over the issue of censorship and threats. Sophie Kleeman of .mic wrote, "#JeSuisCharlie sends a clear message: Regardless of the threat of hatred or violence, journalists and non-journalists alike refuse to be silenced. As Charbonnier said in 2012, following the firebombing of his offices, 'I have neither a wife nor children, not even a dog. But I'm not going to hide.'"[3]

Gene Policinski, chief operating officer of the Newseum Institute and senior vice president of the First Amendment Center, said the Charlie Hebdo killings were part of a string of recent threats toward journalists and freedom of speech, following North Korea's threats over the 2014 film The Interview and ISIL's executions of journalists. He noted that instead of being successful at silencing anyone, these attempts at censorship and the Paris massacre have backfired and instead brought more awareness and support to freedom of speech. "Ironically, such violence directed at journalists, authors and others is recognition that free expression and the marketplace of ideas—enshrined in the U.S. in the First Amendment—is a powerful weapon against tyranny," he wrote. "For more than 220 years, in the U.S., the 45 words of the First Amendment have defined the nation’s core freedoms of religion, speech, press, assembly and petition. We now have another few words that will serve as a global means of declaring those freedoms: #JeSuisCharlie."[4]

Journalist Peter Bella wrote that more than 100 reporters were killed "doing their jobs" in 2014 and that "many were executed just because they were journalists." He said the hashtag was "was created to support Charlie Hebdo, the victims, and freedom of the press, speech, and expression. I am Charlie. You are Charlie. We are all Charlie."[5]

Sarah Harvard of the Huffington Post also expressed solidarity, tweeting "I'm a Muslim journalist. Although I disagree w/ anti-Islam cartoons, my faith compels me to respect the rights of others. #JeSuisCharlie."[6]

Twitter[edit]
Je suis Charlie trended at the top of Twitter hashtags on 7 January 2015. By Wednesday afternoon it had appeared more than 250,000 times.[7]
The U.S. Embassy in Paris changed its Twitter profile picture to the "Je suis Charlie" placard.[8] 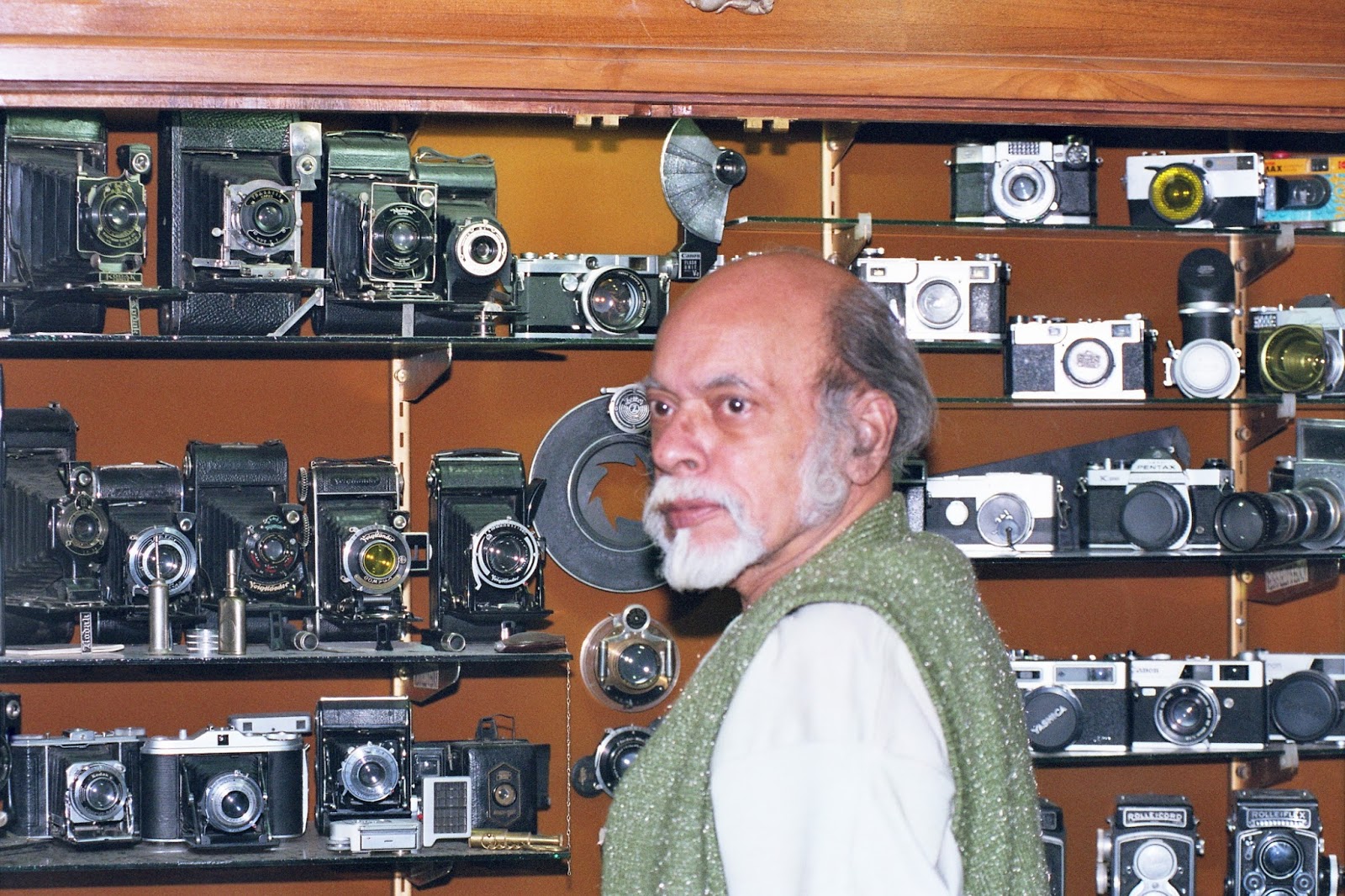 When Mr PC Little died , he was  my mentor and a great teacher father of my friends Bhupesh Little and Avinash LIttle I could not find these images , as they were among a whole lot of unmarked CDS and DVDs ..I had to borrow another photographers picture to write Mr PC Littles obituary.

Last night I discovered these images and called Bhupesh , sent him these copies and as I was very tired I have again been hit by a bout of bad cold I left this space blank.

Mr PC Little had a great camera collection , and like my collection too as he was a versatile camera repairer if he repaired your old antique camera it would come back in perfect working condition , he repaired some of my rare ones without charging me a penny..

He loved poetry Keats was his favorite and he quoted heavily from him.

I met Mr PC Little through Bhupesh his son I met Bhupesh through  Prof BW Jatkar at his house at Dadar and because Bhupesh was from Lucknow where I had my roots , I was born in Lucknow we became very good friends and when I came to Lucknow to celebrate Athvi , I made it a point to visit them at Gomti Nagar and ended up befriending Mr PC Little  we hit off very well and Mr PC Little made me a honorary member of his prestigious Horizon Camera Club.

So each visit to Lucknow was incomplete without meeting Mr PC Little .. who spoke about me to Ms Sunita Aaron of Lucknow Hindustan Times and they did a story on my documentation of Moharam in Lucknow.

He was writing a book on the Nawabs so I came to know Nawab Abdullah Mir Jaffar and we spoke those days before the mobile phone I still have all his old correspondence in his beautiful handwriting , he was a historian well versed with Lucknow and the Nawabs and the Great Siege of 1857 at British Residency.

I will surely miss late Mr PC Little who was indeed larger than life and a great humanbeing.. multifaceted talented creative personality ,,He was a great admirer of late Mr KG Maheshwari too.