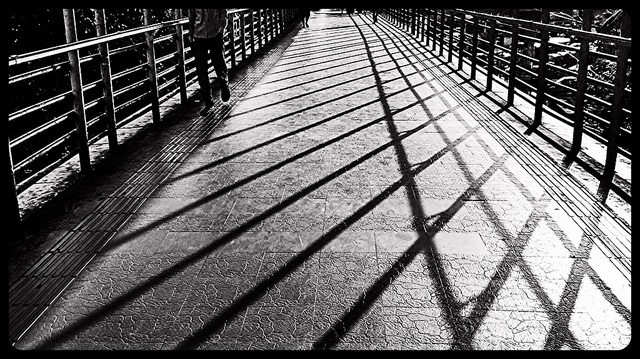 wingless from
one frame to
the next i fly
shooting
dark shadows
specters of
my camera eye
a taunting eagle
mocks at me
tells me you are
a prisoner of
your own device
in a world of
motor mouths
rapid lies
held in a tight
vice my feet
bound to a
heartless earth
her urban cries
i look upwards
at hope wantonly
whoring in the sky
a moment comes
a moment dies
you have that
one talent no
one buys ,,
molten tears
frozen ice
By Firoze Shakir Photographer No1 - July 07, 2014

Email ThisBlogThis!Share to TwitterShare to FacebookShare to Pinterest
Labels: I am Held Captive In The Cosmic Cage Of My Camera Eye, motorola g

The Life Of The Street Barbers Of Mumbai 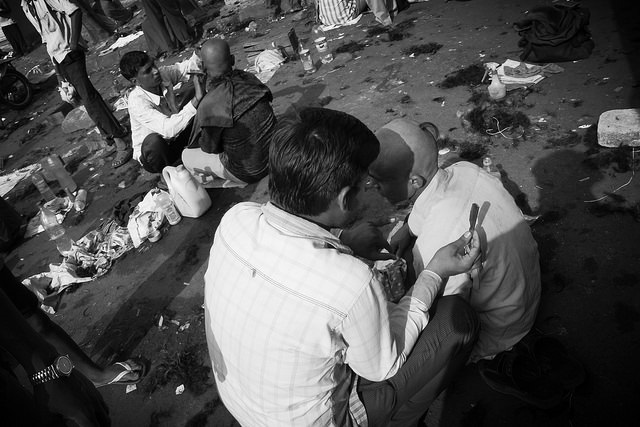 Why will people shoot such mundane stuff , but if you sit besides a street barber while he works, watch him , the magic of his wrist his dancing scissors ,it is an enlightenment..and he is dirt cheap, you could bargain with him , he has no union to support him , and he is among the abused lot of society.

I dont know what made me shoot barbers , I have had my hair cut sitting on the road , listened to his travails of life , the leaking roof in the slums where he stays with a dozen barbers from his hometown in UP.

However I must reiterate it was the Pitru Paksha feast on the eve of Navratra , that pushed me to the brink as I reached Banganga barefeet to shoot the rituals of religious tonsure , and the immersion of the puja offerings to dead ancestors .A very profound thought , we may have treated them badly when they were alive , but today they are remembered for their sacrifice and their contribution to our upbringing.

So I shot this festival and here I must acknowledge I was inspired by Ranjit Shashank PSI Member for instilling this fervor through his pictures that he showcased at my camera club Photographic Society of India ,,Mumbai.

I shot barbers all over India Latur , and all the hick towns I visited , I shot barbers at the Maha Kumbh on the banks of the Ganges .. barbers in Lucknow Chennai Hyderabad ..

I know almost all the street barbers of Bandra , and most of them rush to Banganga during Pitru Paksha at Banganga to make a fast buck.

Similarly but with a greater passion I shot beggars , I still shoot beggars I dont sell my pictures but I hope some good comes of it , they are also made part of the Acche Din that only seems to be a domain of the Am Janta ..Acche Din ,, translated means Dickensian Good Times for the politicians start the moment his party comes to power , and even if he has done badly at the hustings he will be empowered with position and a lucrative titular job.

I shot the transgender , I see them every time I set out to work or on a journey, I dont think anyone has shot or documented them as humanly as I have ,,20000 images all locked up from public view ,,the hijra sadly In India is only an object of sexual curiosity and carnal gratification,,both my grand daughter have shot them , and know that they are different ,,but are human in more ways than one.


I will soon be reaching 300000 photoblogs at Flickr ..all my images are not for public view this includes the Gay Pride I shot in Mumbai and my Hijra poetry ,so you see about 250000 only.

I am sad that I cant blog to Blogspot from Flickr ,I dont wont ever use Wordpress it has gone down the drain .

I promote Tumblr , one day it will be a huge blog platform thanks to the golden touch of Ms Marissa Mayer .

And this post is dedicated to my two good pretty dynamic friends at Flickr Angel Sarah and Mind Meld Serene ..

Words of Serene that inspire me to better myself as a street photographer ,,


"you certainly bring us photos that we could never see normally"

Email ThisBlogThis!Share to TwitterShare to FacebookShare to Pinterest
Labels: The Life Of The Street Barbers Of Mumbai
Newer Posts Older Posts Home
Subscribe to: Posts (Atom)