Sit, be still, and listen, because you're drunk and we're at the edge of the roof.”Rumi 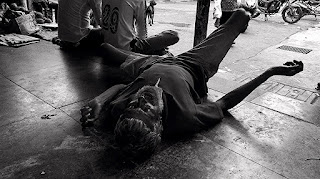 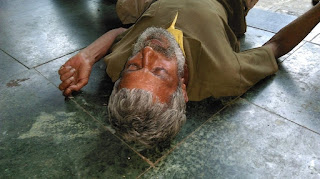 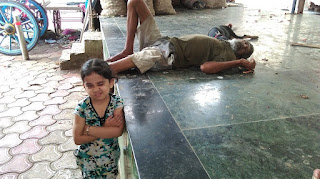 Do you really need the camera to shoot the streets ..because I dont carry my DSLR when I go out on my walks or take my grandkids for tennis lessons I shoot mostly on my mobile phone HTC Desire 826 ,, the best phone for my kind of pictures still or video..

Nerjis spotted the drunk sozzled in his dreams and knew I would shoot him so she began posing in front of him and winking at me too ,, that she had spotted him and shot him all be it without a camera ,, this is what I taught Nerjis since she was 2 year old ,,unlearn photography ,,

She is highly observant much quicker in her reflexes than me she has not picked up my DSLR for a very long time now ,, but it does not matter ,, if you have the camera in your head working the camera in the hand is redundant ,, it is merely a tool ,, nothing else ,, it can neither override the cosmic eye in the center of the head or give an opinion..

I could have given my mobile phone to Nerjis to shoot it too, but her mind was at the tennis court , and the joy of getting away from our house ,,the same toys the same faces and the same monotony ,,,because children are very perspective , their range of understanding is totally fine tuned .

After the tennis session I did not take her to the park next door as it was wet and soggy due to the rains .
I bought her an ice cream and two small packets of wafers .. that made her happy ..and when we reached home her ma and Marziya were out shopping , my wife was out too. she took her clay and got busy with it ,,not interested even in seeing the video I had shot of her .