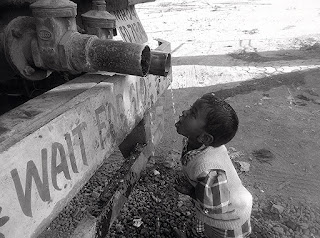 Email ThisBlogThis!Share to TwitterShare to FacebookShare to Pinterest
Labels: Love is the Water of Life. Rumi 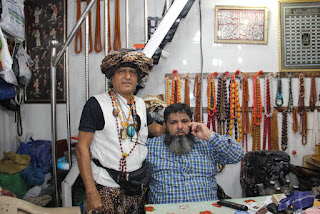 I have known Khalid bhai since a very long time as I wear Amber too known as kerba ,, the Parsis wore kerba and in the olden days kerbas were used as prayer beads ,,kerba some say adds to your personality but it can generate undue anger too.
I was first introduced to kerba by the gemstone dealers of Bhendi Bazar and I have a ring with a fossilized fly in kerba ,,
Original kerba costs Rs 5000 a gram.. but there are artificial kerbas known as jerba or rod ,,
Khalid bhai deals in kerba and Parsi borders called gara ,, and in antiques too..he buys sells old zari.
If I come to Pydhonie I make it a point to visit him,...he is an amazing guy...
and in his shop and office you will see some very rare kerbas and zari borders ,, he collects chunky prayer beads too.
By Firoze Shakir Photographer No1 - January 20, 2016