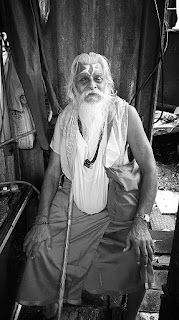 Sukh Shanti Sab Se bada Dhan
For peace hope humanity the poetry of my soul yearns ..as the flame perched precariously on the candle burns ..what I lost perhaps may not return ..my memories of her love spent out ashes in an urn ..at every disillusioning turn ..
Caught in a vice between my dead father and the burnt out dreams of my son..
I move but I cannot run ..
By Firoze Shakir Photographer No1 - September 25, 2016

Yes I have something to say .. 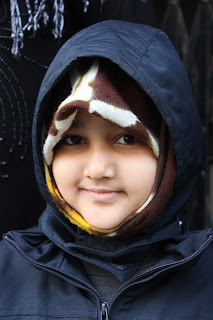 Fate controls our lives our moments our destiny .
From the second day that Marziya my first granddaughter was born I bent down on my knees beneath her cradle and thanked God for this generous gift of life love and truth .
And by the time Marziya was born 9 years back from this day I had given up boozing I was absolutely clean in mind heart and soul when I took my grandchild in my arms and when I put her back in the cradle she gave me a godly smile .
So the first thing Marziya saw on 25 Nov was my face and Shiva's third eye holding sway in my camera .
She was born with the umbilical cord choking her neck on ,24 November ..and I was at my studio on 29 Road Bandra I had not seen my first granddaughter I was crying and here you won't believe what I am about to say even as a Muslim ..a few Naga Sadhus walked in as they loved coming to my shop for my blessings before leaving for a pilgrimage ..these ones mystics seers were going to Ganga Sagar.
I had told them nothing my face was wet with my tears ..I wish I can say in Hindi what they told me ..Congratulations don't cry she has come with Shiva's serpent round her neck she will be fine your granddaughter ..I was stunned and thanked them and this is the magic of India ..
Well there are many stories connected to Marziya I have shot over 16000 images of Marziya sadly those days I did not know how to shoot videos ..
Marziya and Nerjis after living for years in Bandra both are Bandraites have moved to their maternal grandparents house .
And now you can imagine the void loneliness of my wife s heart and my longing for my grandchildren.
But at this stage they have relocated and we talk to them. My son was out of the country but the day he arrived he left to see them he was going to spend his days with them and will return today .
I have most of Marziya images on Flickr as a set album .
But my back up is on DVDs so I bought a DVD player and last month began the task of retrieving her childhood memories and via the Windows Movie Maker began showcasing them as slide show on my You Tube Channel .
My only humble gift as a photographer to my first grandchild ..I sit late and go about it ..I told her about it but they don't have WIFI ..but she thanked me and I began to cry again ..
I spent the best years of my life with Marziya Shakir ..be it the Church Shia Mosque Ram Mandir I showed her all the places where Man hoarded God ..and taught her to see my world through the third eye of Shiva .
I made her shoot St Peter ..I made her shoot our Ram temple ..I made her see Mogul Masjid I made her shoot Ganesha Durga and I made her shoot the legend of Mr Rajesh Khanna at Ashirwad...and Kakaji loved her the most so did Salman Khan .
I made her shoot Moharam Shia kids scourging at Almeida park..I made her shoot beggars Hijras I made her shoot the poetry of my vision and bequeathed it to her ..
Zain Hussain presented her the Nikon DSLR she was barely 3 and he added to her cinematic fortitude but like me she is tired of shooting stills and wants to shoot stories people and her surroundings ..she will have her own You Tube channel soon .
So I made it feasible for her if she Google her name get childhood would come to life. Even after I am peacefully dead and gone living again in the eyes heart kidney liver of a beggar .
Happy Morning from Bandra .
And Marziya Shakir will never forget her gurus Dr Glenn Losack .Viola Marc De Clercq and Manuela Nessi.
By Firoze Shakir Photographer No1 - September 25, 2016

God is an umbrella above a Muslim beggars head 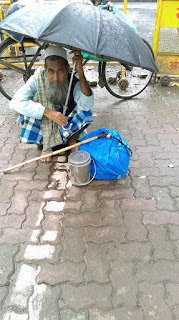 Hope won't turn hunger into bread
Being a Muslim beggar
an untouchable
Half living half dead .
His dying soul made of lead .
To despair remorse he was wed
A few coins as gratification in
His beggars bowl his cosmic fate
Fled ..once he is dead and gone
On his unmarked grave a patch of a green bed
...grass weeping in the winds
He was a a devout man tears they will
Shed ...
So beware beneath your feet lies dreams
Unfulfilled when hastily you tread ..
A Muslim cemetery invokes you recite a
Fatiah for those ..lying inert stone dead
Poeticizing a street moment that
attracted and repelled ....
words that sought comfort in synchronicity as
They cosmically rebelled ..
By Firoze Shakir Photographer No1 - September 25, 2016