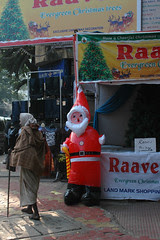 A woman was charged with sexual assault after allegedly groping Santa Claus at a Connecticut mall, Tuesday, Dec. 18, 2007. The mall Santa told police the woman had touched him inappropriately while sitting on his lap.

(CBS/AP) A woman was charged with sexual assault after allegedly groping Santa Claus at a shopping mall. 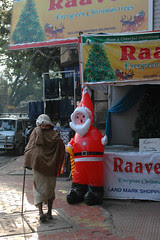 
My name is Firoze Shakir I am an Indian poet from Mumbai who has been racially abused , debarred from Poem Hunter poetry site for exposing rampant racism under the guise of Poetry..
I give you a sample of the vitriolic racist poems written about me, and Mr Trade Martin eminent American Poet has written to the Management of Poem Hunter…

Please help or giving me a link where I can place and seek redressal for my grievance..12/19/07 Attention: Emily at PoemHunter. (URGENT)

Dear Emily, I’ve also seen others, but these kinds of ugly writings

should be totally banned, along with the writers of these vile

postings. They are NOT GOOD for your site.

People of poem hunter..i am sorry to inform you that the indian satanist also called ‘Love poetry Hate racism’ is GAY! ! ! !
he fucks man..and he also loves one pussy that is cow pussy

It is sad for a lonley man..
who has no future
no life
no plan

He spreads diseases like Gonnerea
he also has Koro it is a psychiatric illness most common in South and East Asia whose primary symptom is an overwhelming fear that the penis is being slowly sucked into the body, resulting in death.
He is crazy
He talks about people…because he really admires them
he also admires being rammed up the ass by a rino
his legs start shaking by overjoyment…and he tiny penis may raise of a milimeter of an inch..and for him thats big

This is nothing but hate for my country, she has written such vile stuff on India , that I took up cudgels against her she has denigrated the Holy Cow , she has called us Indians stupid, now she is getting back to me as she knows I cant attack her having been banned from Poem Hunter…
I am now convinced that Poem Hunter supports Racism completely to the hilt..
An Indian man when he attacks people who provoke him racially with offensive abusive language , instead of giving him a warning is thrown out from a site that promotes Racism, neo nazism..
I have reported this to a few anti racist sites..
I have no problem, no regret being adversely punished by Poem Hunter, but justice should be equal to all irrespective of caste color or creed…

I recieved message from Poem Hunter Management that they have deleted her poems.
By firoze shakir - December 20, 2007 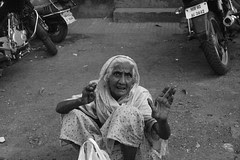 you keep getting into trouble
you and your hot air
balloon head
the poet racists of
a hate filled poetry world
want you debarrred and dead
with the connivance
of hackers
website managements misled
stop writing poetry she said
with your poetry blogs
you dont earn your daily bread
its poetic truth
that racism exists
in cyberspace
that they dread
many a
poet from the dark nether world
the racist poets have bled
aldo , arizona angel and also our own fred
their juggernaut wheels
over dead bodies they sped
these academicians
pompous poets well read
the law of nemesis
will catch up
surely
before they get ahead
i dedicate these lines
to trade howlin hazell
ray lucero and ted 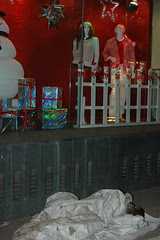 sheathed in a polythene gunny bag
sleeps the last vestige of an exhibit called man
tired hungry dreamless pangs
his doomed destiny on the shores
of despair his head bangs..
and lying to marginalise
him death bares her fangs