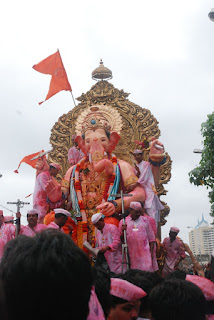 I leave now to pay my last tribute to the Lord of the Earth Water And Skies
His Home At Lalbagh His Earthly Paradise  ,,Removing Obstacles guarding you
with his Cosmic Eye ,, Beloved Raja Farewell Good Bye
By Firoze Shakir Photographer No1 - September 27, 2015 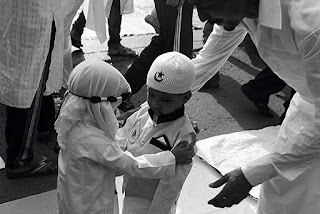 You cant blame media , media wants to give the Muslims the ambiance of Eid ,,as it has been coming down the ages from time immemorial two cute kids lovingly hugging each other and the poor Muslims love it ,, it is better than seeing bodies  piled one upon the other at Mecca and that too is an Eid picture thanks to Saudi monarchy's least respect for human lives , first the crane accident than came this huge one a great blow on the soul of humanity ,, and the Saudis are unapologetic , instead they are blaming the Hajis .. the pilgrims , this is their way of passing the buck and now they will give humongous compensation to the dead and injured shut the mouths of dissent .
Barring Iran no Muslim country will blame them for their atrocious attitude towards safety and preventive measures ,,and for some  whose relatives kith kin died in this tragedy this is a Black Eid ,, uncalled for deaths and unnecessary deaths ,,

Now the blame game has started and I pray for the injured may they recover speedily and may the souls of the dead Rest In Peace ,,

I think its time the Saudi authorities wake up from their slumber ..because negligence is nothing short of forced murder ,,this is is a cruel way of going  unprepared to Jannah .

And so sometimes even media manipulated Eid Hugging pictures act as a balm.. in such hard times in the Muslim world.
By Firoze Shakir Photographer No1 - September 27, 2015