Rodney Pike The Magician at Google+ 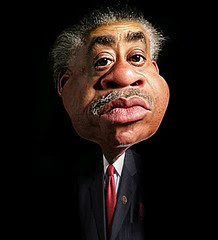 Rodney Pike The Magician at Google+, a photo by firoze shakir photographerno1 on Flickr.

Rodney Pike is my Google+ friend and keeps my soul and my poetry at peace with his Art.. He is humble responsive and down to earth , his Art is Awesome .. check out his blog..

My poem as a tribute to his Art and personality..

Satire with grace and skill.﻿

with peace
harmony
love
our hearts
he fills

from the beggar poet﻿ 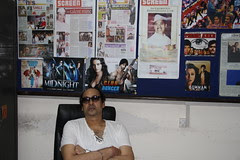 Mr Subir Mukherjee of Filamalaya Studios Andheri Mumbai, a photo by firoze shakir photographerno1 on Flickr.
By Firoze Shakir Photographer No1 - May 04, 2012 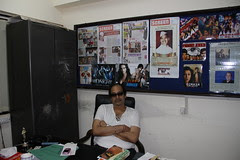 About his Father
Sashadhar Mukherjee

Sashadhar Mukherjee (Bengali: শশধর মুখার্জী) was a producer in Hindi films. He is part of the distinguished Mukherjee clan of Bollywood.


Sashadhar was Ashok Kumar and Kishore Kumar's brother-in-law, being married to their only sister, Sati Rani. He was also instrumental in getting Ashok Kumar into films. His children are Rono Mukherjee, Joy Mukherjee, Deb Mukherjee, Shomu Mukherjee, Shibani Maulik/nee Mukherjee, and Subir Mukherjee. Shomu married actress Tanuja and together they had two children: Kajol and Tanisha. Sashadhar's great niece is actress Rani Mukerji, whose grandfather Ravidramohan Mukherjee was Sashadhar's older brother. Sashadhar had two more brothers, film director Subodh Mukherjee and film producer Prabodh Mukherjee.
He was a producer for Bombay Talkies, and after the death of Himanshu Rai was involved in a tussle for control of Bombay Talkies with Devika Rani, actress and widow of Himanshu, who wanted control.[1][2]
In 1943 Sashadhar Mukherjee with Rai Bahadur Chunilal, Ashok Kumar and Gyan Mukherjee formed a partnership and started the studio Filmistan in Goregaon.
In the 1950s Sashadhar formed his own production house called Filmalaya in Andheri, near Amboli. He also ran an acting school and was instrumental in giving actresses like Asha Parekh and Sadhana a break in films. Nasir Hussain was a director involved with his productions as was R. K. Nayyar and Gyan Mukherjee , music director O. P. Nayyar was also associated with his solo productions. He launched his son Joy with the film Love in Simla, he also produced films like Ek Musafir Ek Hasina to further his son's career. 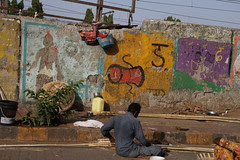