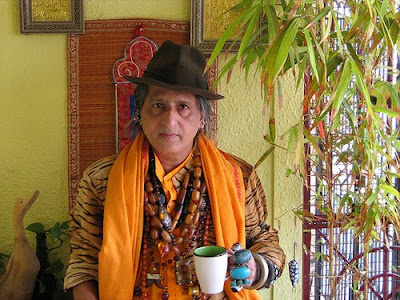 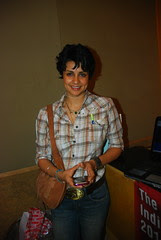 Gul Panag, a photo by firoze shakir photographerno1 on Flickr.

Gul started her education in Sangrur, in Punjab.[2] However, her father's army career ensured that, she moved to different places across India (and abroad). As a result of this, she studied in 14 different schools including Kendriya Vidyalayas (Chandigarh, Mhow, Leh and Wellington, Tamil Nadu), The Lawrence School, Lovedale and the International School of Lusaka, Zambia.[2] She did her Bachelors in Mathematics from Punjabi University, Patiala, and Masters in Political Science from Panjab University, Chandigarh.[2] As a student, Panag was interested in sports and public speaking. She won numerous state and national level debate competitions, including two gold medals at the Annual National Inter University Debate competition.[1][3]
[edit] Career

Gul won the coveted Miss India title in 1999, and was crowned Miss Beautiful Smile at the same pageant.[4] At the Miss Universe 1999 pageant, she was ranked among the Top 10 contestants. Gul began her career in Bollywood, with the 2003 film Dhoop. Since then, she has worked in films like Jurm (2005) and the TV series Kashmeer.[5] She played a commoner, fighting hard to save her husband from going to the gallows, in the 2006 Nagesh Kukunoor film, Dor. In 2008, she acted in the films Hello and Summer 2007. In 2009, she was seen in the movie Straight. She featured in Rann in a role attempting to stop her boy friend from doing the right thing. Gul appeared on the front page of Maxim with whom she did a photo shoot in September 2008.[6][7]

Gul has appeared in numerous advertisements on television and print media over the past decade or so (most notably - The Titan Raga watches ads, and most recently in the Tata Sky ads along with Aamir Khan). Gul is the brand ambassador for Tata Sky, along with Aamir Khan.

She ran at the Delhi Half Marathon in November 2010, but endured eve teasing from male runners at the event. She later remarked that the attitude of men in Delhi needed to change and that the city was unsafe for women.[8]
[edit] Personal life

Gul is techno-savvy, with strong and interesting views on most subjects. She is highly active on Twitter. She was the Twitter Face for the Wills Lifestyle India Fashion Week held in 2009, to cover the happenings/proceedings on the micro-blogging site.[9]

Gul Panag got married to her long time boyfriend Rishi Attari on March 13, 2011 in a gurudwara in Chandigarh in a traditional Punjabi Sikh ceremony.[10][11]
[edit] Awards 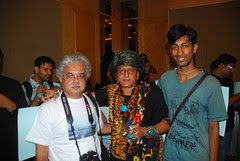 This was the first time I met Deepak Amembal , we were fellow bloggers at Fotothing and it was Deepak who introduced me to Flickr in 20005 .. I posted some stuff deleted my Flickr account as I was heavy into Blogspot and Buzznet.. the two pillars foundations of my metamorphosis from a photographer to a blogger..

I began blogging again I still have my old account as a blogger my homesite Photographerno1 .. I dont post anything here it is just my unmarked grave reminder as a trauma of a blogger who shoots controversial stuff and Shiasm that gets on the goat of Wahabbi and other puritanical elements that hate the Shia ideology..

Shias are a persecuted race but than we have bigots among the Shias too so I have distanced myself from all this congregational stuff and metaphorically poetically I call myself a Hindu Shia lover of Hussain and lover of my Country Hindustan its cultural inheritance that I blog promote as Hope Hindutva living in peace with all Humanity..

I moved out of Facebook too I am now on Google+

I am a Dam Madar Malang too.. 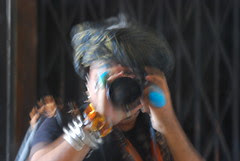 Hysterics Of Blogging, a photo by firoze shakir photographerno1 on Flickr.

Grand Pa What a Bore First Day On Earth..

Grand Pa What a Bore First Day On Earth.., a photo by firoze shakir photographerno1 on Flickr.

said nerjis asif shakir on the first day of her birth...

I See The World Through My Grand Fathers Eyes Sometimes

I See The World Through My Grand Fathers Eyes Sometimes, a photo by firoze shakir photographerno1 on Flickr.
By Firoze Shakir Photographer No1 - October 18, 2011