I Am Stalked By Beggars Wherever I Go 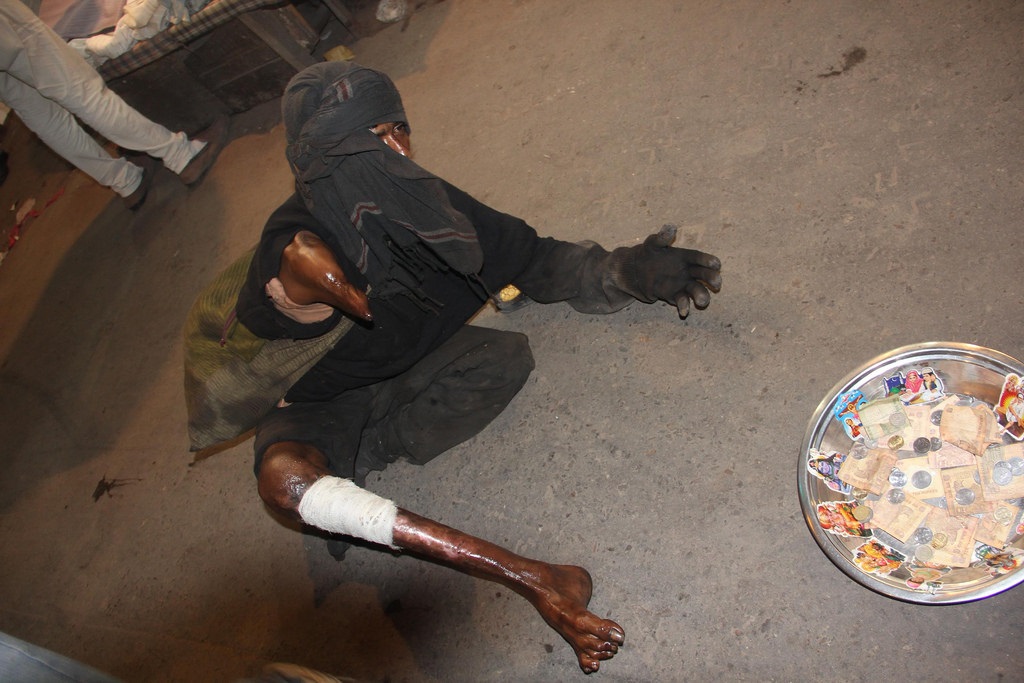 they follow me so
i will bring them
to the fore their
pain struggle
their angst
expose it to
the world as
never before
their wounds
their morbid
flesh devoid
of its core
crawling like
injured snakes
writhing in agony
on the floor ..
society bigoted
has shut its doors
untouchables of
humanity with
bleeding pus
infested sores
crippled disabled
blind deaf mute
some more
children of a
lesser god
on the other
side of a depleted
shore moving a boat
handless without oars

Email ThisBlogThis!Share to TwitterShare to FacebookShare to Pinterest
Labels: I Am Stalked By Beggars Wherever I Go 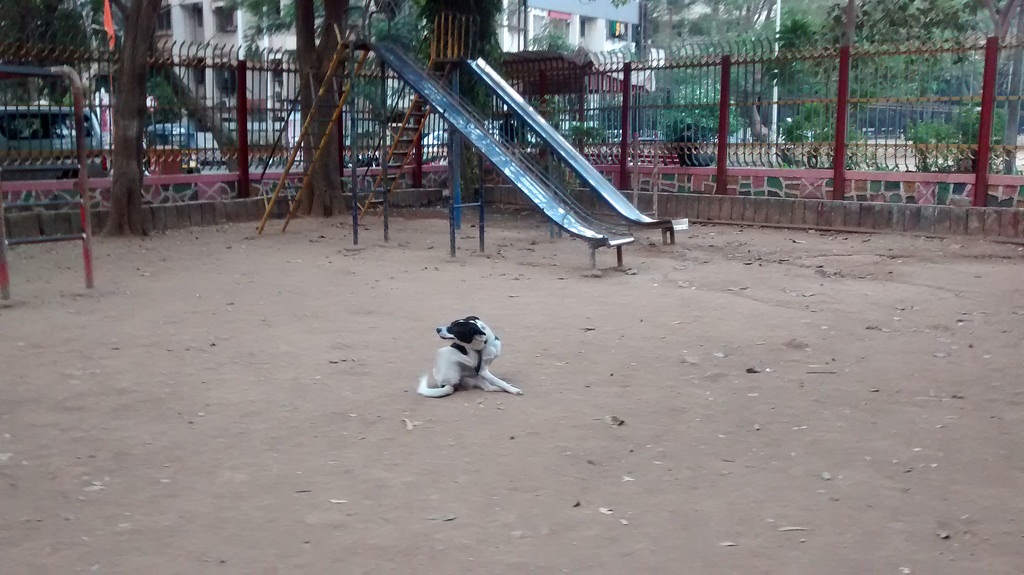 And these are ferocious strays that enter the park as it has no guards, no security outpost .

In the nights I am told the drunks drugaddicts climb the railing and do their stuff inside .. and this is blot on the beauty of this part of  Bandra Reclamation known as Gen Arun Kumar Vaida Marg.. and this is a BJP Shivsena stronghold and vote bank,

Early in the mornings senior Maharadhtrians come here to do yoga and were grumbling about the state of this park , orphaned by the Mumbai Municipality ,, the name board needs fresh pain , the slides are in dangerous condition and id a child slides down into a puddle of filth he goes .

The park is used by adults and older kids for free hand exercise , they could really build a small gym here , for the youth that voted for BJP and trusted the Modi wave  for change progress and development .

And I think the Bandra Municipality is an autonomous entity as it hardly cares for the local representatives or public opinion..and our Congress corporator is not made of that material that he would fight for this end of Bandra ..he is more comfortable and often seen in Muslim slum pockets the quintessential Congress Muslim vote bank..

Politically there is an invisible Hiindu Muslim polarization in Bandra . a fact that can be seen b the discerning person.. in terms of appeasement only .

Muslims are wooed by the Muslim politicians and Hindus the richer one from this part of Bandra hardly need any appeasement just a good park and less robberies .. a stall was broken in opposite the MET Gardens .

And I wanted to leave this post blank .. but I hate biting barking stray dogs ,, as simple as that as a child I was bitten a lot b strays and I am sure it was my school bag that the dogs thought I was a ragpicker too.. and I remember the giant injections at St George Hospital.. I am a Colaba refugee and Bandra gave me reason to feel and love it as my daughter and granddaughters were born in Bandra .
I do not belong to any political party but I hate seeing Bandra going to the Dogs ,, And I am sure you original inhabitants of Bandra feel the same like me or more  than me.

Email ThisBlogThis!Share to TwitterShare to FacebookShare to Pinterest
Labels: And Let The Municipality Know That Gen Arun Vaidya Children s Park Bandra Reclamation Has Literally Gone To The Dogs 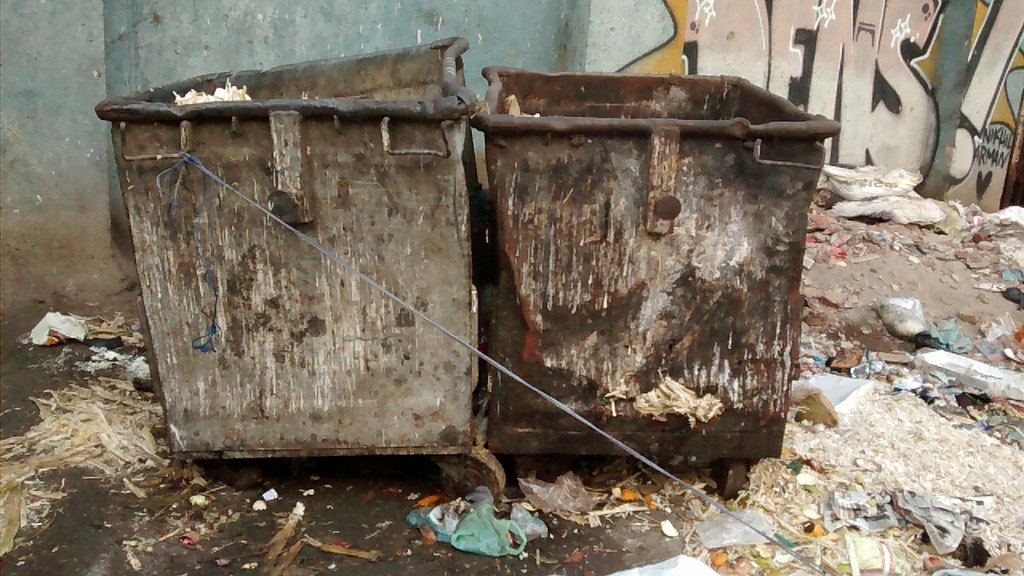 Two dustbins in the picture to hold garbage

Suicide By Garbage Give Us Arvind Kejriwal In Exchange 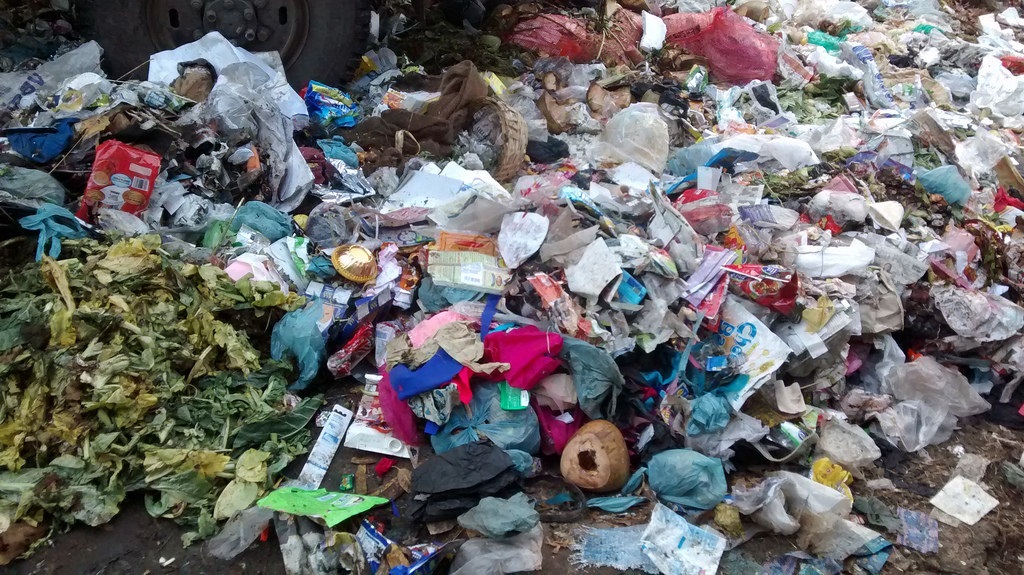 suicide by garbage
said the mother to
her son while passing
this place son please
dont inhale the fetid
poisonous fumes
garbage on rampage
your mind will get
damaged ..my pleas
to those in charge
on deaf  ears a daily
war with the bandra
municipality we wage
our mute silent leaders
if you tell then of your
woes  take umbrage
unless there was a
man like arvind kejiriwal
in bandra things would
certainly change
but son he is in delhi
so far out of range
please take our
leaders free of
charge said the mother
give us arvind kejiwal
in exchange

Email ThisBlogThis!Share to TwitterShare to FacebookShare to Pinterest
Labels: Suicide By Garbage Give Us Arvind Kejriwal In Exchange 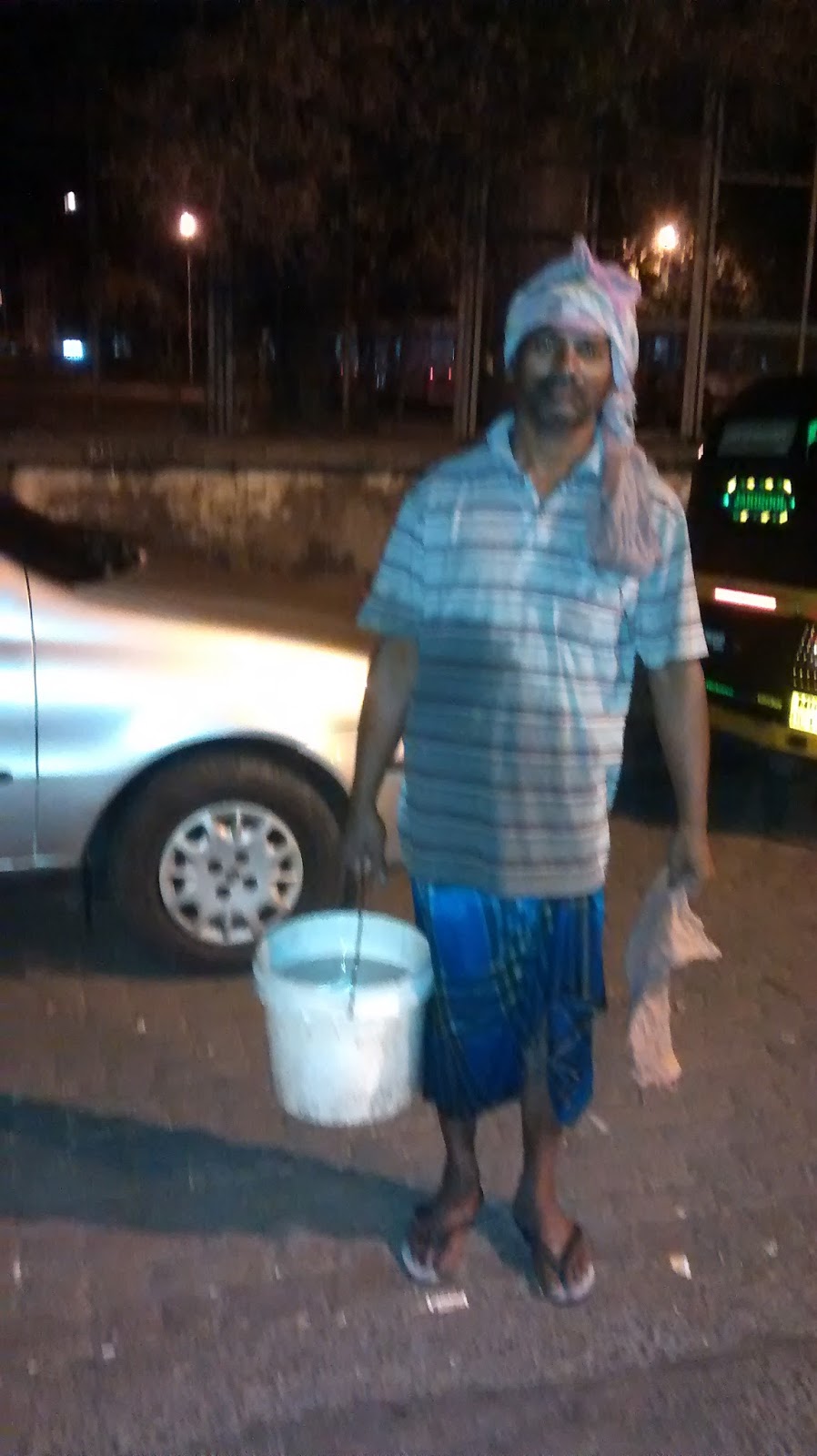 I left my house for my morning walk at 5.50 am and I reached the end of Bandra Reclamation by 6.12 on my way back I met Hanif Mistry he cleans rickshas near the Bandra Reclamation BUs Depot .I spoke to him , and said I would like to share his story.

He starts work of cleaning the rickshas at 3.30 am he  washes cleans about 10 rickshas , the migrant North Indian ricksha drivers give him Rs 20 per rickshah .. he finshes his work by  am and will head for his job at another place by 9 am.

After talking to him I met the ragpicker  Mohomed Saddam Hussain , he wanted to know if there was any job vacant for him..I nodded my head and reached the MET Gardens at 6.23 I did 11 rounds and walked next door to the Gen Arun Vaidya Park , outside I met some Maharashtrian senior citizens who do yoga in the park about  of them we had a long chat about the deplorable condition of the park and the were ver critical and caustic that they had voted for Ms Poonam Mahajan and had yet to see her visit this park and their area ..I told them from the day Ms Poonam Mahajan won her seat I have been tweeting her ever since , I must have been the first to congratulate her from my area on Twitter and I have been tagging her with the state of the garbage sites and this park.. but she does not answer any tweet nor does her office .

The only one who responds from time to time is Advocate Mr Ashish Shelar .

I took their leave without telling them that perhaps a visit of Ms Poonam Mahajan is long overdue in Bandra Bazar too.and perhaps these too might not materialize if she is inducted in Mr Dev Fadnavis cabinet.


I did my free hand exercise and headed home shooting my garbage pictures of the day..

And all this is part of my Bandra Blogs.

I am not very good at shooting videos but I think I will train myself shooting the various garbage hell holes of Bandra on You Tube. 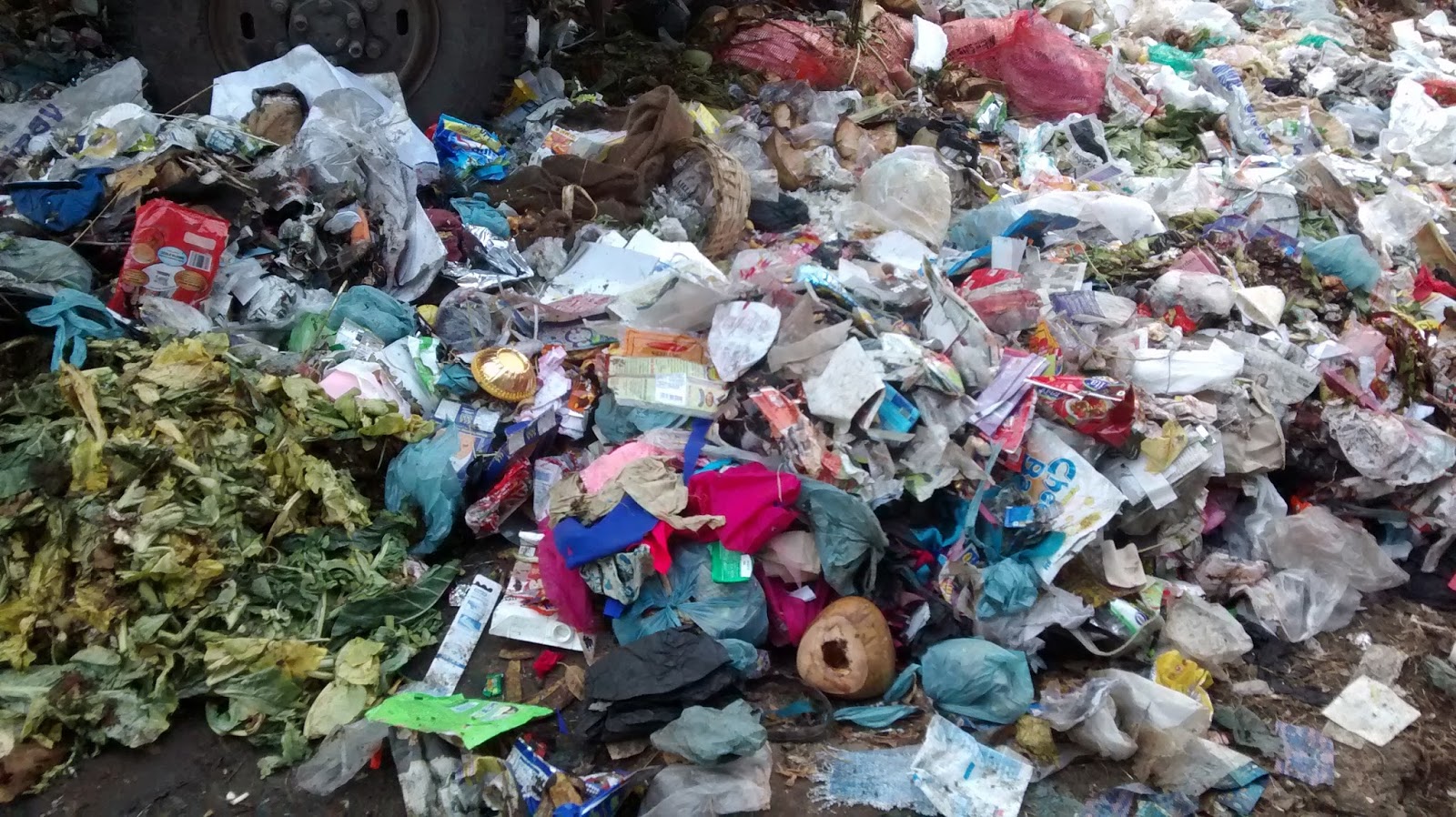 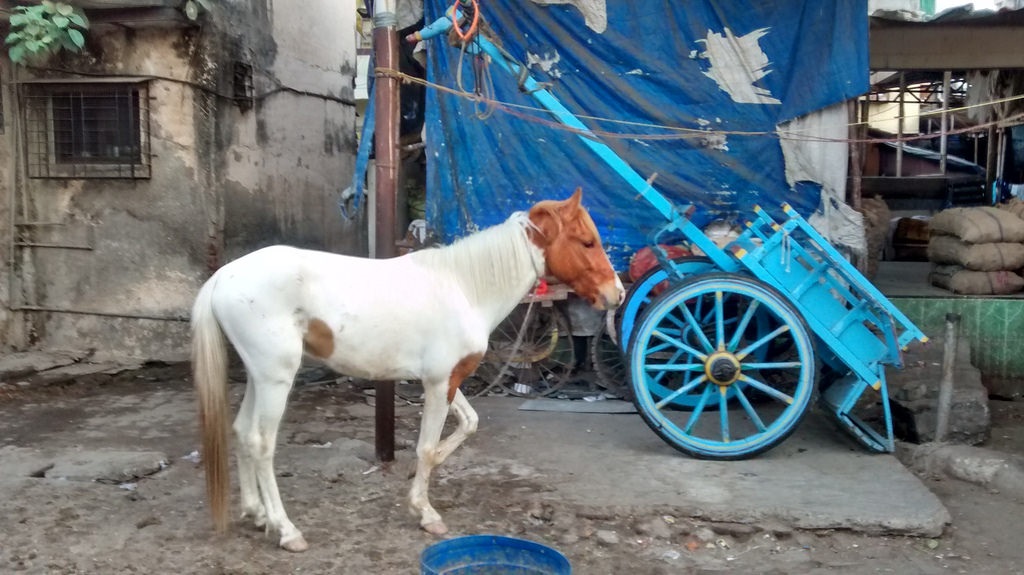 For The Poor Man Death Is Better Than Dreams 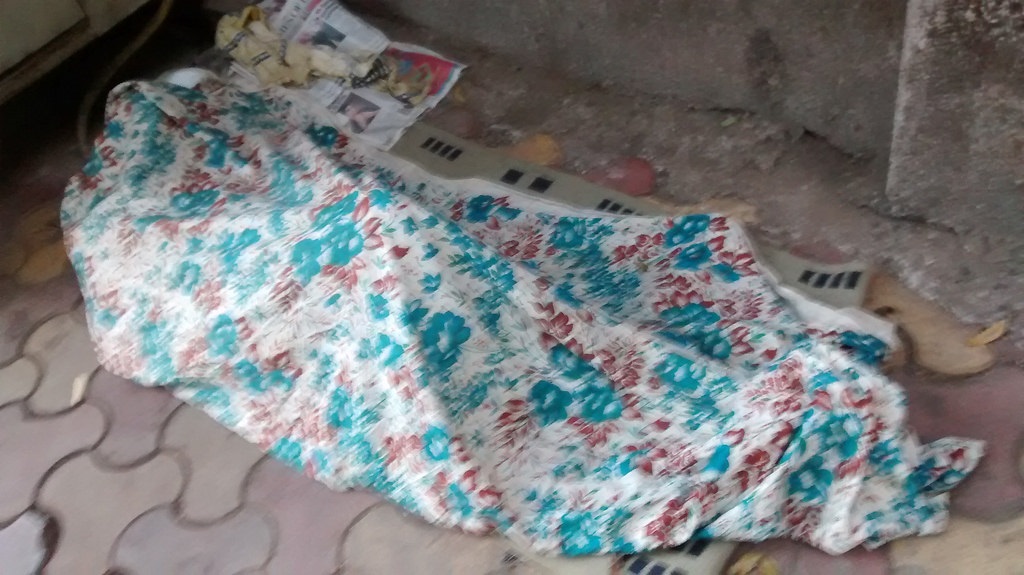 Who is this man ?

He is a patient waiting for a bed  at Bhabha Hospital Bandra .. and he hopes somebody dies so he can inherit the bed for his treatment .

And like him drug addicts ragpickers lie outside the hospital with gangrene , gaping holes in the legs ..and terminal cases in the last stages ..

And who really cares sadly no Hindu Mother Theresa .. here the dying person whatever his religiosity would love to convert just to feel the healing touch of Faith.

You will never find a Tabbliki or a Jamati trying to help a sick man , first the will search for his skullcap.

And even the Shia or even the Sunni Maulana will never stop to give a healing touch to the dying man , everyone talks of Humility , but Humility is Dead it died when Mother Theresa died .. that she was famous was not her fault it was the dying destiny of the poor that made he famous and today she is being targeted by Hon Saint of The Hindus Mr Mohan Bhagwat ,, how many poor destitute and dying has he helped or healed.

Even the Christian priest ensconced in the Church will never dirty his American Express laundered cassock to stop pick up the man lying outside the Church,,

Even the nuns at Holy Family Hospital will snatch money from the dying man before he leaves his hospital bed ,,

And this is Religion of the people by the people for the People ,, democratically delusional.

And this is life even outside the Parsi Agiary ,, no I  wont say anything further I have great equation with Hindus Sunnis and Parsis I am a Shia but this world has no COMPASSION ,,

And now they are searching for the Devils Advocate .