i was caught in the net of her deceit 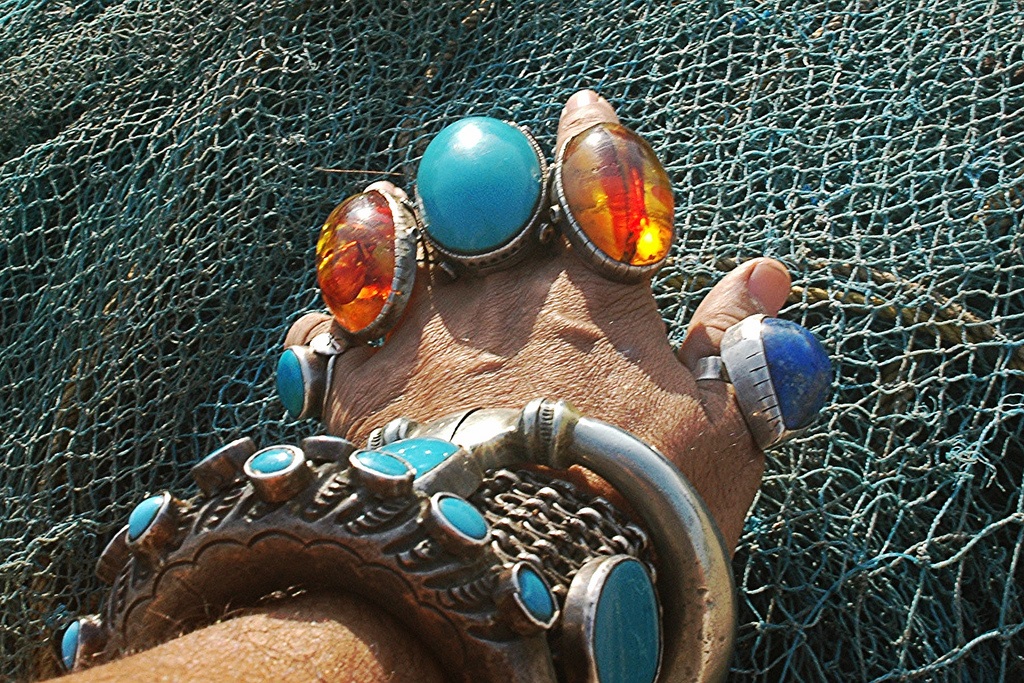 she took me for a ride
fraudulent machinations
cosmic circle of evil
she was a cockteaser
a cheat she robbed me
of my feelings my emotions
my love i encountered my
first romantic defeat
my love on the internet
a complete disaster
a complete failure
a grand kick of her
high heels on my
humble backseat
it was her sweet
angelic face her
beaming heaving
bosom bursting at
the seams that
conned entrapped
me a beggar poet
barefeet ..her posterior
her hourglass shape
those pendulous
movements those
shapely feet
oh friend alex
now you know
why i dont shoot
legs ..memories
that bludgeon me
a poet incomplete
dehydrated dreams
i tried to
erase delete ,,
this polygamous
philandering got
the better of me
when i realized one
in the hand is better
than the entire bush
my languishing libido
over pumped adrenalin
yes canine like it was
me not her on heat
i saved my poetic
ass .. at least ,,

Email ThisBlogThis!Share to TwitterShare to FacebookShare to Pinterest
Labels: i was caught in the net of her deceit

The Dhuni Of The Rafaees At Makhdhoom Shah Babas Dargah Mahim 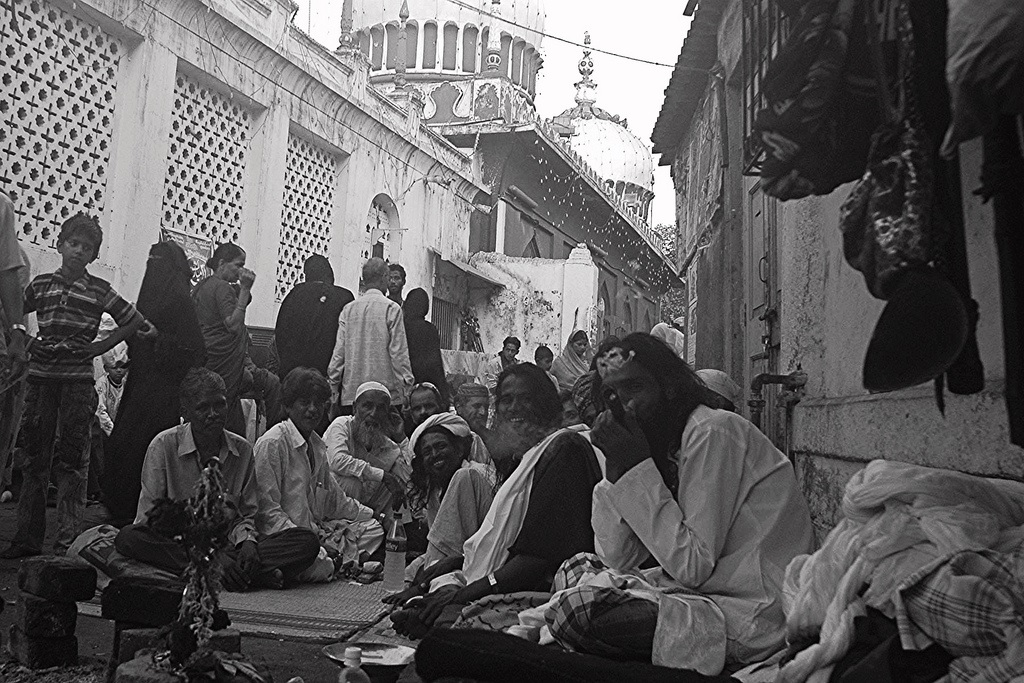 During the Urus of Holy Saint Makhdhoom Shah Baba at Mahim,which is celebrated with great pomp splendor , inaugurated by a grand procession by the Mahim police and the police pay tribute to him by placing a Chaddar and sandal paste at His Holy Shrine , with this ceremony the Urus commences for 10 days , and there is a huge fair at the seafront .

Huge crowds come to the Holy Shrine , from all over Mumbai and many part of India such is his following known as Kutba e Konkan and the pride of Mumbai .. promoter of peace tolerance and coexistence Hindus Muslims all communities come to the Dargah for holistic healing offer prayers take his Blessings .


The Rafaees or Rifais are followers of a Sufi Saint Ahmed Rifai from Iraq and descendant of the Holy Prophets lineage .

The Rifais are Sufi mendicants , last vestige of the fakirs of yore , they perform body piercing acts , and entertain the crowds that pays them generously ..there are several Rafaee orders Qadri Jalali  etc .

The Rifaisat Mahim hail from the Shancawalli Dargah So I began calling the Chancawalli Rafaees .. I began documenting  them from Mahim under the patronage of late Sikandar Wali Baba , after his sad demise Handi Sai in the picture took over the seat of the Murshad , but than he too passed away at Kota Rajastan, several other replacements .. and the grooup self splintered each one going his way.

But I meet them all at Jalali Chowk at Ajmer Urus .. and I sit with them talk of old times , I dont smoke hash or chillum , but always share tea with them.

A lot of my rafaee friends died , one of the main Rafaee connected also to the Dam Madar Malang order is Mehboob Ali Bawa .. I met him at Urus Of Zinda Shah Madar in Makanpur .

I was shooting he Rafaees following them during the Urus circuit , in a way they were the ones that showed me Haji Malang Shrine and Ajmer too.

This years I could not meet them at Mahim Urus I was in Lucknow for Chehlum. and now with my bronchial attacks a serious diabetic leg wound I am not sure if I will be able to climb the Malangad Mountains for the Urus of Haji Malang Baba .

The Rafaees are simple folks but they can get hyper , and maybe because they smoke a lot of dope they tend to get volatile and bad tempered but cool down after some time.

The are recluse ascetic and loners .. so they have a lot of riff raff hangar ons as followers or Murids , these Murids do the domestic chores of the Rifais , and are kept satisfied with getting to smoke and free food.


The Rafaees also do Dua Taweez spiritual healing exorcisms etc ..and these are some 40 old frames I am re blogging as monochromes of Rifai life at the Mahim Dhuni.

After I became a Malang of the Dam Madar Malang order I began documenting them and my interaction with the Rifais became negligible.

Email ThisBlogThis!Share to TwitterShare to FacebookShare to Pinterest
Labels: The Dhuni Of The Rafaees At Makhdhoom Shah Babas Dargah Mahim 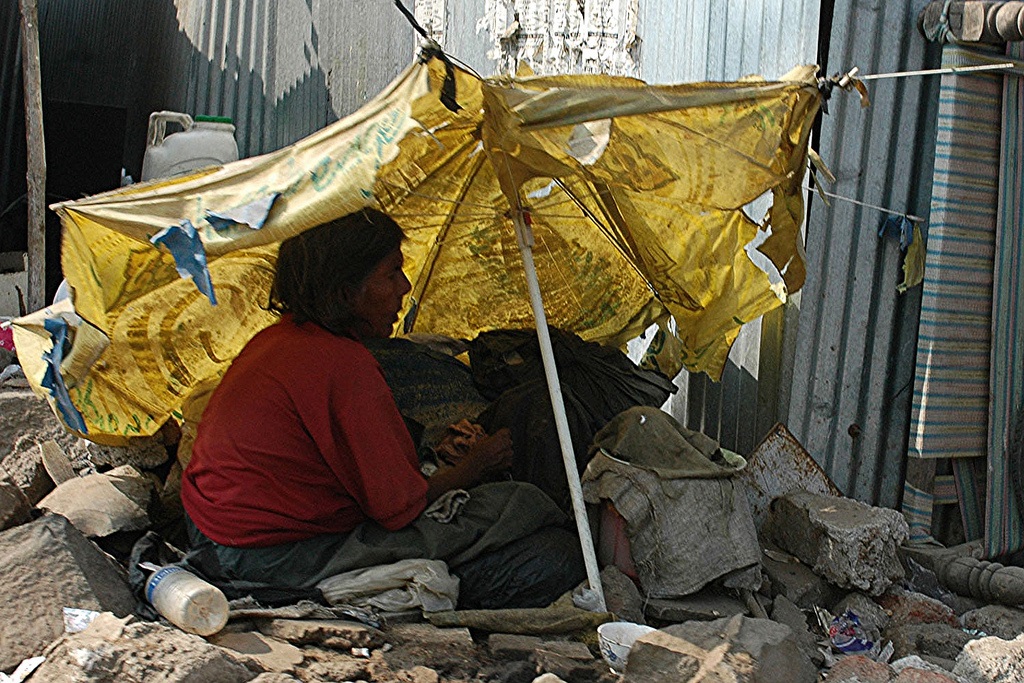 I documented the life of this homeless lady who sat her life under an umbrella , protecting her from the harsh rays of the sun or the heavy monsoons  she survived most of the seasons , and strangely her entire life I never saw her stand or walk... she just sat . I caught her bathing one day ,  sitting washing her self with her skirt raised to her chest.

Would she have survived this winter 13 C I dont know , but she died silently , the tea stall lady where she sat told me the municipal hearse took her corpse away ,, now there is a soundless void where she sat.

And such are stories woven as images by the cosmic camera ..I do miss shooting her .. and this is a very old picture of hers .. I never heard her talk her entire life was speechless remorse .. but she lived died on her own terms .. without being a burden on anyone else .