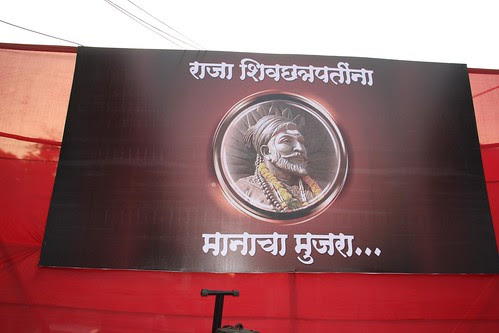 I am not to well , fever and the after effects of the electric shot that I suffered while cleaning Marziyas Fish Tank..

But I took Nerjis downstairs to shoot and document Hope And Hindutva .. A Message of Peace Hope And Humanity as seen through my cosmic eye and gifted to my 2 and a half year old grand daughter ,,,street photographer , blogger in waiting ,,, but already an inspirational source on Indi Blogger ,,,

Most of the pictures she shot standing on a chair.. 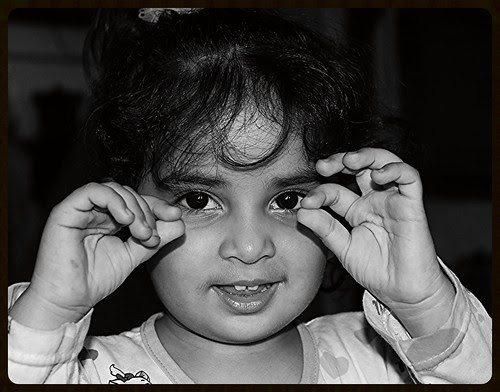 Nerjis Asif Shakir Birth Of A Street Photographer, a photo by firoze shakir photographerno1 on Flickr.

Nerjis Asif Shakir was born on 17 July ..the same day as her father , and at the same hospital Holy Family Hospital Bandra like her sister Marziya Shakir ..I used to call her Google+ Kid as I blogged her birth on Google+ ..

I did push the camera her way , lets its fragrance imbibe her soul and her inner being.. at 5 month she was hitting the trigger with my help.. I let the camera grow on her seamlessly ,,,and at 8 month she met Mr Rajesh Khanna , she has neither forgotten him nor Ashirwad , his house where he had blessed her .

Here I must add she could not walk , she toddled but the day she went to Mr Rajesh Khannas house he called her out where he was sitting on his sofa and I could hardly believe it even now , she got up and as though in a spell walked towards him unfaltering ,, a step at a time..

Than after his death she goes with me to meet Bala .. Mr Rajesh Khannas Man Friday.

Recently I took her to Mr Prem Chopras house and here she shot the veteran to his surprise .. Nerjis and I share the same vivid wave length , she sees through my vision , and will see a guy sleeping on the road she will look up at me questioningly ,, to shoot or not to shoot ,,

This is Nerjis her tryst with the camera that I documented for her on Flickr Blogspot, when I am at home , she will tell me to show her first birthday pictures, and the bond not merely as grandfather but as a teacher and student has grown I have unlearnt photography from this great teacher now just two and a half year old.

She loves to paint , draw and write and an avid learner , and a non stop chatterbox..

The Flowerhorns she has named Chinu Minu Titu Pitu and they are 11 ,, so the first four are her friends ,,and they wait for her to come from school.. yes fishes heal and are healed in return by child's hand on the aquarium glass .