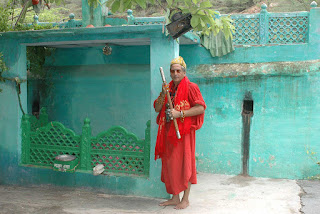 I first visited Ajmer Urus in 2005 along with Ajmer Urus I shot Taragadh and Pushkar ...

This year I could not make it for Chadiyan annual pilgrimage walk of the Malangs that starts from Bu Shah Qalandar Panipat and Kalliar Sharif Uttarkhand and all the malangs rafaees qalandaris meet at Dargah Bakhtiar Kaki move to Ajmer on foor over 550 km in 13 days ,,,

I was to start from Panipat along with Haji Masoom Ali Qalandari and his son my hardcore fan Mehtab.

I had taken a film staring Danny sab that has been delayed I could not move out ,,much as I tried .

I thought  I would go for a few days to shoot the Urus 2018 but than Khwajah ji wanted me to shoot the Farmers March and do Mr Pehlaj Nihalinis film and my meeting with Chichi Govinda at ND Studios Karjat was very important moment in my life .. we were meeting after more than 15 years .

And Pehlajji is family I did his  film Andhi Toofan directed by B Subhash I did Dannyjis  look and costume.

I worked with him for many films from his Chiragdeep International.

And this image was shot in 2006 when I visited the Grave of the Hijra Saint and his biological son near Taragadh I had climbed the rocky mountains barefeet.