The Wise Sadhu At Maha Kumbh 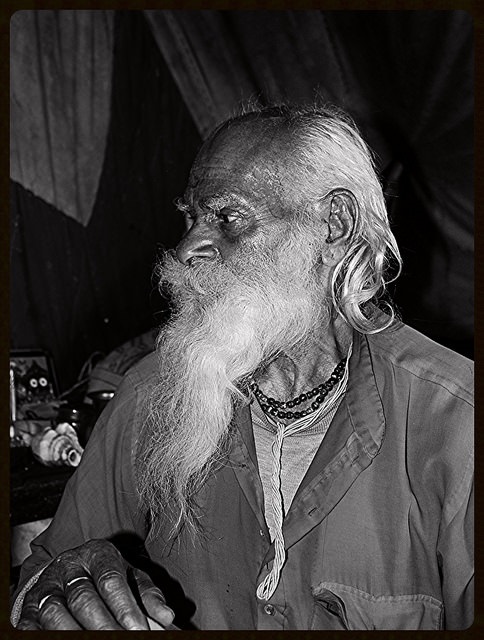 He stayed in a tent close to my Naga Grys tent , a follower of Goddess Durga , he earned his daily bread doing various puja at Sangam Allahabad.

He was married had a wife son daughter in law and happy grand children.

He was a strict disciplinarian, objected to people who visited our commune and messed the makeshift toilet..

He would call me to his tent totally excited with my camera but not ready to believe that I was a Muslim.. He would ask me about Mumbai , the film world and my Bollywood connections.

Than he would ask me about my Sufi Malang order ,Ajmer Sharif..he was in awe of my Naga Guru..and as I was staying with the Nagas he spent time with me , would see that his wife made tea for me , his grandchildren family touched my feet ..

So for me the Maha Kumbh was not merely shooting pictures but becoming a part of this austere world and highly colrful to say the least.

Laveesh Tewari and his family that owned the plot where we lived in this tent commune were , Pandas , they are famous in Allahabad organizing spiritual services , and very reasonable to suit your budget.

Almost a year has passed but I am now looking forward to the Nasik Kumbh..in my own state of Maharashtra.

If my Tantric Guru Khamkhya Kapoor comes down from Hardwar than I might go to meet him , he is the most astounding mystic connected to Goddess Khamkhya..

This Maha Kumbh set at Flickr is my favorite set , second Kumbh of my life ,,, it has not ended as yet.
By Firoze Shakir Photographer No1 - June 13, 2014

Email ThisBlogThis!Share to TwitterShare to FacebookShare to Pinterest
Labels: The Maha Kumbh Experience, The Wise Sadhu At Maha Kumbh 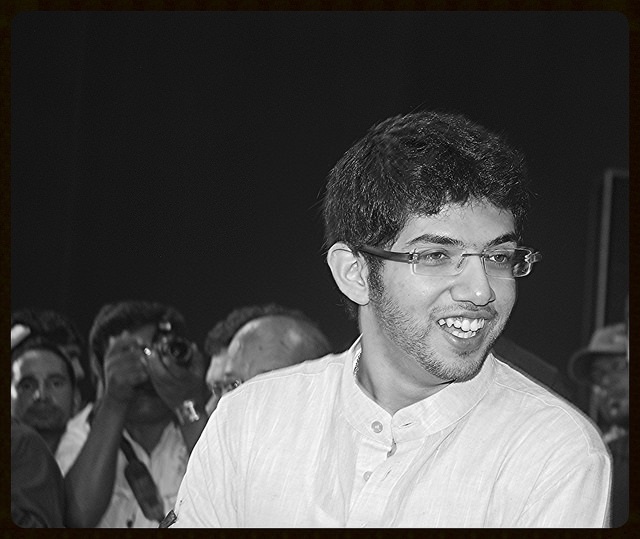 Aditya Thackeray (born 13 June 1990) is the son of Uddhav Thackeray, leader and chairperson of the Shiv Sena, and grandson of Balasaheb Thackeray.[1] He is currently head of Yuva Sena, a youth wing of Shiv Sena.

Aditya established the Yuva Sena on 17 October 2010 and it has units across Maharashtra, Rajasthan, Madhya Pradesh, Kerala, Bihar and Jammu and Kashmir.

Work[edit]
His first book of poems, 'My Thoughts in White and Black', was published in 2007. The following year, he turned lyricist and released a private album Ummeed, for which he wrote all the eight songs.[2]