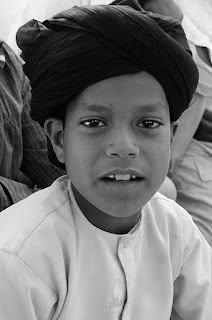 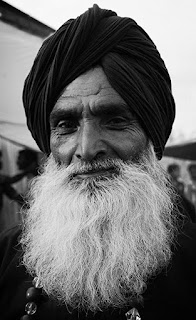 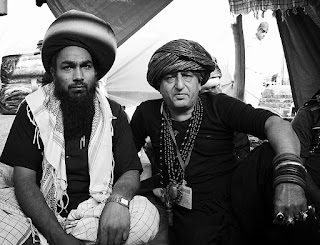 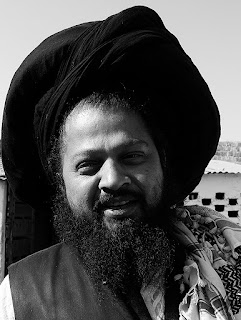 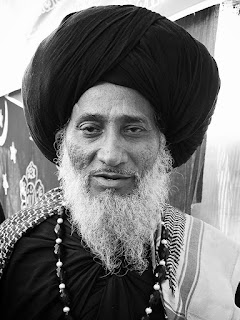 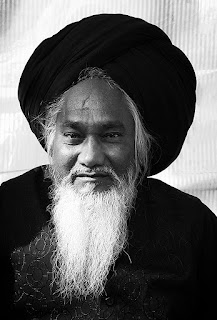 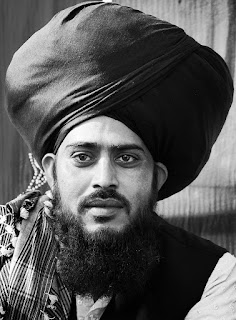 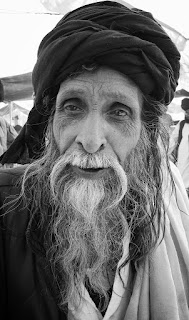 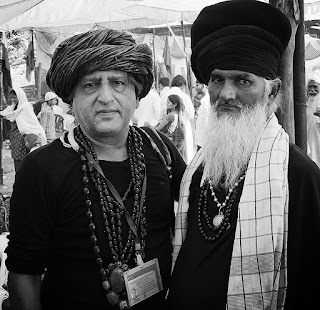 I came here accidentally .. more of a divine intervention barring Moharam I hardly go out of Mumbai ..Moharam takes me to different cities of India .
And Ajmer Sharif I visit during the Urus ,,some of the Dargahs I visited in India too happened accidentally visiting Dewa Sharif . Mira Datar Unjha .
I used to go to Haji Malang but because of my diabetic condition swelling on my feet I am unable to reach the top..I am trying to build my stamina through tennis of late .
Makanpur first visit was a tough trip getting of at Kanpur changing various rickshas than reaching by bus to Airiol and finally my destination,. at Makanpur you can go on shooting till you drop dead ,, Malangs from all over India ,, paying tribute to the Dargah of Zinda Shah Madar ,, as I lived with Malangs it was not that tough for me ,, The Dhamal at Makanpur is out of the world ,, led by the Rifais and the Qalandris ,,they pay homage to to Masoomi Baba and show their skills he rewards them..there are Malangs living here in their tents representing the various order of Dam Madar Malangs , young Malangs old Malangs ,,
The Hindus Brahmins of Makanpur felicitate the Malangs , wash their hands feet , and serve food to the Malangs I mean if you see this beautiful amity that exists miles away from media newspaper coverage you will understand the Beauty of India mutual respect tolerance this is the Middle Path of Peace ..the Malangs thank the host bless his wife children and grandchildren ..
The Malangs foot soldiers of the Humility of Zinda Shah Madar are felicitated by the Head of The Khadims or Gaddi Nashin Baki Sab,, we were given a set of Maang clothes .. I too as a Malang got a set that I gave to another poorer Malang who had not come for the felicitation,... my wardrobe and my sartorial quirk has its own trade mark..
I shot a lot of images did not shoot videos , took a dip in the holy river near the Holy Shrine ,, and finally left a day after the Main Urus taking a bus from Makanpur to Kanpur and another bus from Kanpur to Alambagh Lucknow ,, I returned to Mumbai from Lucknow after paying respect to my in laws.
By Firoze Shakir Photographer No1 - September 16, 2015

Email ThisBlogThis!Share to TwitterShare to FacebookShare to Pinterest
Labels: Shooting The Dam Madar Malangs at Makanpur UP 2013 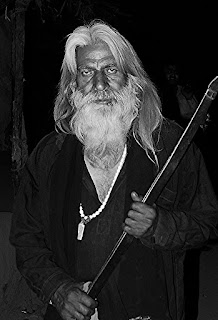 I have not met him since last few years , this was shot in 2010 at Haji Malang.

He does not mix with people stays to himself but got along well with me and he is extremely photogenic , he is a Malang.

He is a Hindu Kashmiri .. but taking solace in Sufism.
By Firoze Shakir Photographer No1 - September 16, 2015

My Guru and Me ..Man Kunto Maulah Ya Ali Ya Ali 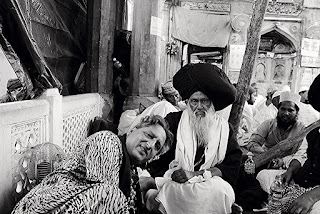 More than the Indian photographers its the foreign photographers that have documented the Malangs , foreigners from Poland France Holland walking with the Malangs from Nizamuddin Aulia Dargah Delhi with the Standard of the Great Saint Khwajah Garib Nawaz till Ajmer though most of the Malangs like Masoom Ali Baba Rifaee and the Qalandaris walk from Kalliar Sharif Panipat via Delhi to Ajmer Sharif,, this is an age long tradition once they hand over the Standard the following day the Ajmer Urus begins ,,
The Makanpur Urus of the head of the Madariyya order does not have many foreigners as there is no boarding lodging near the Shrine people live in makeshift tents and some in rented houses but it it totally totally packed ,, here it is complete Malang territory , Malangs are initiated upgraded , and they are made Khalifas of their order even the new initiates have to go to a river near the Holy Shrine get cleansed and the rituals start , the new initiate begs from the crowds..
I have documented all this when I was here in 2013 .. the Malang lifestyle is austere , simple and caring for the poor the needy ,, feeding them giving them spiritual guidance so the poor of Uttar Pradesh come in hordes to the Urus of Zinda Shah Madar.
Syed Masoomi Baba my Madar Guru is the most famous well known person here , and highly respected , scholars , Islamic teachers students all throng to him and there are a lot of Shias attached to the order of the Madariyya Sufis.. I met a lot of them.. and they all wanted to meet me to find out from where I got my kama for cutting my head during Moharam they had seen my Kama matam pictures on the net.
As a photographer I love shooting the Malangs ,, I shoot other ascetics mendicants , bawas but the Malang photography gives me a high..these simple people who have renounced life their homes their families to be with the poor ..they have no belongings and live at some Dargah in their hometown or nomadic on the move from one Urus to another ..all over India.
By Firoze Shakir Photographer No1 - September 16, 2015 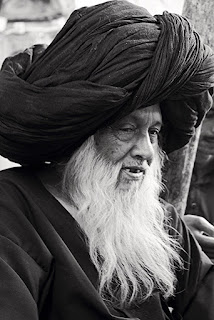 Syed Masoomi Baba head of the Asqan branch of the Dam Madar Malang has the longest dreadhead ..more than 20 feet , and the day they literally let down their hair on the main day of the Urus of Zinda Madar Shah at Makanpur Holy Shrine Syed Masoomi Baba stayed back at his asthana .. enclosure as he was not well and is in frail health he is over 80 years old , he has hip bone problem,. he is not active as he was about 10 years back.,. but he travels to Makanpur Ajmer accompanied by Syed Rafiq Baba his confidante and right hand malang .

They are always together ,at Ajmer or Makanpur the seat of their iconic Sufi order ..their dress code is black top black turban but a white lungi beneath.. a must.. I had a problem with a few malangs who objected to my wearing all black.. so I wear my tiger printed shalwar , but have also made a white shalwar for occasions when Malangs are felicitated by the head Khadims of Makanpur dargah.
By Firoze Shakir Photographer No1 - September 16, 2015 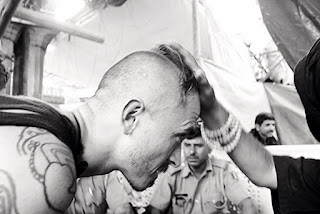 We met at Ajjmer and this unique humble photographer was shooting Ajmer on a disposable Kodak camera ,,,he was blessed by Syed Masoomi Baba 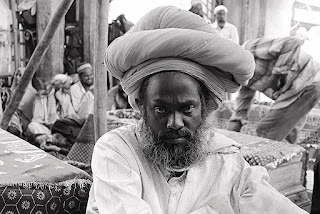 He Fed My Body And My Soul 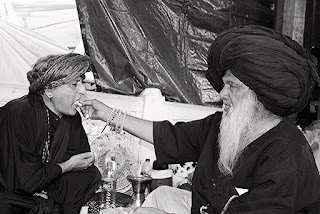 he taught me to be humble respect elders and the old in face of adversity he told
me be bold ..knowledge
wisdom the only wealth
its weight in gold
my sufi guru a malang
made me see through
a blindfold he called it
the cosmic eye , shoot
behold a moment in
destiny's hold within
your reach within your
control ..shoot the flesh
but dont forget to steal
the soul.. part and whole
By Firoze Shakir Photographer No1 - September 16, 2015 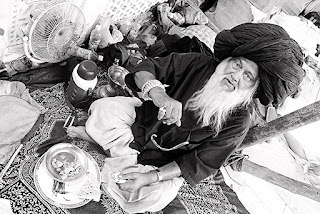 As a peoples photographer right from the earliest years I decided to shoot diverse ethnicity ,,not for money gain or profit just for my own personal curiosity and satisfaction,,
So I began documenting the lifestyle of the Rifai body piercing order , I followed them from Shrine to Shrine..I endeared myself to the Rifai adherents .. and as mentioned earlier I met the Malangs at Ajmer and thus began my tryst with this unique Sufi order with old traditions and Sufi heritage ..
In Mumbai too I shot the whippers of Ma Ambe , who beat their bodies and beg .. I shot the transgender hijras over 20000 images disabled from public view .
I began shooting Muslim beggars ...the Tamil devotees of Goddess Marriammen in Mumbai shooting their cheek piercings , hooks on their backs as they pulled cars trucks on the Mumbai streets .
I shot diverse Faith ..and surely I decided to shoot the Naga Sadhus and the Kumbh and Maha Kumbh Mela .
The Malangs was untapped source of my pictorial curiosity ,,so I became Malang to shoot it more closely.. as I love shooting faces I found the Malang faces unique ,, and though my images are shot a long way back I am adding text on my tweaked images and updating it newly ,..
I mean I knew I cant shoot newspaper shit ,..I cant shoot a travel blog , I cant shoot landscape or still life so I decided to shoot India as I see it cosmically and poetically ,, I honed my photography shooting garbage and urban chaos
By Firoze Shakir Photographer No1 - September 16, 2015

The Dam Madar Malangs At Ajmer 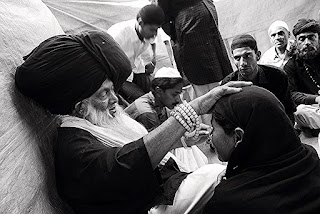 Email ThisBlogThis!Share to TwitterShare to FacebookShare to Pinterest
Labels: The Dam Madar Malangs At Ajmer

The World Of Dam Madar Malangs At Ajmer 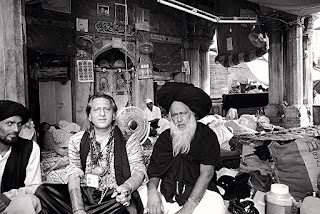 Peersab  Syed Masoomi Baba ..has met an ex President of India and many friends of politicians  Hindus Sikhs are connected to him but he lives in austerity , he wears two watches on  both hands sometimes I never asked him why ,, he will take what you give but does not ask money or beg for anything.. and so people flock to him to pray for them .

He wears the same rough shirt , a white lungi , maybe he has two sets but it hardly matters , he does not have gold on his body ..an old pair of slippers and austere life of an ascetic .. he is soft spoken polite but if somebody irritates him he can lash out a volley of worlds ..even the Hijra bawas flock to  him..

His right hand Murid Syed Rafiq Baba likes me a lot , he is also fascinated with photography, but he never calls me by my name , he calls me Maulaiee ,, follower of Imam Ali.

And most of the images of the Malangs I have shot at Ajmer ..