Racism at poem hunter is Alive and Kicking, ,

Thank you Sir..
Mr David Hazell
I dont need to boost my ratings, with the help of friends like you I know that this war of words was not started by me, actually I sense its nothing about liking me or disliking me, its just that the poem hunter forum is an all whites club, they dont want indians period, the national poet of india sonnet mondal was too meek walked away, here at this forum of hate you need gargantuan balls and guts..
I have no agenda I dont need to reach the top, I am being pushed there god knows why..
This forum needs more people like you Ted, Trade Howlin Sherrie, the rest should be put to sleep... as they have served their puropse and gone rabid beyond redemption..

Mr Ian Bowen should be given the golden hand shake..and a plaque..
that reads
I am Concerned
Write in your own language..
Racism at poem hunter is Alive and Kicking 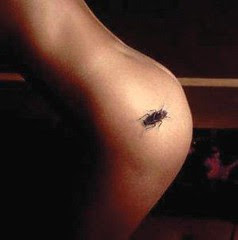 
The Image of God in Man
Martin Luther: 'If these powers [memory, will, and mind] are the image of God, it will also follow that Satan was created according to the image of God, since he surely has these natural endowments, such as memory and a very superior intellect and a most determined will, to a far higher degree than we have them' (Commentary on Genesis, p.61) .
Westminster Larger Catechism: 'After God had made all other creatures, he created man male and female; formed the body of the man out of the dust of the ground, and the woman of the rib of the man, endued them with living, reasonable and immortal souls [this is man’s constitution]; made them after his own image, in knowledge, righteousness and holiness [this is the image of God in man]' (Answer 17) .

From the gutters of poetic despair
Beyond redemption
Beyond repair
The tragedy of being a colored poet
Fighting a white racist regime
At poem hunter forum
That wants to choke your voice
Intimidations with knuckle dusters
Bicycle chains batons
To scare
Poem hunter and prey
Cross hair
Says an English Racist poet
Concerned write in your
Own language..
In our language how could you ever dare
Asymmetrical attacks of veiled racism
Fangs bare
To support this slimy English bastard
In his hateful agenda
A Hogg a Reynolds
The Scottish pair
The Indian poet destiny’s child
An attitude devil may care
Does not enter their snare
Colored poets children of a lesser god
They have decided not to spare
Sodomize bugger his ass
Fruits of their labor share