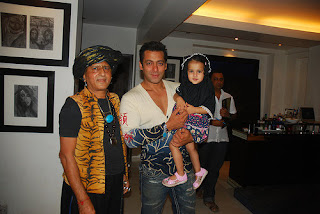 My humble tribute whatever the judgement of the honorable court one fact remains Salman Khan is a good human being with compassion for the poor ....

When he met my wife and my granddaughter Marziya for the first time he requested me to give her to him for adoption and I told him politely the day he gets married he would have children more beautiful than Marziya .

My connection with Salman was much before he joined films and I did the costumes of his first film with Rekhaji Biwi Ho Toh Aisi 1988..directed by JK Bihari.

Salman Khan An Actor With A Heart Of Gold .. 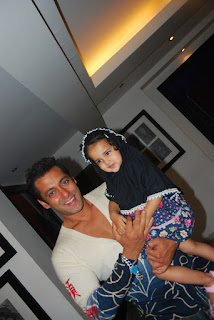 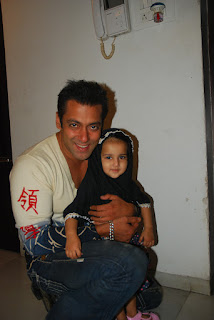 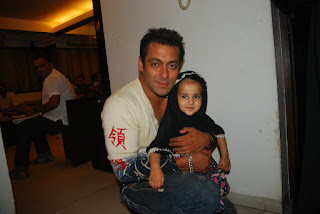 Marziya my granddaughter was about 3 year old and even those days while attending majlis or some religious function with my wife at the Shia mosque always wore the head scarf.

I was taking my wife Marziya to a Moharam juloos at Bandra East and so excused myself but Salman insisted I come home take a brief so I decided to take Marziya and my wife and than leave for the procession from Bandstand .

I still remember the moment Salman saw my granddaughter he was captivated by her innocence her attire and her silence ..she was not brought up on the staple of films ,,,at our house despite our modern upbringing we don't watch films or TV .

I took the brief it was to make a ethnic mirror work waistcoat for him for an ad ..urgently and seriously asked my wife if he could adopt Marziya and we both thought he was joking .. but here one fact stands out Salman Khan loves kids abundantly there is a kid in him too..he is not devious he is not conniving he is a victim of of his own destiny .He is a little child in a Mans body...that refuses to grow up.

While I was about to leave he caught my hand and said you are going to cut your head I said yes ,, he said why do you do it ..I am not into religious discourse but I told him it was the path I chose ,,,

And here like me Salman respects all religion faith he is a Muslim but outside his house on the Bandstand benches you will find people of all cast color creed seeking succor from him or his dad Salim Khan sab.

Both father son are compassionate I know first hand during the fire at Nargis Dutt nagar he did the most supplying food aid school books to the children that had lost all the belongings in the fire .

Salman Khan is not political but yet some vested interest Politicians old friends would use him as a poster boy making him stand on a truck and showcased around the slums of Bandra ,..because the poor the needy among the slum dwellers know that Salman Khan is their saviour he never lets them down.

But than one thought hits me hard why is only Salman Khan synonymous with Charity among all the top actors in Bollywood .

If all these top actors whose films are blockbusters really cared for humanity and if they pooled in their resources with land donated by the government we could have the best cancer hospital with special dormitories for the parents guardians to live in instead of living on the roads in hapless conditions outside Tata Memorial and KEM Hospital.. perhaps my wish is farfetched but who needs another Dhirubhai Hospital for the rich and elitist,

Once again this post is about Salman Khan the man..his goodness his charity can in no way influence the law of the land ..if you commit a crime intentionally or even unintentionally you have to pay for it ..leniency is the prerogative of the court and Justice comes without bias .

I feel the pain of Salman s family his loved ones his fans I wish and pray that all goes well with him..this is the real film role of his life ,,,
By Firoze Shakir Photographer No1 - April 07, 2018