We Glorify Our Manhood By Raping Children .. 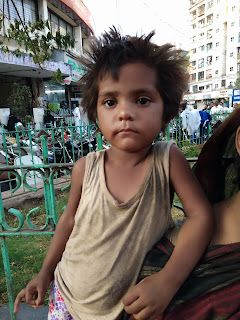 we politicize rape ,,,for the dead girl child there is no escape ..
By Firoze Shakir Photographer No1 - April 15, 2018 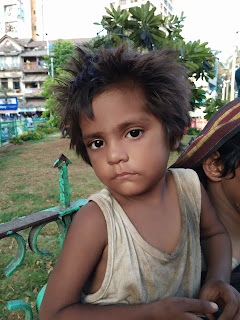 empty slogans
hollow jargons
slyly abetting
the rape murder
of children ..
silence from his
end even now
giving more power
to motormouths
who dont have
the same respect
for a girl child woman
like they have for cow
even god above has gone
silent as Asifa was brutalized
traumatized gang raped
in the presence of his deity
at the Devastan somehow
trembles the unborn girl child
held captive in her mothers womb
to enter mans world to take a bow
Cry my Beloved Country
Tears on the Soul of Unnao
By Firoze Shakir Photographer No1 - April 15, 2018


I began shooting Gambhir Singh more as a case study than anything else ..children tease him on the streets calling him Nepali and he would abuse them and shout out that he was a Manipuri an  Indian not a Nepali ,,
I got to know him as each morning he would come to Bandra Bazar where I stay he would visit the hooch joint there he would regal the people on the streets with old Hindi songs ,, I would buy him snacks or give him money he took a liking to me as I shot his pictures ..
He was never sober always incoherent he once told me he was in the Army he left the army when his father died he came to his hometown to till his farms than there was some misunderstanding with his brothers he left Manipur and was working in Mumbai ..something happened he said without giving me details that he began drinking gradually became a hardcore alcoholic,

This is his story and I am adding this narrration as I got messages from his relaives on Facebook Messenger that he was missing for last 40 years and they discovered him through my video,

I told them to file a missing persons complaint online with Bandra Police I am sure they will trace him out he is in bad company of drunkards ..
When I meet him he is sozzled and he misses me he says as I always have a good word form him.. as I too was addicted to booze in my early years and gave up the bottle since last 20 years .
So I understand Gambhir Singh Manipuris broken dreams loneliness and delusions ,,
And only a sensitive understanding family can cure a loved one of this evil called Alcohol.

I wish his family gets reunited with him..
He begs late evenings at Bandra Hill Road . 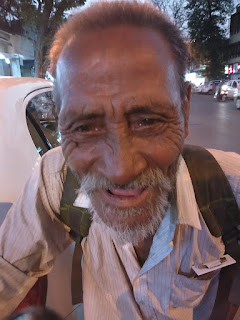 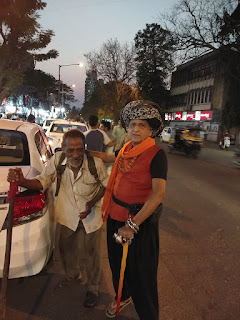