My Best Friend Ramesh Alva ...Why I have Never Celebrated My Birthday All These Years.. 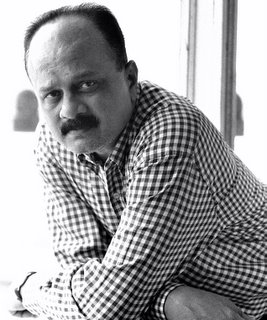 Ramesh Alva once stayed at Great Western Building , we started as enemies before we became friends , he would bully me in school as I did not know him we fought our battles at Backgardens , he came with his friends I came with mine ,, we were both in 3 rd Standard at Holy Name High School perhaps 193 .
Than oneday we met during the Prize Distribution day at CJ Hall , I was a brilliant student got lots of-books as presents and they were a lot Ramesh came forward and helped me , we became friends and we had a common friend Ramesh Mulchandani that made the bod more easier and w had yet another friend Dennis Fernandes ...now in Suriname .
I was staying at Strand Cinema and Ramesh M at Dhun Mahal Garden road ..Ramesh Alva and his family moved in at Strand too.. and we became much closer , though both the Rameshs were much closer than I was ..we had some great times , great Holi days bhang and what not ..
And once we got married all three of us arranged marriage I was the first one .. but I remember if I ever went to Madras Cafe that belonged to the Alvas .. Ramesh Alva never charged me a penny and he was very proud of me ...he used to tell me whenever you are hungry come have meals at my restaurant , because of this kind nature everyone loved him the Jews from the Synagogue in his hotel lane , the ragpicker ladies , the Max Mueller students mercury travel staff , Rhythm house bosses and staff and I can never imagine Ramesh Alva ever having an enemy..he loved his wife kids and when is father died left his house to live on his own.. Ramesh Alva was never allured by money or by wealth .. he was plain simple human.
My mother loved him , he had this most beautiful smile , he would com to my house bring her Idlis Dosas and she would bless him ..and than rebuke me in the same tone for not being like Ramesh Alva.
Ramesh Alva passed away and on his funeral I cried like i had lost my own blood brother ,, and he gave me a  reason to remember him till I die too,,


He died on my birthday 10 Dec .
Till date i have never celebrated my birthday in the memory of this true friend ,,
RIP Bro.. I dont know why I remembered you today..
Because I Could Not Stop for Death
by Emily Dickinson
Because I could not stop for Death,
He kindly stopped for me;
The carriage held but just ourselves
And Immortality.
We slowly drove,
he knew no haste,
And I had put away
My labour,and my leisure too,
For his civility
We passed the school where children played,
Their lessons scarcely done;
We passed the fields of gazing grain,We passed the setting sun.
We paused before a house that seemed
A swelling of the ground;
The roof was scarcely visible,
The cornice but a mound.
Since then 'tis centuries;
but each Feels shorter than the day
I first surmised the horses' heads
Were toward eternity.
By Firoze Shakir Photographer No1 - May 24, 2015 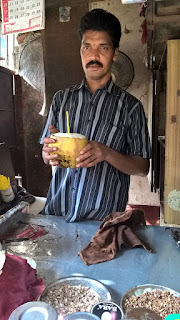 The moment I finish my walk at the MET Gardens Bandra Reclamation I walk in through a short cut from the Bandra Bazar Sunni Mosque greet the beef butchers and if time permits I shoot the greatest Garbage dump..there was a Bhumi Pujan and the placed look spotlessly clean but alas it was short lived it is as bad as it was before and I feel sorry for all the efforts dedicated by our MLA Advocate  Ashish Shelar ,, Today I walked about 4 km.

As I head towards home my Naryalwala coconut seller cuts open a new fresh coconut for me offers me coconut water , he charges me Rs 30 ..

I never drank Naryal pani before , I prefer drinking lots of water instead...I lead a very simple sedate life I yearn for nothing nor am I envious of people who I have seen become rich overnight .. I ask God to give them more ,, but I also ask God to instill compassion in their souls so they can truly help the poor and the hopeless.

But there is one thing if the Indian government allowed I would leave everything and go and fight the ISIS In Iraq.. I am not a soldier warrior but I would like to stand not just for the Shias but for the Yezdis , the Sunni tribes and all minorities that are facing this human degradation.. if we dont stand up for them now  than it will be too late  and this has nothing to do with Religion.. the one Religion that is way above everything is the Unborn child in its Mothers Womb .. He needs a better world a better tomorrow ,,

World powers watch the mayhem like eunuchs all scared of belling the cat. 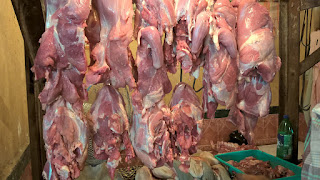 A ban is a ban is ban they can do nothing about it , eat it or dump it , today being Sunday the Bandra Bazar Beef Market looked like a morgue , deserted and  lonely .The beef butchers now buffalo meat sellers sat dejected ..even restaurant owners I am told dont buy this meat ,, most have shifted their beef items using chicken or mutton.
After eating beef for so many years , now trying to develop taste for buffalo meat might take a long time ,,,and ironically leaders who want  us to go eat beef in Pakistan should be the first one to be sent there and their pompous ass whipped ..There is no stopping BJP Motormouths ,, mouths that were only born as Mouths without Brains ,,,

And the company that blames its HRD trainee for the letter and the goof up thinks we Mumbaikar are chutiyas ,, I mean every employee follows and implements the company policy written and unwritten..I was lucky all my bosses were Hindus ,,and in introspection I am lucky I never worked for a Muslim boss ,.. and I dont consider my stints in Muscat as  Muslim boss as they were more racist as Arabs than as Muslims towards people of Indian  origin..

The only Muslim boss I favorably worked for ever is Me ,, and at all times it was my Hindu employee who headed my vision and plan.

The one aspect remains if any employee ever  harassed me , troubled me invariably it  was my Muslim employee ,,,yes I am retired now but if I was to hire some one it would not be on caste color or creed only on Merit ,, politicizing this issue is unnecessary and shows as Indians we are regressive and still living in the dark ages..
By Firoze Shakir Photographer No1 - May 24, 2015

Email ThisBlogThis!Share to TwitterShare to FacebookShare to Pinterest
Labels: Those Who Once Ate Beef Do Not Not Find Buffalo Meat Palatable
Newer Posts Older Posts Home
Subscribe to: Posts (Atom)