God Found Gambhir Singh And The Manipuris Found Me Coincidentally 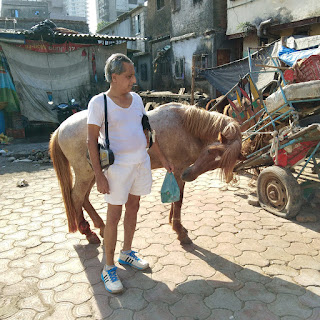 I wish my video could have been found much earlier but they saw it a week back.

I shot the video last October.

And fame is a bad attribute it has made me famous for the wrong reasons.

This morning I got a call from a international photo agency they wanted the viral video of my tryst with Gambhir Singh I said yes than they said I had to agree and give consent on a message they would send me.

I got the message it was for distributing my video of Gambhir Singh to their clients.
I refused I told them to give me money and I would give the entire amount to Gambhir Singhs poor family.
They did not expect this line they thanked me and ended the dialogue.

I must mention I am not a rich man but when Manipuri police led by Officer Amitabh Singh came to felicitate me at my house in Bandra I handed him an envelope with money for Gambhir Singh..
He told me to hand it over to him at the hotel where he was staying with the police.
I did this it was not charity but my sincere love for a man who has now become the other side of the coin my of life. like Ying and Yang.

Manipur humanity Manipur culture Manipur humility should be applauded not me..

I was just another brick in the wall.

Thank you all my new Manipuri friends Atom Bimol. Samrendra Singh and Amitabh Singh all of you that have added me here at Facebook..

Without love nothing exists
In the story of Man once in
His life comes a twist..
He changes the world
Teaches us how to connect
Co exist give generously open
Your fist like this..
Peace hope harmony bliss

I Died The Day I Was Born.. 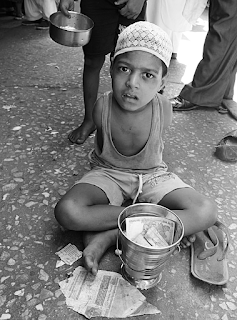 I too wanted to Raise my Hands to God
But Alas Both my hands were gone ..
No I will never play gully cricket kabaddi
all my hopes had gone ..
I was the fading light of a receding dawn
I was a rose I was a thorn..
On the soul of Humanity
I was merely a pawn..

I cursed this photographer for shooting me
Stealing my fragile soul...on the sol of his
street photography for my dreams I mourn.

He stepped back withdrawn ..

I move away from the world of Gambhir Singh I am happy for him Love in the hearts of his brother sisters in Manipur found him..He deserved another chance and God used me as medium of his divine intervention .

Ever since I came back to Facebook I have a love and intense hate with this platform..it is recently that I made my posts public otherwise all my posts were marked friends I did it as to reach out to help a man find his way home ,, I did it for Gambhir Singh of Kumbong Village Imphal Manipur ,

I dont add friends on Facebook when I started off I had 2500 plus friends but there were many that reported my head bleeding photos of my kama matam I am a Shia Muslim so I pruned my friends list and was happy with 1500 friends .

Than Gambhir Singh happened I was shocked by the wave after wave of friend requests from Manipur and of Manipuris from other parts of India and the world I surrendered my soul opened the doors of my private space on Facebook... let everyone in I deleted just two requests from Manipur one of a person whose spirituality was totally against my own Shiasm Sufism and another that was using Asifa as a tool to hurt all HIndus of India .

I am not into politics I have friends cutting across party lines ,,my best friends are In BJP Shivsena MNS Swabhiman ..yes I have very few friends in the Congress and here I will be damned if I keep my shut I voted for a Congress Free Bandra as the laid back leaders did nothing for the poor or the common man in their white Armani attire Gucci shoes they came to hoist our national flag disappeared

God made sure they disappeared to completely from Bandra ,,,though I have reservations against the silence of the ruling party I have decided to use NOTA in the next elections sadly in this political graveyard full of zombies I see no alternative to individually take on Modiji.

I voted for Advocate Ashish Shelar President of BJP ge is a good man and lives in our building,,,if I need help when I am helping people anywhere in India he takes my call does the needful,,he is a Hindu I am a Muslim but he has always been there for me ,,

I dont talk politics this post is for those who added me recently I am not a product of the Madrsa I will never wear a skull cap ..I am not the typical Miya I am educated my schooling was Christian based ..Covent education..

I believe in Interfaith my core religiosity is Humanity made in India .

I simply shoot India .. India is my Perfumed garden.

If you feel differently about my views please unfriend block me .

I dont add Pakistani Muslims even if they are Sufis or Shias because my Islam is traditional Indian in its views and my ancestry I do not want to hurt their sentiments as perhaps I am a Hindu too through my cultural inheritance .

My Guru was a human loving Muslim loving Naga Sadhu had the most beautiful relationship with him perhaps I was the only Muslim in his fold he gave me an opportunity to smoothen my rough edges .

I have a Jesuit priest as my spiritual mentor ,,,I have an Aghori Guru he will be waiting for me at the crematorium at Khamakya .

This is me ,,with malice to none I am a beggar poet ,,

And some pictures like this boy I shot at Ajmer 8 years back make me talkative ,, I never saw him again I searched for him..but I wish those rich pompous Muslims that buy huge expensive Goats Camels Dumba could have bought him prosthetics .

I celebrate Bakra Eid but since 10 years I donate our Goat blood mony to pay the fees of children in the slums .

How good or bad Muslim I am ...God is surely aware of that I am ready rto be caned burnt in Hell for my shortcomings ..

I am changing evolving falling getting up and one reason why I felt for Gambhir Singh I was a hardcore alcoholic I robbed destroyed my children's childhood I drank like a fish in a half empty aquarium..I lost love but my Lucknow based hardcore Shia wife held to me though I was a broken brick of the edifice that was my home .

I changed I stopped drinking on the day of Gauri Visarjan years back so a Hindu goddess was also part of my reformation I have neer touched a drop of booze since 20 years or more .

Lsst I about 25 years back I began documenting Sufism tried to spread its sweetness through my pictorial narrative ,

I became a Malang I was appointed as Khalifa of the oldest Sufi order Madarriya Silsila and my Mentor is Syed Masoom Ali Baba Asqan Mafari.

I will be given the Khilaftnama of Qadri Rafaee Silsila by another mentor Nasir Bhai Rafaee.

Years back in Ladakh I helped some Tibetan refugees His Holiness Dalai Lama Sab gifted me his Autobiograpy those days in Ladakh I wore the Lama dress I still wear it today my latest one was presented by Mr Danny Denzongpas family on my birthday .

It is people who made me what I am..I have many flaws I still have sharp edges wild temper but I am trying to control it ..

I will oneday visit Manipur to bless my friend soulmate Gambhir Singh of Kumbomg Village Imphal.

Now in some time I go to play tennis and meet a horse that waits for me ..I dont know if its the carrot or me that he likes but does not matter

I would die before I sent anyone of you a Fucked Whats Up Good Morning Post ,, my good mornings are pictures words all sacred I only shoot Original Content ,,
God gave me agift I use it to save pople and save myself from my ego the most demonic part of a mans being .

Nobody destroys Man more than his Ego his sanctimonious self esteem..

See You All later