Dure Najaf ..Stones and Beyond 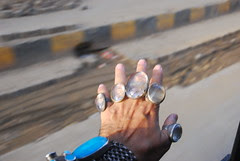 Dure Najaf ..Stones and Beyond, a photo by firoze shakir photographerno1 on Flickr.

Dure Najaf are crystals connected to Najaf and Hazrat Ali, the one on the index finger is a rare Opal..

The huge Dure Najaf on my middle finger is also a very rare one..it has natural threads running in it..I got this in Mumbai from Mohomed Bhai Bhendi Bazar Gemstone vendor.

But more exciting and unique are the Mueh Najaf black crystals ..these are hard to get I have two one I got from Ajmer and the other from Mumbai , also from Mohomed Bhai at Bhendi Bazar.
I have an egg shaped Moonstone a 3700 carat Golden Quartz..made into a chunky pendant.
I prefer Turquoise from Iran, I have Amber beads too from the Caspian Sea and Turkey.

Akeek or Agate shaped like Shivas third eye a huge lot I got from Kapil Agarwal the only Hindu gemstone dealer at Sola Khamba Ajmer during the Urus of Khwajah Gharib Nawaz Moinuddin Chishty Al Sabri.

The two Turquoise egg shaped stones , one from an Iranian dealer and again the similar one from Mohomed Bhai.

I have a problem wearing rings on my right hand, as the fingers are clawed permanently after an accident , while cutting my head with a sword during Chehlum in Delhi, I cut my tendon..that has permanently damaged my hand.It is now in the shape of a Cobras Hood.

I prefer chunky stones and a few days back met KaPil Agarwal the Jaipur gemstone guy who comes to Ajmer during the Urus, at Bhendi Bazar..

My wife shot our pictures .Its through Kapil Agarwal I bought a huge chunky Tibetan Turquoise, one of its kind made it into a pendant but it is far too heavy.

The only person in my immediate family who loves my Sufi jewelery is Marziya Shakir my 17 month grand daughter.

The other fascinating stone is Formosa red coral..I have a string of the most unusual one.

It is good for ailments of the eye and it creates happiness in the heart. The 6th Imam stated on Dur-e-Najaf, that all the Momineen and Mominaat feel happy when they sight this stone, and the pain of their eyes is relived. A Gemstone full of spiritual and religious values and benefits. No need to worry for date of birth etc, any one can wear with full peace of mind.

It can also recall old forgotten memories and assist in solving problems. Dur-e-Najaf brings self-knowledge and wisdom to ourselves. It can also supply energy and stamina to the lagging physique.

Dur-e-Najaf gently attracts a balance of all seven colour rays to your body, emotions, and mind. In the process, it corrects any colour ray imbalances in your physical and subtle bodies. When you become more balanced on this fundamental level, all aspects of life improve.

* Increase your energy bring more balance, grace, and harmony to your life
* Promote balance in the relationship among your body, mind, and emotions
* Foster balance within and among your body's physical processes
* Balance your mind's creative and analytical aspects
* Regain your balance after a life-changing or traumatic experience
* More easily learn from past experiences so you can make better choices

Fuck You He Said 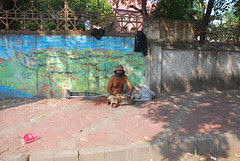 Fuck You He Said, a photo by firoze shakir photographerno1 on Flickr.

As the camera
robbed his soul
speeding ahead fled 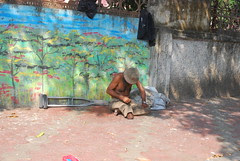 The Survivor, a photo by firoze shakir photographerno1 on Flickr.