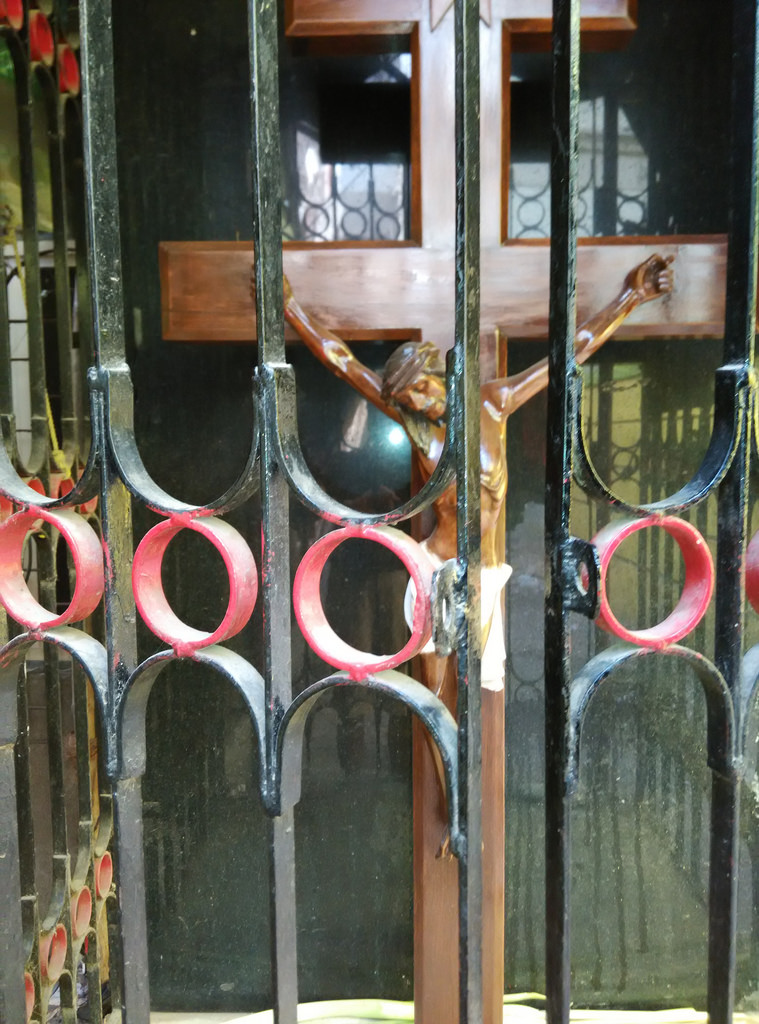 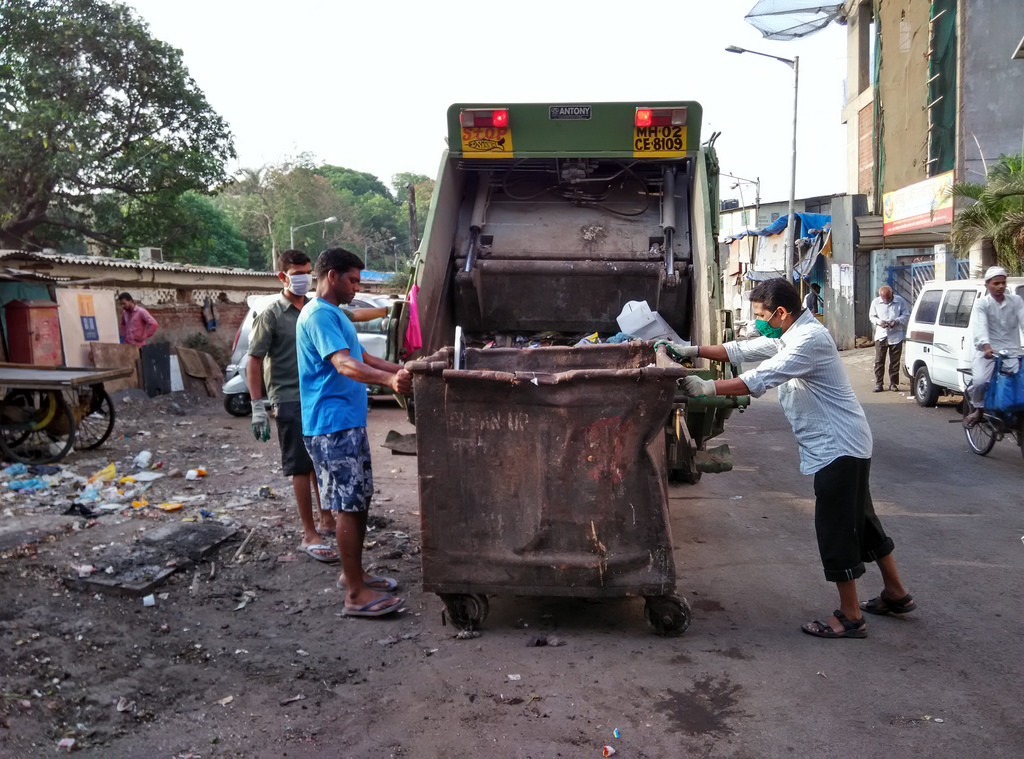 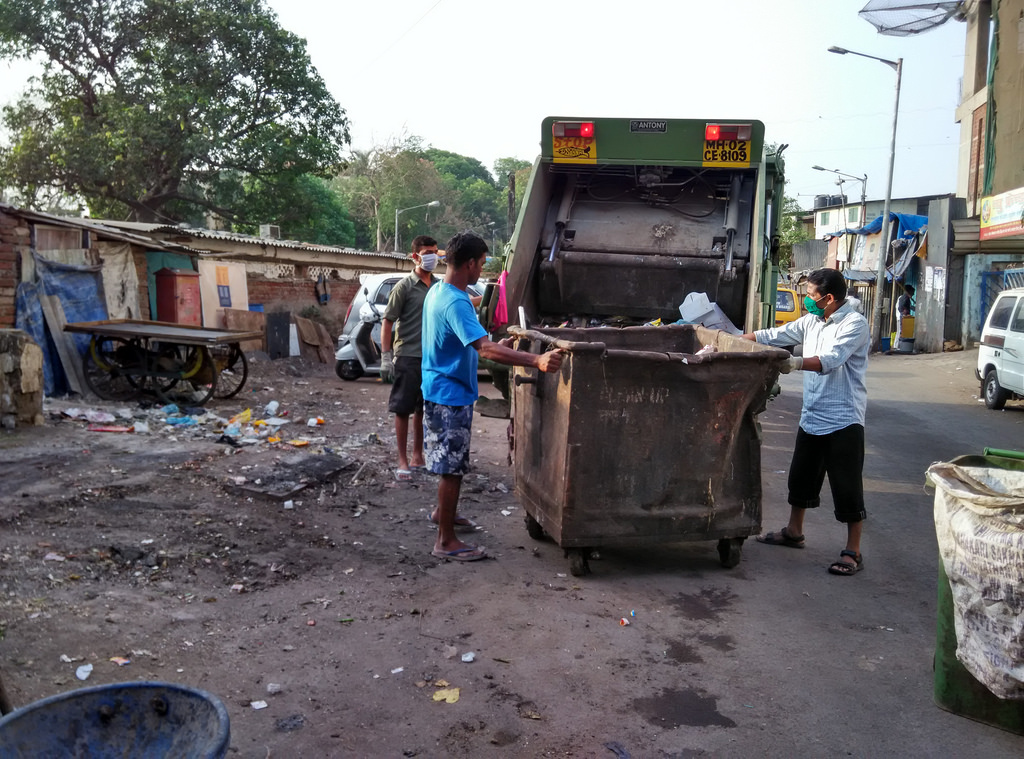 I set out for my morning walk, shooting pictures of these Municipal conservancy staff and I entered the MET Cricket grounds with my friend Subhash later I was joined by Prakash Gadhiya and Milind ,, I left the garden after I had walked 3 km.. and moved to the next park for my free hand exercise but met a guy and we were discussing the Bandra East By Elections ,, and the political behind the scenes drama going on there ,.and my friend a Rehbar Khan MIIM  supporter was critical about both the other parties in the fray and invited me to their rally at Bandra East in the night .

This time instead of taking a short cut from the Beef Market I walked in through a lane that leads through various bylanes and exits out near the Bandra Fish market .

Today both my granddaughters Zinnia and Nerjis have a fancy dress competition in their play school..Zinnia will wear her  Irani chador with a mask and will become Krrish , Nerjis will dress up as a Princess ,, both are in the same playschool now .

Breakfast at home is Idlis Sambar made by my Wife ,,
By Firoze Shakir Photographer No1 - April 08, 2015

Email ThisBlogThis!Share to TwitterShare to FacebookShare to Pinterest
Labels: The Forgotten Foot Soldiers Of Swach Bandra

Once Upon A Time There Were Ear Cleaners At Bandra Talao 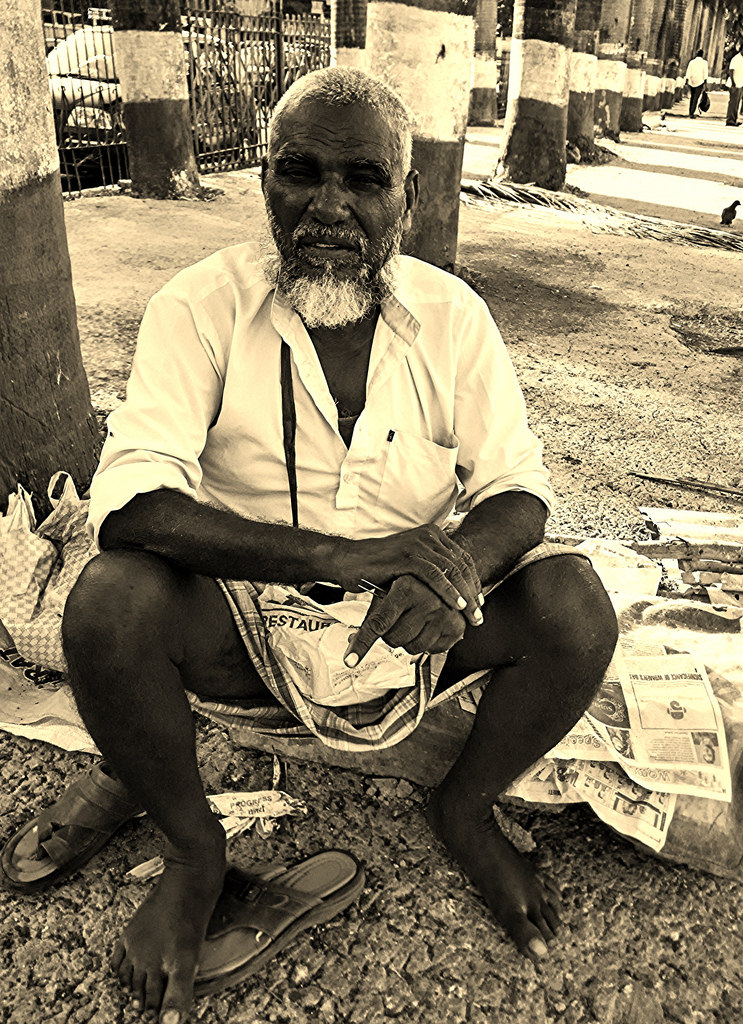 And they disappeared after being part of the Bandra Talao for 40 years , these humble guys who insisted that they be called Ear Doctors ..and not Kan Saf Karnewala ,, or Ear Cleaners ,, and they cleaned  the wax from the dark sewers of your ears ..
Is someone had a ear problem he came and had it rectified with this Doctor ..and he worked silently with precision and not like some barbers who went on blabbering and drove you crazy talking about the Beef Ban of 2015 The Mutton Ban 2016 the Chicken ban of 2017 and how  the BJP Shivsena lost the Civic elections in Mumbai  and how a re surged Congress under Priyanka Gandhi came back int power ..leaving some BJP motormouth sulking about 20 years of its aborted rule in  Maharashtra..

The Ear Cleaners never hassled  you with all this gibberish , they just wanted their Beef back and they placed several Hazris at the Holy Shrine of Gulbarga their hometown.. every time they came here to tend their fields , they were originally farmers and decided not to commit suicide , they wanted a breathtaking path-breaking  profession they became Ear Doctors in Mumbai at this old iconic pond called Bandra Talao.

Than came the renovation , they tried to fight back but the warlords in the Municipality wanted the Marathi Manoos to take up ear cleaning but the Mumbai  Marathi Manoos was happy being a cop.. or a Dabbawala .

So the earcleaners of Bandra Talao Nabi Kassim  two Muslims working with their Hindu friend a boy called Raju , they had taught him this Art when they found out  that he had run away from home was wandering the streets he wanted to work as  Salman Khans driver , he knew a bit of driving ,, rest he would learn he had thought .. but as there were those days so many drivers wanting to take up this challenging job ,, he became a Ear Doctor .

And I remember the opening of the new Bandra Talao by Gen VK Singh and our local representatives made sure the presstituts of paid media and specially Times Now was kept at bay ,, Oh it was a grand opening ,,and I believe the ear cleaners watched from afar ..wit tears in their eyes .. they had lost their only hope and place of work to changing timre and tide .

Nowadays the Bandra Talao renovated has taken the place of Azad Maidan and every new protest starts from here ,, the pigeons too have disappeared ,,they are now being fed by Mr Salim Khan at Bandstand the pigeon feeder got a job thanks to Being Human through Salman Khan.

Ps Now I shall go for my morning walk...to refresh reboot my sense of imagination and pictorial poetry ..

Email ThisBlogThis!Share to TwitterShare to FacebookShare to Pinterest
Labels: Once Upon A Time There Were Ear Cleaners At Bandra Talao

Nabi The Earcleaner Bandra Talao And The Beef Ban 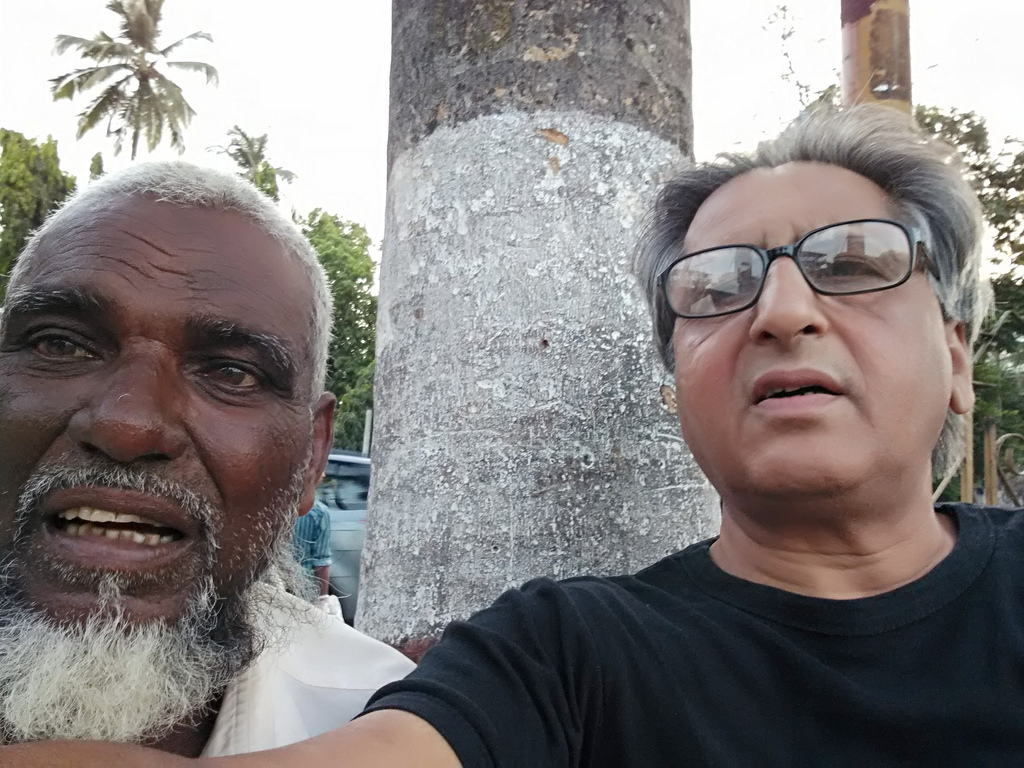 After I had shot the Bandra Talao from the Station end I walked through a narrow lane that connects to Bandra SV Road I met my friend Nusrat an embroider chatted with him and than moved to meet Nabi the Ear Cleaner .

He was grumbling as his clientele has reduced because it is very hot in the daytime, and so I sat with him got my ears cleaned for RS 20 .. seeing me having my ears cleaned and video shooting it myself a few other people wanted to get their ears cleaned and I  was wearing my shorts and tshirt as it is crazy wearing a turban etc and dressing in my normal attire .. the kid who wanted to clean his ear had seen me in a film so he was surprised seeing an actor having his ears cleaned sitting on a piece of rock ,,

About Nabi the ear cleaner he has been cleaning ears for 40 years and his future is dark and grim after the renovation of the Bandra Talao they might be evicted from here ..

He is from Gulbarga and he has a farm back home , his family takes care of it , he has 3 daughters and 4 sons ..

Here in Mumbai he lives on rent at Bharat Nagar slums Bandra East.. he comes to the Talao in the morning , he brings his lunch and he leaves the Talao taking the 215 bus that drops him home in the evening .

He is a very simple man and was praising Mr Narayan Rane , he felt that if Mr Narayan Rane won the Bandra East Elections the Beef Ban would go.. and the Muslims will see better day ,, I listened to him without refuting him at all, after all it is his dreams and he has a right to Good Days in his Dreams.. and now that Progress and Development has been shelved In Maharashtra we have to wait for the other bans Mutton Ban Chicken Ban and for the Christians Pork Ban..

And the hyperbolic Sab Ka Sath Sab Ka Vikas and Swach Bharat have served their purpose so back to square one ..

And I shot 3 videos of Nabi and promised to give him some pictures I shot of him for his family when he leaves for his hometown.