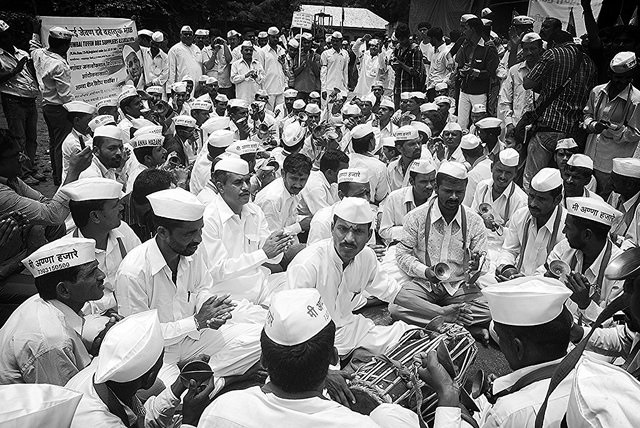 I stay away from political rallies , I have shoot the Dance of Democracy in my area during last Assembly elections , as I got good street shots of paid volunteers , they were the only one that loved elections getting Rs 500 and biryani to be part of crowd , and they were like junior artistes games for any party.

But the Dabbawalas stood solidly behind Anna Hazare and India Against Corruption Movement  this was the first time they took a holiday for a cause in 120 years 5000 dabbawalas at this protest and today I confess I came to Azad Maidan to shoot the Dabbawalas and got attracted to the Movement and shot the rallies at Bandra and Juhu .

I met the Dabbawalas , their humble leaders , and the footsoldiers , and this Dabbawala presence was a forerunner , that a government that turns its back on its citizen has to fall and like Humty Dumpty they fell.. and all the kings horses all the kings men could not put Humpty Dumpy together again..

And I am revisiting my Dabbawala set at Flickr extending its shelf life by tweaking the poetry of my thoughts as a street photographer ,, no Iam in no mood to move my ass to go to Minara Masjid or Bohri Mohalla to shoot the same thing over and over again as my over observant wife says.

I am happy others are shooting the food lanes and the glory of Ramzan..

The Indomitable Indefatigable Dabbawala Of Mumbai 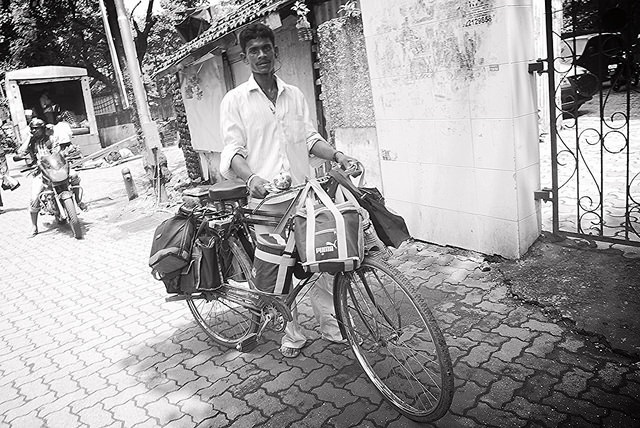 I was always fascinated by the Dabbawalas ,these are humble souls , young old men who work for a social cause , that is delivering your lunch to your workplace from your far distant homes .

Even school kids have their lunch delivered from home to school by the dabbawalas , unlike other professionals who bunk, get delayed , the dabbawala is precision personified , he runs on time .

From the station one  group collects the tiffins another group  delivers it to your workplace , they are totally undigitally organized.

I have mostly shot them at two iconic places , one the NM Joshi Marg , the other my backyard Bandra West Station,

Some carry the tiffins in a crate on their heads if it is a short distance but most depend on the cycle and the cycle never fails them..their devotion is their lucky talisman.

They see that you get the right tiffin , no goof up , no excuse , and I shot them braving the heavy rains , drenched but always professional, no dodging the work at hand.

They are apolitical and the only time I saw them en masse was at Azad Maidan supporting Anna Hazares revolution India Against Corruption , sadly Corruption has moved forward and Anna Hazare is still there on his backfoot , in a dreamers paradise ...

So the Dabbbawala , was part of my street study , and I am promoting their cause , diligence and unflinching patriotism too.

Email ThisBlogThis!Share to TwitterShare to FacebookShare to Pinterest
Labels: The Indomitable Indefatigable Dabbawala Of Mumbai

Always On Time .. The Dabbawalas Of Mumbai 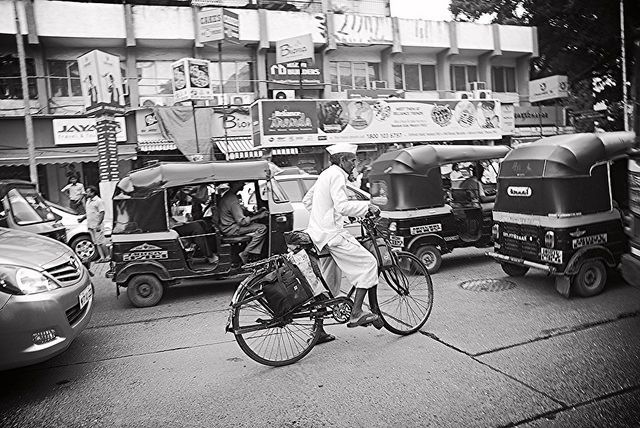 on a rickety cycle
negotiating the
bumps potholes
in a tiffin of love
to reach on time
his only goal
the humble
dabbawala
mumbais
heartbeat
mumbais
soul..
come what
may rains
cloudburts
storms
bomb blasts
he is at your
doorstep
in total
control

loyal
dedicated
devoted
polite courteous
most punctual
on the whole

pray tell me what is his future when he grows old ,,

Email ThisBlogThis!Share to TwitterShare to FacebookShare to Pinterest
Labels: Always On Time .. The Dabbawalas Of Mumbai 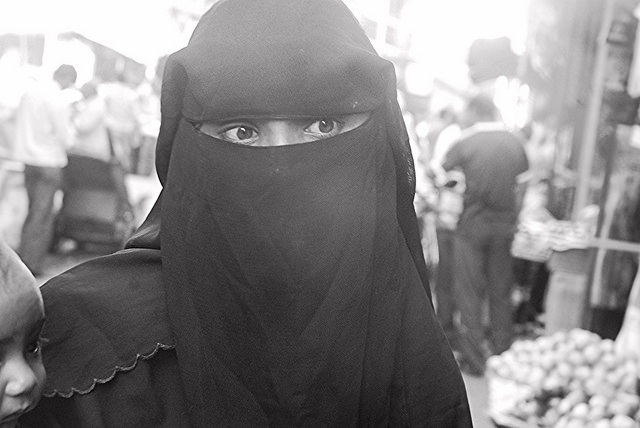 The Humility Of The Erstwhile Dabbawalas In The Rains 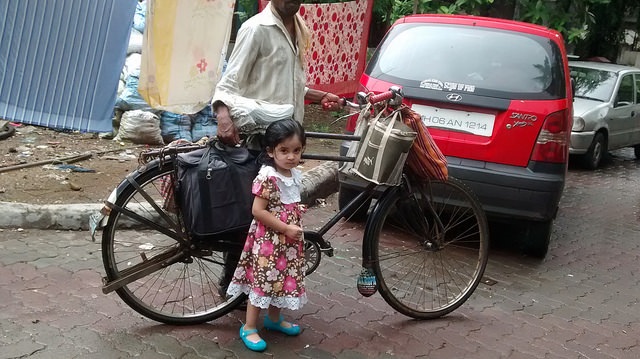 I met him at Bandra Bazar , he was drenched and I asked him , about his raincoat , he just gave me a brave smile..but all in all the Dabbawala during the rains , is a sordid tale of misery and I have in my limited way documented the Dabbawalas life and I meet them unexpectedly wherever I go, I stop them take their pictures , so you realize his sense of punctuality in getting your tiffin despite the three day non stop rains ,,

My fascination for the iconic dabbawala , his down to earth simplicity and his sense of service has endeared me completely to this race of Marathas .

My grand daughter Nerjis stood next to him , and I am not very adept at using my mobile phone in the rains , I have a damaged right hand so shooting on this miniature photo shooting mechanism is a slippery business , so forgive me for accidentally chopping of his head , but than perhaps the cycle the tiffins and his disembodied form give a greater touch of realistic explanation ..

I have shot the Dabbawalas protesting at Azad Maidan for Anna Hazare , and that was the only day when 5000 dabbawalas took a day off , justifiably so.

Most of the dabbawalas of Bandra know me and they know I shoot their pictures to promote their cause ..many years back the Dabbawala used to bring my lunch from Colaba to Bandra West where I worked ..because they come early my mom used to get up and make my lunch much before she made breakfast for my siblings.

After he had left Nerjis asked me who he was and I explained to her little fecund mind , a street photographers mind the job of the dabbawala , his importance to middle class ,and the working class who gets their  lunch on time  come what may..the clock may run late , the train may run late the bus driver might be slow in reaching his destination , but the humble dabbawala drenched to the bone is there at your doorstep with your food.

And strange raincoat makers , never thought of distributing a batch of raincoats to this loyal Mumbaikar ,,but than our business mind is impermeable like Duckback..

So I have collected all my Dabbawala pictures as a set, photo  album at Flickr as my tribute to this great community of healers , yes they heal us too with our mothers food , wife's food ,,I poetically think.

And this was the first lesson of the day in the morning for Nerjis who did not go to her playschool as she is not well ..but she loves the rains , who doesn't ?

Email ThisBlogThis!Share to TwitterShare to FacebookShare to Pinterest
Labels: The Humility Of The Erstwhile Dabbawalas In The Rains 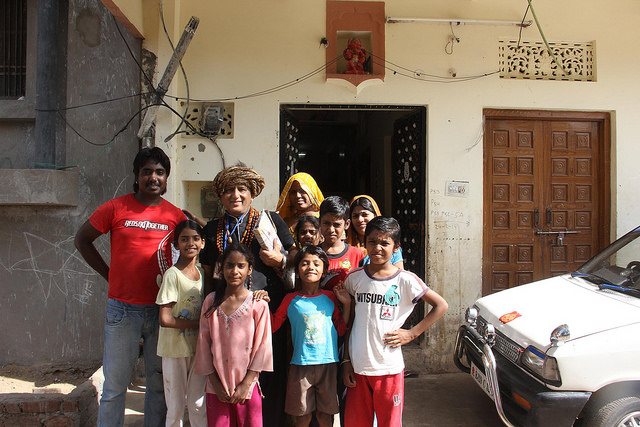 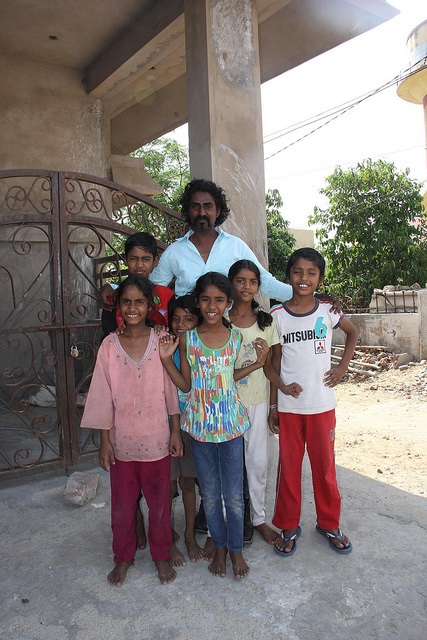 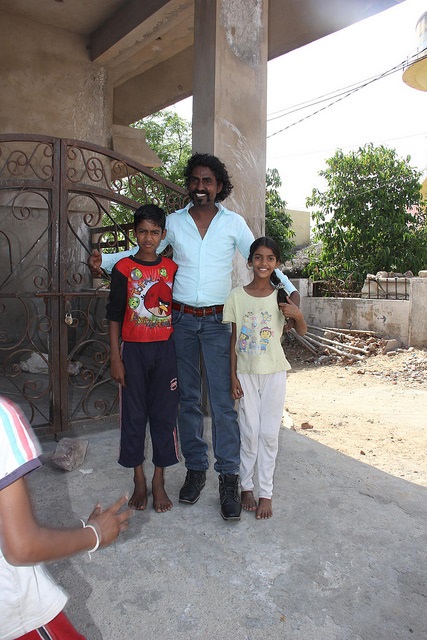 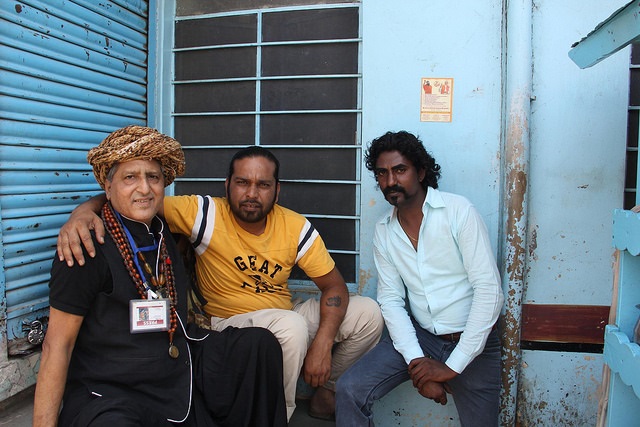 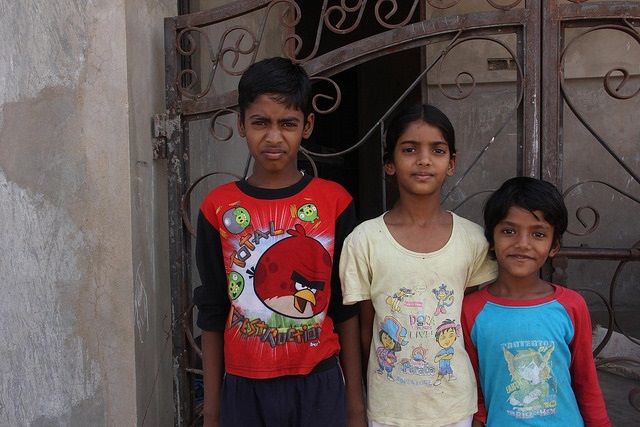 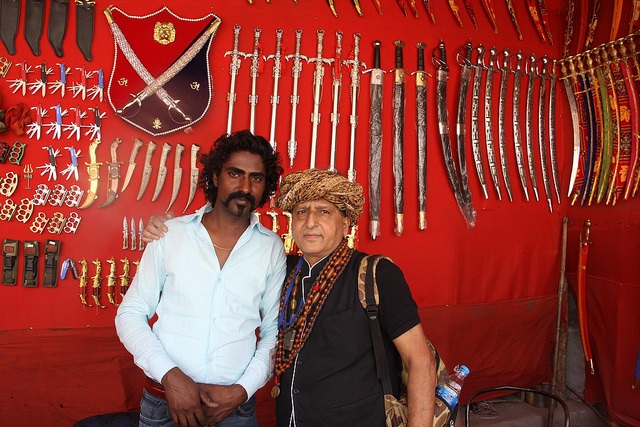 This Beggar Lady Her Leg Got Stuck In The Open Gutter 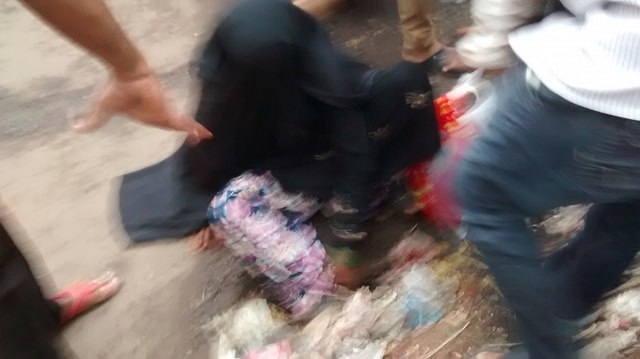 This happened at Bandra Bazar Road , the gutter have openings that anyone's leg would go in , she was with her child she fell and people rushed to help her child , but scared to touch her , however she manged to extricate her leg.

And Bandra did not vote for the sitting MP , because nobody cares , they never come back to the votes not even once to find out how they are doing.. and our elected representatives expect  the people to re elect them..

This area is begging for attention , but it is left to fend for itself , the corporator has no time , no one has time after winning the seat of our area .

Will Ms Poonam Mahajan BJP ever come here .. yes when the time comes for the next Parliament elections, five years from now..
By Firoze Shakir Photographer No1 - July 15, 2014