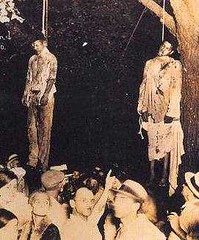 Long branches of hate
Fruit venomous
Poiosonous
For man
Born of a lesser God
This Racist Tree
Evil is evil begets
As poems for posterity
From the tentacles on my
Discolored soul I hope
I will be free
When someone chops
The base of this
Ethnicity debasing tree
That grows down under giving shade to
Neo Nazis racists and other yobos
Of this hate bound blood related family
where they lynch people who write
better bitter poetry
By firoze shakir - August 29, 2007 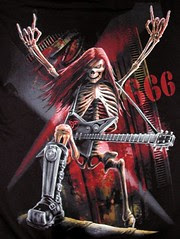 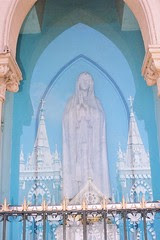 Hail Mary Full of Grace
Originally uploaded by flickr photographerno1
Hail Mary
The Hail Mary (sometimes called the "Angelical salutation", sometimes, from the first words in its Latin form, the "Ave Maria") is the most familiar of all the prayers used by the Universal Church in honour of our Blessed Lady.
It is commonly described as consisting of three parts. The first, "Hail (Mary) full of grace, the Lord is with thee, blessed art thou amongst women", embodies the words used by the Angel Gabriel in saluting the Blessed Virgin (Luke, I, 28). The second, "and blessed is the fruit of thy womb (Jesus)", is borrowed from the Divinely inspired greeting of St. Elizabeth (Luke 1:42), which attaches itself the more naturally to the first part, because the words "benedicta tu in mulieribus" (I, 28) or "inter mulieres" (I, 42) are common to both salutations. Finally, the petition "Holy Mary, Mother of God, pray for us sinners now and at the hour of our death. Amen." is stated by the official "Catechism of the Council of Trent" to have been framed by the Church itself. "Most rightly", says the Catechism, "has the Holy Church of God added to this thanksgiving, petition also and the invocation of the most holy Mother of God, thereby implying that we should piously and suppliantly have recourse to her in order that by her intercession she may reconcile God with us sinners and obtain for us the blessing we need both for this present life and for the life which has no end."


Hail Mary, full of grace.
The Lord is with thee.
Blessed art thou amongst women,
and blessed is the fruit of thy womb, Jesus.
Holy Mary, Mother of God,
pray for us sinners,
now and at the hour of our death.
Amen.


Footnote
The most famous of these is that attributed, though incorrectly, to Dante, and belonging in any case to the first half of the fourteenth century. In this paraphrase the Hail Mary ends with the following words:
O Vergin benedetta, sempre tu
Ora per noi a Dio, che ci perdoni,
E diaci grazia a viver si quaggiu
Che'l paradiso al nostro fin ci doni;
(Oh blessed Virgin, pray to God for us always, that He may pardon us and give us grace, so to live here below that He may reward us with paradise at our death.)
www.newadvent.org/cathen/07110b.htm

Poem: 8070771 - A racist straw that broke the camels back
Member: allan james Saywell 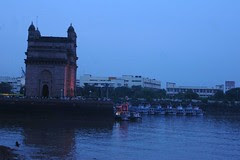 Shia Shabbarat Wiladat e Imame Zamana
Originally uploaded by flickr photographerno1
Yesterday was the Shia and the Sunni Shabbarat.
The Sunnis normally head to the graveyard and to the various Dargahs for a holy vigil all
night and prayers in their Mosques .My staff is all Sunni so I shut shop very early at about 5pm.The other guy who works for me is a Hindu , he did not come to work because of Raksha Bandhan.
I was at home all evening; wife had made Halwa Puri, as this day is the Shia All Souls Day.
We remember our ancestors are near and dear ones who left us this great heritage
that we call Hussainiyat.
Also on this day the Shias celebrate the birthday of the 12 Imam the Mahdi.
Prayers are offered at the graves, I did not go this time to the cemetery.
But at 4.30 am wife and I with my Nikon F100 my Manfrotto monopod headed towards
town, to the pier at Gateway of India , this was my wife Afshaan ‘s first visit in 31 years,
strangely though we stayed at Colaba at my parents house , none of us had ever visited
the pier to watch an event called Bajra.
Bajra means a boat, that florally decked comes to the pier with sweets called Nazar, that you taste,the entire area is jam packed , but as I had left my wife in the ladies section, I came to the pier steps took shots on negatives, later when the boat arrived I entered in took shots of the tasting of the Nazar.
There was a heavy Police Bandobust , due to the blasts in Hyderabad, I was very simply dressed , as I did not want to end up in the local cop station with my wife in tow.
The Shias also come to the pier , to place Arzis in the water, Arzis are papers with prayers on which you write your requests, mix it in flour to be fed to the fishes., to ultimately reach the Imam of our Times , whom we call Imam E Zamana.
We returned home at 7 am, I missed my digital camera so I am posting this with an old picture. The negs will go for processing..
I was shooting pictures after a very long time, my photo stream I fear will look more like Dr Glenn Losacks than my own, but I am humbled that he allows me to post the pictures that he has shot with a true love for my country and its people. His beggar pictures have warmth, they do not insult or humiliate man, but society .We who have turned our backs on our own, the rich become richer the poor they live to die .I don’t think I can shoot pictures like Dr Glenn Losack, I do not have his vision, nor his eye I don’t even have a digital camera. Not having a digital camera is a blessing I am no more trigger happy…I shoot picture on the emulsion of my soul sans camera.
By firoze shakir - August 29, 2007

A racist straw that broke the camels back 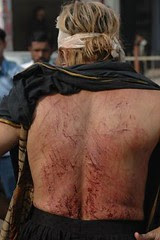 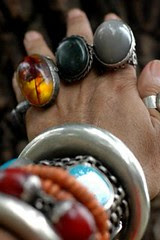 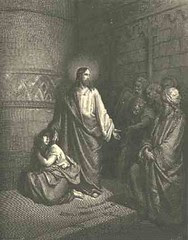 You without Sin Cast the First Stone

, in John 8:1 - 11 scribes and Pharisees had caught a woman in the act of adultery (the woman commonly referred to as the prostitute) and told Jesus who was teaching in the temple that the Mosaic Law required she be stoned to death. Trying to make an opportunity of this to trick Jesus that they might accuse Him, they, with stones in hand, asked Jesus what He says about the Law. After Jesus tried to ignore their repeated questioning, He told them "He that is without sin among you, let him first cast a stone at her." One by one each man dropped his stone and walked away.

Jesus was not arguing with the judgment. Nor was Jesus arguing neither the law nor the woman's guilt. Jesus was arguing with our right to execute the woman. Once all the men had dropped their stones Jesus confronted the woman and asked her if any of the men were still there to condemn her. When she answered "No man, Lord", Jesus told her that neither did He - He forgave her of her sin. He did not excuse the sin of adultery/prostitution, he forgave her of it. All that is sinful before forgiveness is still sinful after forgiveness. Not only was Jesus not afraid to call a sin a sin, He was not afraid to call a sinner a sinner. He even reminded her of the sin of adultery/prostitution by telling her "Go and sin no more."
Ton Carder Cap Ministry .

Thank You AJS for making me work on battering my rhyming and
Thanks to all the Poetry and Discussion helped thank you Colette
Thank you forum members..
Thank you Ted, Collins , Ask, Tai Chi …and other silent souls
I speak for the colored ones whose turn might be next..Namaskar

Comment: man you are one ugly dude in my country we would take you out the back and put you out of your misery, are you a red indian