The Silence of the Jena Tree 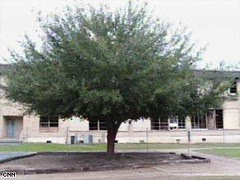 The Jena Six refers to a group of six black teenagers who were charged with the beating of Justin Barker, a white teenager at Jena (pronunciation: IPA: /ˈ dʒ iː nə /) High School in Jena, Louisiana, United States, on December 4,2006. The beating followed a number of racially-charged incidents in the town, of which the earliest that has been reported was when three white students hung nooses from a tree at Jena High School after a black student asked permission from a school administrator to sit under the tree.
The Jena Six case sparked protests by those who view the arrests and subsequent charges as excessive and racially discriminatory, especially as compared with the treatment of white Jena youths involved in other incidents. On September 20,2007, between ten and twenty thousand protesters marched on Jena in what was described as the 'largest civil rights demonstration in years.' [1][2] Related protests were held in other U.S. cities on the same day.[3][4]
U.S. Attorney Donald Washington—an African American and a Bush appointee[5]—who led an investigation into events in the town, concluded that there was no evidence of unfair prosecution.[6]
Mychal Bell, the only member of the 'Jena Six' who was tried, has had his convictions set aside. Bell was originally charged with attempted murder, but the charges were subsequently reduced and he was convicted of aggravated battery and conspiracy. Both convictions were overturned on the grounds that the defendant should have been tried as a juvenile, not as an adult, on the reduced charges.[7][6][8] Bell was incarcerated for almost 10 months, before being released on September 27,2007, after bail was posted on his behalf. Bell’s retrial is scheduled for December 6,2007.
On October 11,2007 District Judge J.P. Mauffray, Jr. revoked Bell’s probation for his four previous juvenile convictions ruling that he had violated his probation (Bell had been placed on probation prior to the Jena Six incident) . Bell was sentenced to 18 months in a juvenile facility on two counts of simple battery and two counts of criminal destruction of property unrelated to Jena 6 beating.

Women Poets Whom The Cap Fits 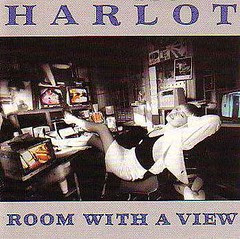 
Comment: ur a loser my god is going to be the last standing i have faith in my lord ur god wouldn't even save u if he gave a squirt walk over fire and u will get burned but i walked through venomous snake and i didn't get bitten

The Witches of Armageddon and the Aghori Sadhus 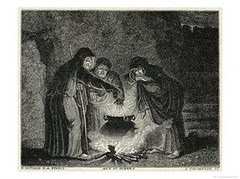 
Realizing that Jefferson Carter, Firoze Shakir and Goldi Locks
are not affected by their cauldron full of curses, the 3 Witches of Armageddon now
outsource help from the Aghori Tantric Sadhus of Black Magic of Bengal fame, they invite them to the coven and give them the contract of the three souls that remain untouchable…

sitting cross-legged the three aghori sadhus
eyes closed body smeared with ash and blood
and the witches of Armageddon three
all in lotus position chanting the mantras
of tantra prayog in black magic poetry
in the cauldron now they place
a swine’s testicles, a black goats horns,
semen of the African frog, menstrual blood
of a female Asian ass, vermillion, zaffran,
ginseng and human dead flesh bought
by the Agoris.
.they smoke cannabis
The seven power chakras
The sadhak merging the inner consciousness
With a cosmic reality
Vamachara setting the spirit of evil forces free
The japa on the corpse of freshly slaughtered
Pregnant goat thus invoking Chamunda
Removing the foetus with bare hands
They chant behusa behusa mahusa mahusa
And they begin eating the foetus the entrails
The room gets charged with static electricity
Dark forces merge into their bodies

The Three Witches of Armageddon
Filled with anger have dumped all
The three Aghori Sadhus into the cauldron
Stomping their feet chanting
Behusa behusa mahusa mahusa mahusa
Curtain comes down..

Dont Leave - Fight for your Right 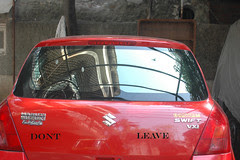 I have been gangraped by women poet here on poemhunter and sodomized by sick bastards and psycopaths, I too wanted to get the fuck out of this place but a few good friends supported me some openly some discreetly, I am not a saint but I am not a sinner either, I stood up for you, because whatever the reasons, he has no right to treat you shabbily since the site does not belong to him..
We are equal as poets.. good bad or ugly..
I would apppreciate if you stayed back..
Not only people like me but even God is with you..
Firoze Shakir
So please stay back and lets together hit these slimy rascals where it hits them most...their underbelly of hate for being better read poets than them.