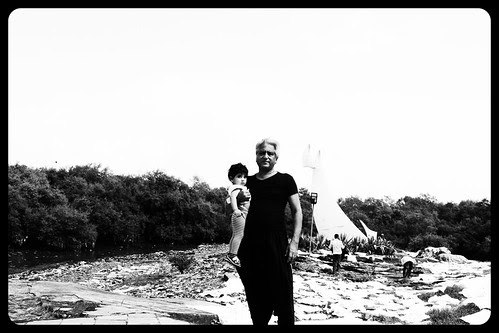 Once the camera enters your soul.. than it becomes a part of your cosmic consciousness and being..F stops , aperture other nitty gritty will come later , at the moment the camera and Marziya Shakir are in total alignment , and finely tuned ..

And this was shot last year on Independence Day ,, and Nerjis Asif Shakir her sister two year old now too has her mind soul aligned with the camera ,, and the lessons learnt through shooting pictures get embedded deep , the camera is the quintessential teacher of life .. no greater teacher than the camera and a path to self knowledge.

Today is World Photography day I stayed at home , I was invited by Mr Mukesh Parpiani to NCPA but did not go, and I did not get the Google+ invite for Tote and Turf World Photography event .... perhaps rights of admission is reserved for dogs and beggar poets I presume .. I had met Mr Raghu Rai at the Maha Kumbh it would have been nice meeting him again a very humble human photographer .

And as mentioned earlier I have lost the passion to shoot pictures I prefer re editing my old images at Flickr through the Aviary tool and adding a new dimension .. old wine in new bottle.

bX-60nwg0 Please Help Me Rid Word Verification From My Blog ,,I Am Not A Positive Spam 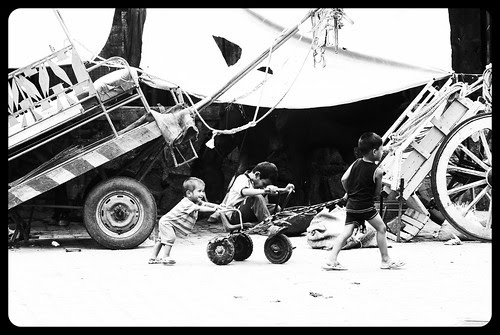 Kids at Play, a photo by firoze shakir photographerno1 on Flickr.


Please state the blog URL and any other details that you consider relevant, so we can address your issue quickly.

http://firozeshakir.blogspot.in/
I have a constant Word Verification problem bX-60nwg0 how do i get rid of this I am a serious blogger and not a positive spam how do I convince Blogger
I post all my stuff from Flickr ,, cross blog
from
http://www.flickr.com/photos/firozeshakir
please help me or direct me to some person in blogger customer care .

Email ThisBlogThis!Share to TwitterShare to FacebookShare to Pinterest
Labels: bX-60nwg0, how to get rid of it, my flickr blogs, please help me, word verifican

Kids at Play, a photo by firoze shakir photographerno1 on Flickr.
By Firoze Shakir Photographer No1 - August 19, 2013

Lord Ganesha Is Coming On The Big Screen Very Soon... 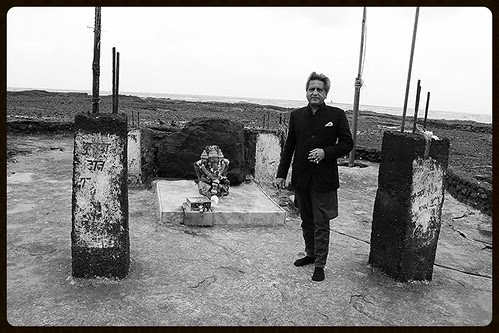 Lord Ganesha Is Coming On The Big Screen Very Soon..., a photo by firoze shakir photographerno1 on Flickr.

ask reverently
receive your
boon..be
reasonable
in what you
ask..be practical
dont ask for
celestial moon
dont wish that
he make you
a business tycoon
your wishes you
need to prune
wish for others
ask for peace
hope in dehradoon
kindly rains not
tempestuous
tumultuous monsoon
no tsunami no typhoon
also pray that manjul
becomes the king of
indian cartoons ,,
never spit on our
political system
just in case
use the spittoon
our netas before
election are prone
to become gas
filled balloons 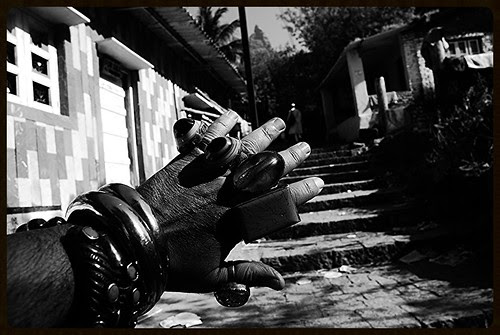 i promise
never to
trouble
you
anymore
please
please
dont
shut
the
door
the silhouette
of your faulty
footsteps
on the sandy
shore as the
winds roar
waves lashing
this poets core
the phone
went silent
again once
more ..thundering
skies as it pours
walking barefeet
in the puddles of
pain blood and gore
open sores ,,
poetic remorse
at your doorsteps
lies its source 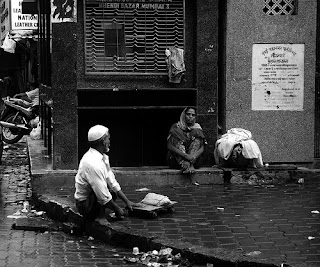 .wishing you all
a very happy
world photography
day ..thanks to
the cosmic camera
we see .. emotions
that we display .
poetically words
at play.. love
is biting the dust
when the heart gives
way.. to a prayer ...
By Firoze Shakir Photographer No1 - August 19, 2013

Death Where Is Thy Sting 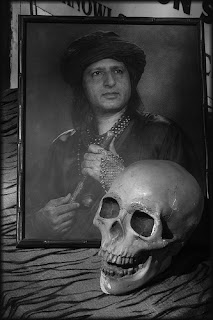 ...a poet deleted doomed
broken wings ,, a bird
in a gilded cage cannot
sing .. master of the cosmic
rings ...dancing to her tune
incorrigible puppet
on her string .. romancing
a stone did me in
By Firoze Shakir Photographer No1 - August 19, 2013 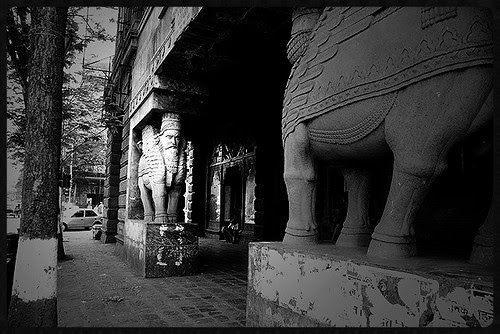 wish you
all happiness
prosperity peace
hope harmony
good luck..
to live life happily
you need gods
bounty blessings
more than big bucks
compassion humility
when you fill a beggars
empty stomach..
think of them before
you sit at hakkasan
ordering wine peking duck
dont make a mountain
of a hillock .. 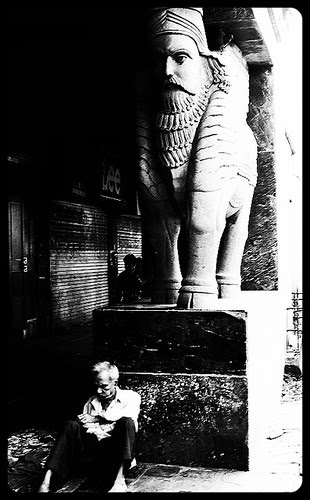 Nowrūz (Persian: نوروز‎, IPA: [nouˈɾuːz], meaning "[The] New Day") is the name of the New year in the Persian calendar.[17][18] Nowruz is also referred to as the "Persian New Year".[19][20][21][22]
Nowruz is celebrated and observed principally in Iran and has spread in many other parts of the world, including parts of Central Asia, Caucasus, Northwestern China, the Crimea and some groups in the Balkans. In Iran, Nowruz is an official holiday lasting for 13 days during which most national functions including schools are off and festivities take place.[23][24]
Nowruz marks the first day of spring and the beginning of the year in the Iranian calendar. It is celebrated on the day of the astronomical Northward equinox, which usually occurs on March 21 or the previous/following day depending on where it is observed. As well as being a Zoroastrian holiday and having significance amongst the Zoroastrian ancestors of modern Iranians, it is also celebrated in parts of the South Asian sub-continent as the new year. The moment the Sun crosses the celestial equator and equalizes night and day is calculated exactly every year and Iranian families gather together to observe the rituals.
Originally being a Zoroastrian festival, and the holiest of them all, Nowruz is believed to have been invented by Zoroaster himself, although there is no clear date of origin.[25] Since the Achaemenid era the official year has begun with the New Day when the Sun leaves the zodiac of Pisces and enters the zodiacal sign of Aries, signifying the Spring Equinox. Nowruz is also a holy day for Sufis, Bektashis, Ismailis, Alawites,[26] Alevis, Babis and adherents of the Bahá'í Faith.[27]
The term Nowruz in writing first appeared in Persian records in the 2nd century AD, but it was also an important day during the time of the Achaemenids (c. 548–330 BC), where kings from different nations under the Persian empire used to bring gifts to the Emperor, also called King of Kings (Shahanshah), of Persia on Nowruz. The significance of Nowruz in the Achaemenid empire was such that the great Persian king Cambyses II's appointment as the king of Babylon was legitimized only after his participation in the New Year festival (Nowruz).[28]
The UN's General Assembly in 2010 recognized the International Day of Nowruz, describing it as a spring festival of Persian origin which has been celebrated for over 3,000 years.[29][30] During the meeting of The Inter-governmental Committee for the Safeguarding of the Intangible Heritage of the United Nations, held between 28 September – 2 October 2009 in Abu Dhabi, Nowrūz was officially registered on the UNESCO List of the Intangible Cultural Heritage of Humanity.[31][32][33][34]
The official world celebration for Nowruz is held in countries that accept this festival. The first world celebration for Nowruz was held in the capital of Iran Tehran on 27 March 2010. Until now this celebration has been held in Tajikistan and Turkmenistan.


Nowruz in the Zoroastrian faith

Zoroastrians worldwide celebrate Nowruz as the first day of the New Year. Parsi Zoroastrians of South Asian origin celebrate it as "Nowroj", "Navroz", or "Navroj" on the fixed day of March 21, while Zoroastrians of Iranian background generally celebrate, like other Iranians, on the actual Spring Equinox date. Because different Zoroastrian communities in India/Pakistan and Iran have evolved slightly different calendar systems, there is some variance. Adherents of the Fasli variant of the Zoroastrian calendar celebrate Nowruz in March, but today, most other Zoroastrians also celebrate on this day.
Other variants of the Zoroastrian calendar celebrate the Nowruz twice: once as Jamshedi Nowruz on March 21 as the start of spring, and a second Nowruz, in July/August (see Variations of the Zoroastrian calendar), as either New Year's Eve or New Year's Day. That the second Nowruz is celebrated after the last day of the year, known as Pateti, which comes after a Muktad period of days remembering the dead. Many Parsis are confused by this, and mistakenly celebrate Pateti as if it were Nowruz, when in fact Nowruz is the day after. Some attribute this confusion by some as celebrating the last day of the year (contrary to what might be expected from a term that means "new day"), may be due to the fact that in ancient Persia the day began at sunset, while in later Persian belief the day began at sunrise.
Zoroastrians of Iranian origin generally put up a Haft Sheen table while Muslim Iranians put up Haft Sin table. The difference is because Muslims can not put wine (Sharab) on the table. Zoroastrians of Parsi (South Asian) origin do not traditionally use a Haft Sin. They set up a standard "sesh" tray – generally a silver tray, with a container of rose water, a container with betel nut, raw rice, raw sugar, flowers, a picture of Zarathustra the prophet, and either a floating wick in a glass filled with water topped with oil for fuel, or an "afargania", a silver urn with a small fire nourished by sandalwood and other fragrant resins.