I Apologize If I Hurt Your Sense Sensibilities Shooting Beggars 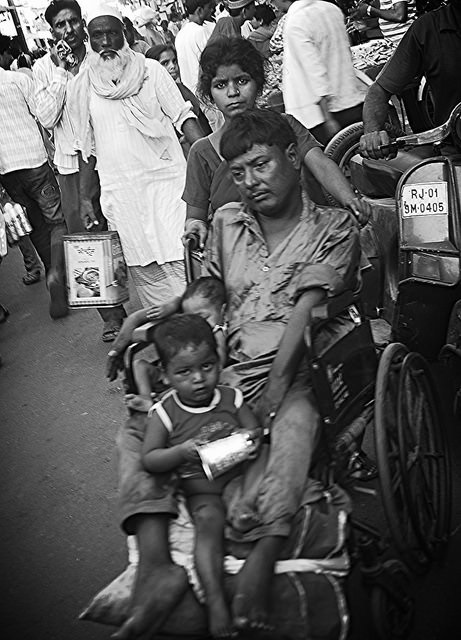 there is a lot to shoot in this world
my beggars soul as a poet refused
no flowers no sunsets no chubby
kids i opted for beggars without
legs bodies bruised ,i am shocked at
my moderation guilty and accused
i shot poor little girls as pregnant
mothers by their own parents
abused forced to beg pain
sorrow fused what else was
there to be enthused ..i shoot
the ways of this hypocritical world
treating beggars badly but shedding
crocodile tears for gaza bemused
we too were slaves of the British vampire
but we broke our chains because of
the sacrifice of our freedom fighters
now our corrupt leaders are trying
to comfortably fit their shoes ...
a political system of counting votes
giving the common man the end
of the noose ..silence the mantra
of all governance ..as political ruse
By Firoze Shakir Photographer No1 - July 27, 2014

Email ThisBlogThis!Share to TwitterShare to FacebookShare to Pinterest
Labels: I Apologize If I Hurt Your Sense Sensibilities Shooting Beggars

The Most Controversial Garment - The Hijab instead of stopping muslims killing muslims , instead of up lifting womens rights in muslim society it is the hijab that is more important as vital  issues shift course ..i also heard of women who refused to wear it were persecuted divorced

Email ThisBlogThis!Share to TwitterShare to FacebookShare to Pinterest
Labels: The Most Controversial Garment - The Hijab

I Did Not Want People Pissing On My Facebook Wall 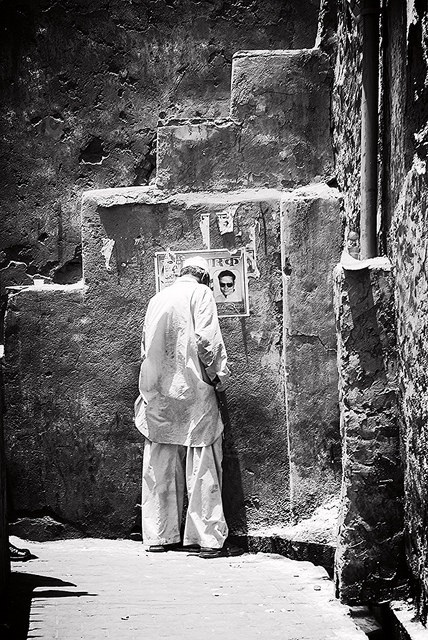 so i disabled it once and for all
the revolting smell the assault
on my conscience my nostrils
i sprayed aerosol got tired
of peoples their natures call
on my brick less priceless wall
medium height not very tall
racists bigots shia haters no
dearth of footfalls ..friends told
me re install i paid no heed to
their call no woman no wall
who will come first piddle
without heed to protocol
they had the balls and gall
some unzipped when they
suffered total recall or some
suffering from withdrawl
people just loved pissing
on my photo pasting wall
some came dripping all
over like seminal nightfall
some thought it was a public
urinal in a seedy whore
picking up mall ..i was really
shocked appalled ..no more
will i allow people on my
favorite wall.. let them beg
plead crawl .. fuck you want
to piddle go to a corner of
some chawl....my wall
forever fire walled ..

Email ThisBlogThis!Share to TwitterShare to FacebookShare to Pinterest
Labels: I Did Not Want People Pissing On My Facebook Wall

The Wise Lamb And The Foolish Man 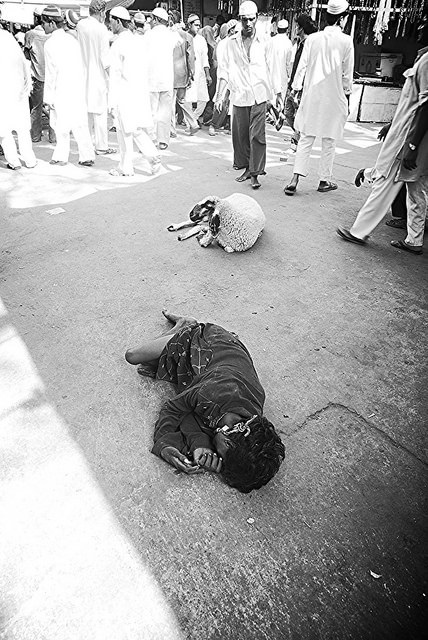 he knew he would be slaughtered soon
before they spotted the luminous moon
than he looked yonder where man lay
dreaming of countless boons wrapped
in his selfish thoughts like a cocoon
to the sorrow of the imminent slaughter
of the lamb he was immune ..man only
knows to cause harm to other men
destroy the soul of womanhood man
an imprint of death destruction on
the sand dunes lyrical remorse
out of tune , man and his misfortune ..
By Firoze Shakir Photographer No1 - July 27, 2014

Email ThisBlogThis!Share to TwitterShare to FacebookShare to Pinterest
Labels: The Wise Lamb And The Foolish Man 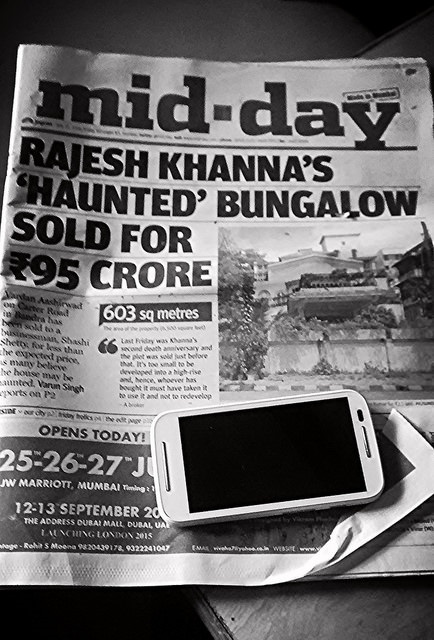 his trophies
his bags
full of
memories
thrown
outdoors
the new
owner wants
to change
the decor
change
the mosaic tiles
on the floor
a new outhouse
a new tenor
lyrical change
a new score
a new color
a bell on
the door
a new
man friday
not bala
anymore
heartless
bollywood
once dead
you are
forgotten
you are
remembered
no more
sahabs
riyasat
his kingdom
his fiefdom
will have
the new
owner
signor
watching
the carter
road seashore
no its too precious
a landmark once
a reminder of
glamour galore
the chirping birds
the cricket the bats
mourning the loss
without remorse
rancor an era
ends end of
lease tenure .
we live we die
leaving wilting
memories
that others
endure
money rules
over heart
over feelings
sadness has
no remedy
no  cure

for me my grand daughters
tears on the death of a house
the only lasting reminder of my
guide teacher mentor ,,

RIP Ashirwad you will soon be forgotten a wasted metaphor

Today I Confess The Greatest School Of Photography Is Flickr 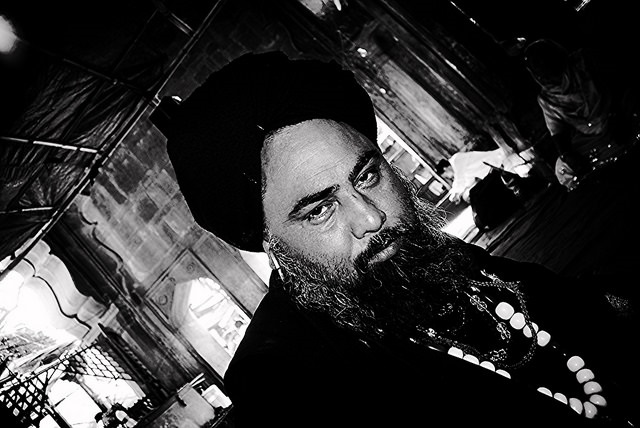 So many different teachers masters artists , under one roof , and it is here you learn observing their art , all photo creation is art replicating art.

If you are a student or even a beginner or a full fledged photographer and if you have a Flickr account , and if you are following some photographers of your choice your pictorial leanings than you are attaining tutorials free of cost..learn to appreciate pictures but first of all also learn to comment constructively without damaging the photographers humility it was easy for you to see his picture but you are not aware of the efforts that went into bringing that picture to life.Try not be over smart be decent be polite be courteous your comment reflects your parentage your nationality and the integrity of your character .

If you want to find fault or you want to add your two bits send him a Flickr mail, Give respect be respected .
He has vision he took the vision , you see a picture with no vision. And I too have been overtly criticized , hammered bludgeoned for my bleeding Moharam pictures but I have learnt  wisely my pictures are not to hurt your religion  sensibilities , my pictures educate you of culture rituals and my backyard.
If you find abusive behavior dont hit back with a abuse , dont give the other cheek, just unfollow block or report that s your final prerogative .

Adhere to self control self moderation when posting your pictures here at Flickr ,ask yourself could children see it will your grandmother be comfortable because Flickr is not your bedroom it is a lounge for everyone Flickr is world without visa and immigration check not required..

When someone adds you strictly read his profile , and most strictly see his favorites to decide if you want to see human body parts other sexual activity.. If you are comfortable add him or her .

Read the forum from time to time read the Flickr blog see what is happening and if you are Twitter dickhead like me than follow Flickr and Flickr Help ..I joined Twitter in 2008 over 118 K tweets and it is fun , I must be the only guy pimping his Flickr worth on Twitter prolifically and it spreads your art further , I get 40000 viewers seeing my stuff in spite of blocking my transgender hijras cross dressers gay pride sets from the public.

I popularize Flickr allover cyberspace , even Facebook , though I have to manually cross blog to Blogspot which was very unsporting of Flickr ..I once used Wordpress I would never touch it with a bargepole .

I instead blog my Flickr blogs to Tumblr , the best platform .less crowded , and I have some cool moments , Tumblr will one day be a big thing I say it prophetically , and it is spreading word of mouth.

The only grouse I have with Flickr is the discontinuation of Gift Of Flickr Pro that was an impetus for beggar poets like us , people who use photography for a purpose to document  the shortcomings in society , try to awaken the dead consciousness of those people on top always in slumber.

I have been on Flickr since 2007 a very long journey met some great friends lost some great friends too , death does not spare photographers , but photographers do not die they leave their imprints on the sands of Time .And so stalwarts like Jeff Lamb still guide me he instilled in me the  architectural beauty of Ann Arbor , loved my grand daughter Marziya Shakir encouraged me and I consider him my guide and mentor now residing on the other side of the Moon.

I bought a lot of people to Flickr simply because I shot their religion their faith their happy moments , and I post all my stuff here , so Flickr reached out to them through my pictures .Flickr will never be aware of my humility and my common sense.. they have robots instead of humanbeings..

Now finally I thank all those photographers at Flickr from whom I learnt and also taught their art to my grand children , both Marziya Shakir 6 and Nerjis Asif Shakir 3 have Flickr handles and they will use their Flickr when they come of Age..they have Twitter handles too.

I shoot less and I hope to continue my Flickr pro.. now there is no time I lack resources to vist new places our government does not sponsor 60 year olds and they hardly know the difference between a blogger or a photographer .

I use my vision my money to shoot pictures, I use my Internet time I pay for two internet connections per month to bring my stuff to you..

And I must give honorary mention all my black and whites are thanks to Aviary a super editing tool within Flickr that serves my simple needs , though it lets me down from time to time .

I have over 300000 images at Flickr and if Flickr does start a Getty like thing it could become the greatest picture stock agency in the world making the photographer profit with hIs images and be able to fund himself to new cameraS, lenses and technology..I hope for once my fairy godmother Ms Marissa Mayer reads my blog .. this one time,

And Anthony Posey and Benn Bell and Bernie Aguirre are giving me a big encouraging smile ,,

Thank you Angel Serene Alex there are Two Alex ,8hai EricParker Eric Frot  Aribeau , Mazaries and the rest of the gang at Flickr  its too long a list to enumerate here .

Email ThisBlogThis!Share to TwitterShare to FacebookShare to Pinterest
Labels: Today I Confess The Greatest School Of Photography Is Flickr

Muslim Society Weeps Crocodile Tears For Gaza .. But Has Done Nothing For Its Beggars And Poor People 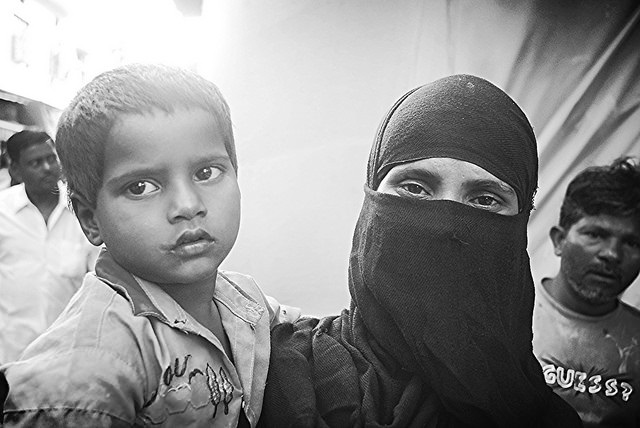