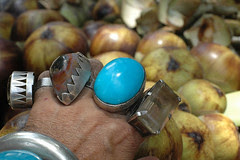 Peace of Shit a Poem / Obituary Mr Marquis Pets /Rains
Originally uploaded by firozeshakirphotographerno1
30th June 2007
It has rained cats and dogs , distempered pussys in Mumbai , since last night , the roads are flooded , gutters choked , this is what happened last year, what happened year before last , life goes on.The Mumbaikar braves it all, he walks the on a live wire with Death overshadowing him, this morning news was a guy travelling in a local train on his way to work standing near the entrance of the train got into an argument with two commuters who beat him up badly, the 300 train travellers watching this reality show none coming to his help, a local journalist Sivnath rushed him to the Sion hospital he was proclaimed dead, he leaves behind a young wife and a daughter.
This is the other dark side of the Marathi Manoos ..the two guys were eventually caught by the railway police this is Mumbai life on a slow track.
Mee Mumbaikar , hollow words , when Man destroys another Man not for religion, not in defence but because he believes in Might is Right.
Funny had I not joined Flickrs I would be writing this at Word Press.But I have to reduce the load on my Homesite , so I am bringing my poems here re edited revitalised ..
I walked from home with my F100 shooting Boran Road , I dont have the energy to punish myself or my surviving camera in the heavy waters.I opened shop at 11.45, I packed off the staff gave them an off , they live nearby , one guy stays at Mulund he called up it was bad day of flooding at his end..Mumbai in the rains ,, bhuta , a cup of Irani pani kum chai, Brun Maska ..some Kheema is the right stuff for a restless soul..roads lead to Good Luck Irani joint near Mehboob Studios..

head above shoulders
a heart filled with boulders
love
missing files and folders
beauty is ugliness
in the eyes of the pissholder.
life peace of shit as
you grow older
find a new
ass licked beholder

my 366th poem titled peace of shit this poem happened as I was commenting on Velvet Paws latest Ratty post.

Rats are very intelligent ..I kept White Rats.
These I would buy from Marquis Pets , I owe my love for animals to Douglas Marquis , there is not a single lad that has never bought a fish, Persian cat, a dog, parrots, love birds guinea pigs , hamsters, squirrels, from Marquis.
Marquis died a few years back, his wife was bedridden but she could do all her work directing the help.
And their bedroom was the hall, Marquis was a chronic asthamatic, always wheezing, never cursing.
Marquis was a Chor Bazar freak, he would leave very early morning, to buy the glass pieces that came from ship breaking yards, out of this he made unusual Aquariums, he bought all kinds of stuff, made cages, custom made, in my alcoholic days when the booze joints were shut for dry days specially at the Yacht restaurant ..they would give me a take away ofa quart gin I would come to Marquis borrow a steel glass mix it with water get tanked.. listen to Marquis's yarn..
I remember a very big shot Shetty who was on his last legs thrown out of his house a more condemned alcoholic than me .. would come and drink his hooch, country made stuff thar wa 100 proof or somethinng like that.
He was a terrible sight he spoke of good times, his kids, his homlessness, gave me the creeps as I was on the kerbside trying to walk his walk..
Yes I came away I never forgot Mr Shetty.
And I never forgot Mr Marquis.
He was known fondly as Dougie.
Bandra Banstand was Marquis's Haunt or Adda opposite the Sea Rock Hotel, opposite the mega star Sharukh Khans house would be a horse cart of Marquis kids took rides grew up with their Dreams..
I miss Marquis but do bang into his son Chris who was settled in United States but gave up all that came home to take over his dad business of Pets.. Chris Marquis
By firoze shakir - June 30, 2007