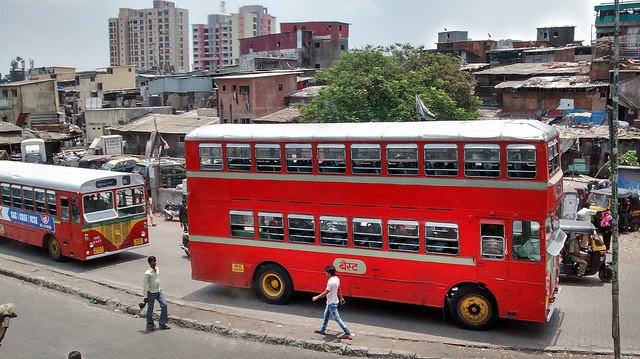 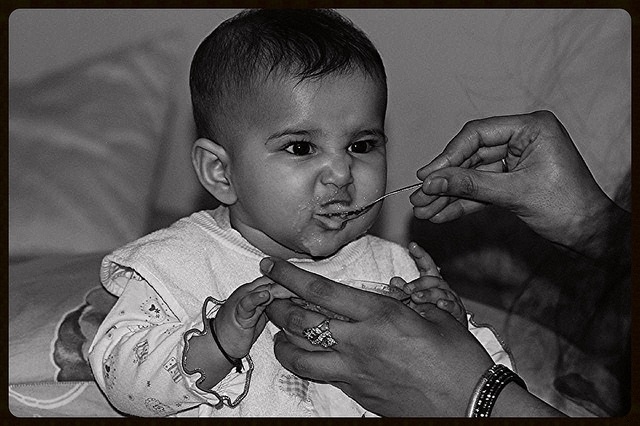 She was my first grandkid , first child of my first child my eldest son Asif and the first child in my family after the birth of my daughter Samiya .

So you can imagine the feelings of being a first time grandfather . Some have to wait a long time to be touched by this stage of second chance at parenting..

And from the second day of Marziyas birth  24 November 2008 , I reached t Holy Family Hospital charged with my camera and after setting my eyes on her I began shooting her non stop..I thought she recognized the camera more than me ,, staring at it with her vivid curiosity .

Unseen by anyone I hurriedly blessed her with my camera ..at that time I was not sure  she too would be shooting the streets like me ,,,so the first time seeing her grand father was actually her first tryst with the camera ..

Once she came hope I was delirious and as I  wanted to capture every nuance of her birth I went on shooting her , it was madness personified , and Flickr became her lifes album.. it still is.

Marziya had the craziest childhood , I took her around once she grew up a bit , introduced her to the animal farm that is Bandra Bazar Road , goats cats dogs ..


I took her to the traffic signals introduced her to the beggar urchins , and defiantly took her to Mahim when she was a year old to meet my best friend Appu a limbless beggar without hands or legs , I got a great firing for my wife .

And so Marziya became my only companion I shared my thoughts my dreams .

It was at that time when she was born she was blessed by my friend Dr Glenn Losack he gifted her the Nikon D80..

So Marziyas life was centered around the camera , she shot beggars , transgender ,filmstars , and the fisherwomen at the Bandra Fish Market .


She shot the beggars , and they all loved her as she made sure I gave them something , on her birthday the first thing was to take her down as she gave food toys to the beggar kids .

So this picture bought a flood of memories , I became a grandfather for two more in intercession Nerjis Asif Shakir her sister who will be 3 year old on 17 July , and my younger son Saifs daughter Zinnia Fatima about 2 ..both of them use the Canon 60D .without fear of man or God .

Marziya shoots on the heavier Canon 7D too.

All three are on summer vacation leaving this old man with pictures in the mind ..and on Flickr to refresh the soul of my memories.

My God Has Forsaken Me 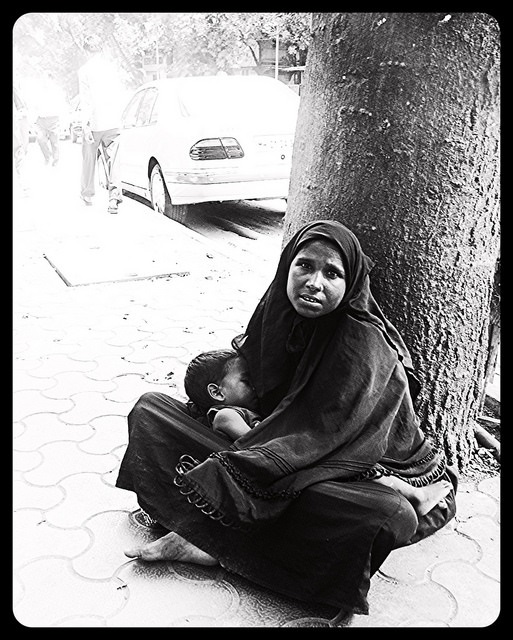 or is he testing my faith
my devotion she said
among the living
i am almost dead
but to his mercy
i bow my head
at an early age
uneducated
illiterate a liability
to my poor parents
i was hurriedly wed
a bed of thorns my
fear my dread
sitting here begging
for alms instead
my fate touched me
with misery stealthily
fled..i beg i earn
my bread..
By Firoze Shakir Photographer No1 - June 02, 2014