WHO THE FUCK IS FIROZE SHAKIR

images.google.com/imghp?hl=en&tab=wi
Google Search
Blog Top list
Tecnorati
Ice Rocket
Delicious
Photo Blogs Org
Bit by Bit
I did not provoke you
You rotten putrid fetid flesh
From a rotten English Clit
Wilkinson Rusty Old Blade
English born
Racist dimwit
Get ready
To get
The information
On a Poet Blogger
Photographer No 1
You moronic
Hate filled
English twit
Wake up
Unwashed Ass Hole
Pathetic
You with your
Useless instrument
That does not satisfy
Your wife or the
Roadside Whore
Must I mention it.
or are you a Closet Queen
A poet pederast
To think of it
You hate Indians
You presumptuous lout
Slimy English nitwit
Among the Top 20
Favorite poets
Firoze Shakir
At the Poem Hunter Poets list
Also Top 500
So be it
And my Alter Ego
Love Poetry Hate Racism
Inching its way across
Your poetic arse
To bomb it
Now do you still want to
Know who the Fuck is
Firoze Shakir
Its plastered on your bum
Like a neon lit sticker
Please don’t remove it

Thank you Vikram G Aarella
For coming to my aid

Thank you Vikram G Aarella
For coming to my aid 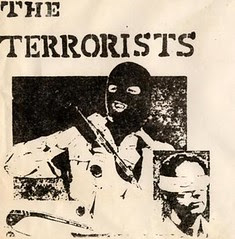 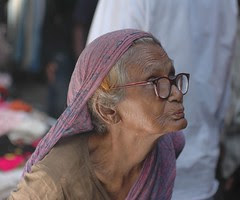 Me: Grandma whom are you searching.?
Grandma: Son I am searching for God.
Me :But Ma this is Chor Bazaar the Thieves Market , you must go to a temple
Find your God there.
Grandma : I went there too but it has become a thieves market too, only buyers and sellers no God, there. His soul has fled his body.
Me :So have you found God here.
Grandma: Yes I have he is there right behind you.
I instantly turned back, there was nothing, even grandma had disappeared 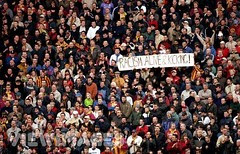 I HAVE DECIDED TO QUIT THIS SITE

But than on second thoughts
One can just about write
What one wants to write
Even if you are wrong
You are still right
If I quit poem hunter who will
Continue the fight
Who will entertain you
Morning and night
Under which Indian poets
Burnt out ass
Will a few racist white
Light the fire
Or his soul smite
I have decided not to Quit
I am not a coward
A sinner but in my values
Still upright
I shall not
Give up my
My poem hunter
Membership rights
Nameless dickheads
Shitless cheese bits
Write poems about me
Morning and night
At the forum
Mr Jim Hogg
Eminent Top 500 Poet
Scottish delight
God Bless His Soul
Remembers me
Alright
To each other in spite
Of our earlier animosity
We are much polite
Than Ms Faslund
One time friend
Another Top 500 Poet
Her poems
Universally all excite
At the forum she does recite
0..0..
well this new comedian
from Santa Barbara
has devastated me
with his harangue
on racism
and black and white
please do come
to India during Moharam
As I split open my my skull
A religious Shia rite
Ted Sheridan
Trade Martin
Howlin Dervesh
Thad Wilk
Ray Lucero
My well wishers
Have given me the strength
Not to take flight saying
Poet Poet shining bright
In the forests of poetic blight
Be poetic be contrite
We proclaim you
Sir Poem Hunted Knight

Thank you Arizona I am staying back over my dead body.. 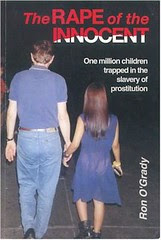 ATLANTA (Reuters) - At the age of 15, Samantha Walker was lured into prostitution on the streets of Toledo, Ohio, then taken against her will to Atlanta.

What makes her story different from thousands of others is that she testified against one of the men who paid for sex with her, helping to send him to prison.

But just weeks after the trial she took an overdose of drugs she was taking for depression and died at the age of 18.

More than 300,000 children are being sexually exploited in the United States, according to a study by the University of Pennsylvania.

Many of them end up in Atlanta, which authorities say has become a hub for prostitution in part because its busy airport makes it a destination for men seeking sex.

Where in the past pimps advertised the girls who worked for them on the walls of men's rest rooms or on street corners, these days they use online bulletin boards like craigslist (http: //www.craigslist.org/) .

Customers set up liaisons after seeing girls on the sites, and then pay the girl or the pimp directly on the street, according to the Atlanta Police Vice Department.

Solomon Gort, a married man with two children, a white-collar job and a home in Atlanta's suburbs, offered Walker's pimp $50 for oral sex with her in June 2004. Continued... 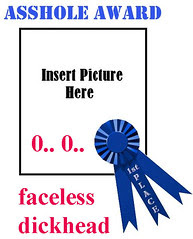 
Santa Barbara United States
0..0..nameless dickless shitless fart with
skinless faceless traits
yes its me as an Indian poet
who speaks his mind he hates
its not my poems or my poetry
but the color of the skin of my
brain he berates
that I should leave this site
which does not belong to him
he dictates
This member does not allow sending message to him / her..
A coward who has no balls orates
A eunuch poet a transgender
Who is trying to use me as bait
A single poem to his credit
Tight lipped ass hole at rebate

As a poetry blog he has been given the asshole award 1st place..
http: //www.flickr.com/photos/firozeshakir/, and has been duly tagged too..technorati, deliciously. 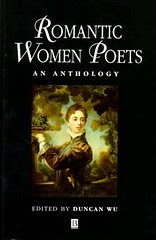 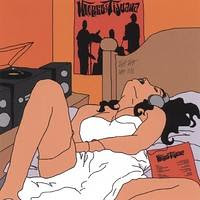 
British teacher held in Sudan over teddy bear's name
26 Nov 2007 10: 44: 40 GMT
Source: Reuters
By Andrew Heavens
KHARTOUM, Nov 26 (Reuters) - A British primary school teacher has been arrested in Sudan, accused of insulting Islam's Prophet by letting her class of 7-year-olds name a teddy bear Mohammed, her school said on Monday.
Colleagues of Gillian Gibbons, aged 54 from Liverpool, told Reuters they feared for her safety after receiving reports that young men had already started gathering outside the Khartoum police station where she was being held.
Teachers at Unity High School in central Khartoum said Gibbons made an innocent mistake and simply let her pupils choose their favourite name for the toy as part of a school project.
Police arrested Gibbons on Sunday at her home inside the school premises, said Unity director Robert Boulos, after a number of parents made a complaint to Sudan's Ministry of Education.
Boulos said she had since been charged with 'blasphemy', an offence he said was punishable with up to three months in prison and a fine.
A spokesman from the British Embassy in Khartoum said it was still unclear whether Gibbons had been formerly charged. 'We are following it up with the authorities and trying to meet her in person, ' he said.
Boulos said he had decided to close down the school until January for fear of reprisals in Sudan's predominantly Muslim capital. 'This is a very sensitive issue.'
'We are very worried about her safety, ' he added. 'This was a completely innocent mistake. Miss Gibbons would have never wanted to insult Islam.'
CHILDREN VOTED
Boulos said Gibbons was following a British National Curriculum course designed to teach young pupils about animals and their habitats. This year's animal was the bear.
Gibbons, who joined Unity in August, asked a girl to bring in her teddy bear to help the Year 2 class focus, said Boulos.
The teacher then asked the class to name the toy. 'They came up with eight names including Abdullah, Hassan and Mohammed. Then she explained what it meant to vote and asked them to choose the name.' Twenty out of the 23 children chose Mohammed.
Each child was allowed to take the bear home at weekends and asked to write a diary about what they did with the toy. Each entry was collected in a book with a picture of the bear on the cover, next to the message 'My name is Mohammed, ' said Boulos.
The bear itself was not marked or labelled with the name in any way, he added, saying Sudanese police had now seized the book and had asked to interview the 7-year-old girl.
Boulos said the first he knew about the course was last week when he got a phone call from the Ministry of Education, saying a number of Muslim parents had made formal complaints.
One Muslim teacher at Unity, who also has a child in Gibbons' class, said she had not found the project offensive.
'I had no problem with it at all, ' the teacher said. 'I know Gillian and she would never have meant it as an insult. I was just impressed that she got them to vote.'
The country's state-controlled Sudanese Media Centre reported late Sunday that Gibbons had been arrested for 'insulting the Prophet Mohammad'. It said charges were being prepared 'under article 125 of the criminal law' which covers insults against faith and religion.
No one was immediately available for comment from Sudan's ministries of Education or Justice.
Unity, an independent school founded in 1902, is governed by a board representing major Christian denominations in Sudan, but teaches both Christians and Muslims aged 4 to 18. (editing by Mary Gabriel)

Muslims are a sensitive race
Whether it is Sudan Saudi Arabia
Pakistan, Iran Indonesia Malaysia
Or any other Muslim place
Call the Muslims by any name but
Be careful be warned
The Holy Prophets name
You don’t deface
It is one thing
They won’t
Tolerate
Music of your wrong doing
You have to face
The laws of the land
Where you work
You have to embrace
Respecting their religion
And their spiritual mind space
Lashes on your soul
Coup de grace
To replace
No two ways
Or like
Taslima Nasrin
You will always be on the run
Searching for a hiding place
Living in Fear
And no breathing place 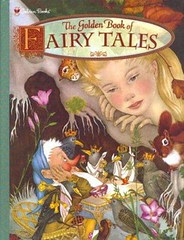 
Spam Spam Spam
he rants and rails
Poetry spam he bewails
But United are we Poetry Spammers
As our poetry like paper boats
Moves into lonely hearts
Without sails. The world of Poetry
We regale
We who don’t need to cross dress
Like those in the Poem Hunter forum
Courting Males as females
Or transgender eunuchs on a poetic trail
Beer drinking kitchen recipe formulas
Pages and pages bales and bales
Snakes molting poetic scales
Catch the nigger by the tail
Beat him black and blue when all fails
Kick him hit him throw him
In the Forum jail
Notify Emily T by email
Poem hunter supports
Florence Nightingale
Poetic expedition
Now gone stale
Racist poets
In search of the Holy Grail
Top 500 Poems of Favorite
Forum poets
At the Flea Market
Being hammered
At the Auction Sale
Pilfered plagiarized poems
Also part of a clearance sale