Children Of The Night .. Searching For Gods Divine Light 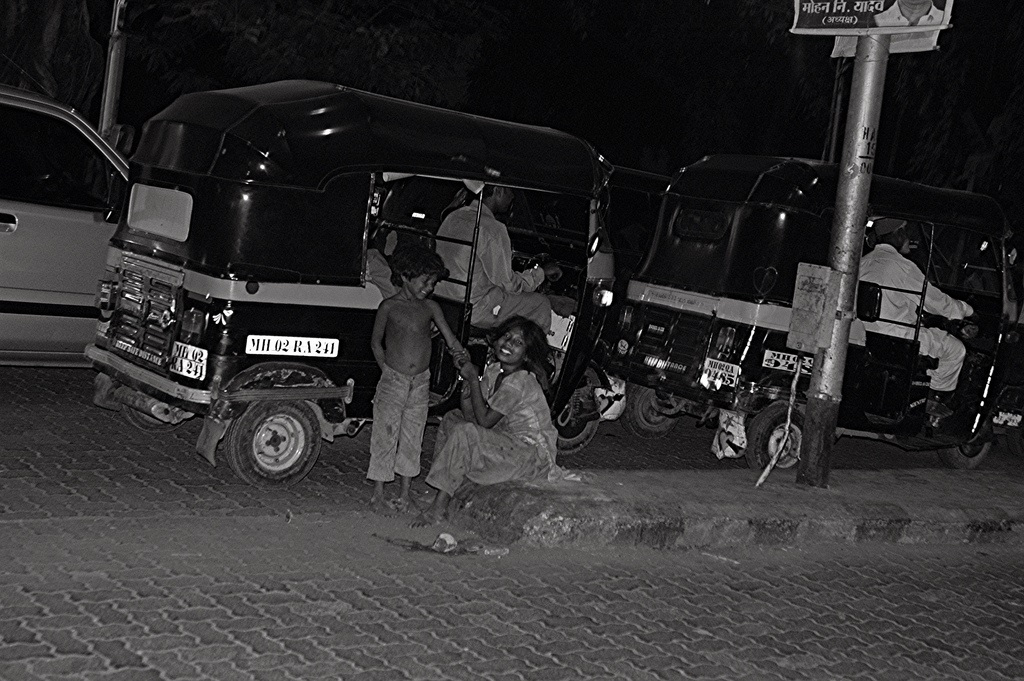 at the traffic signal
begging running
behind cars thanks
to that red light
dampened by
bad luck when
the cars move away
the pulsating green
light aware of these
poor childrens plight
born to beg beggar
kids of every height
dark future despair
lit up faces when
the car lights go
bright ..dreams
born died future
out of sight ..leftovers
from stomach restaurant
sipping an empty bottle
of sprite ..poetic meanderings
clipped wings of a beggar poet
aborted mid flight ..monochromatic
melody once in color now posing
posturing as street art black n white 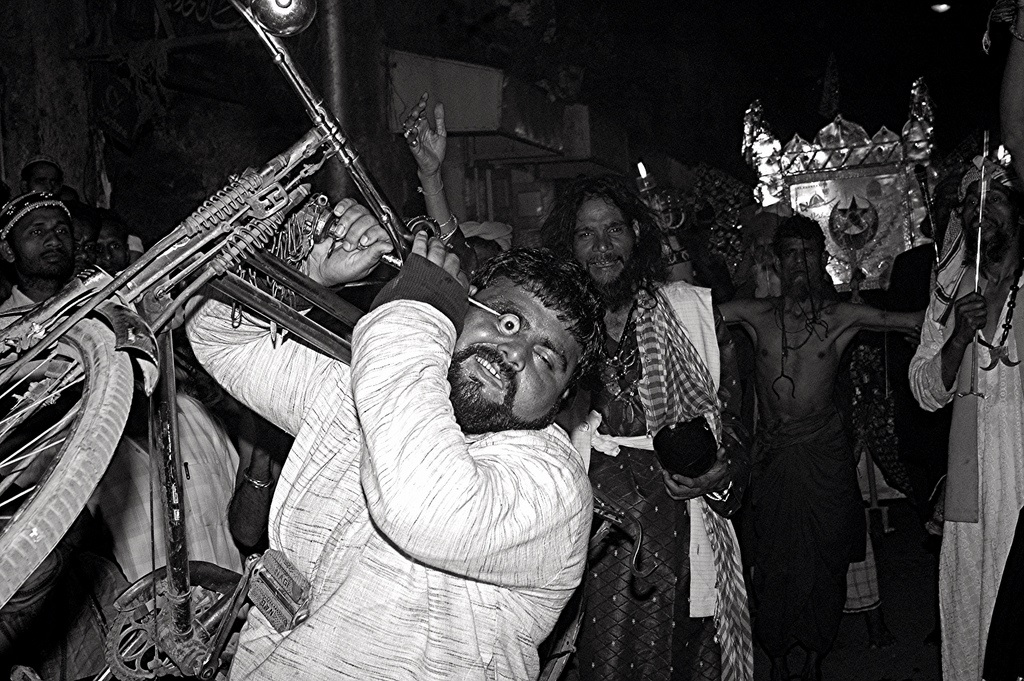 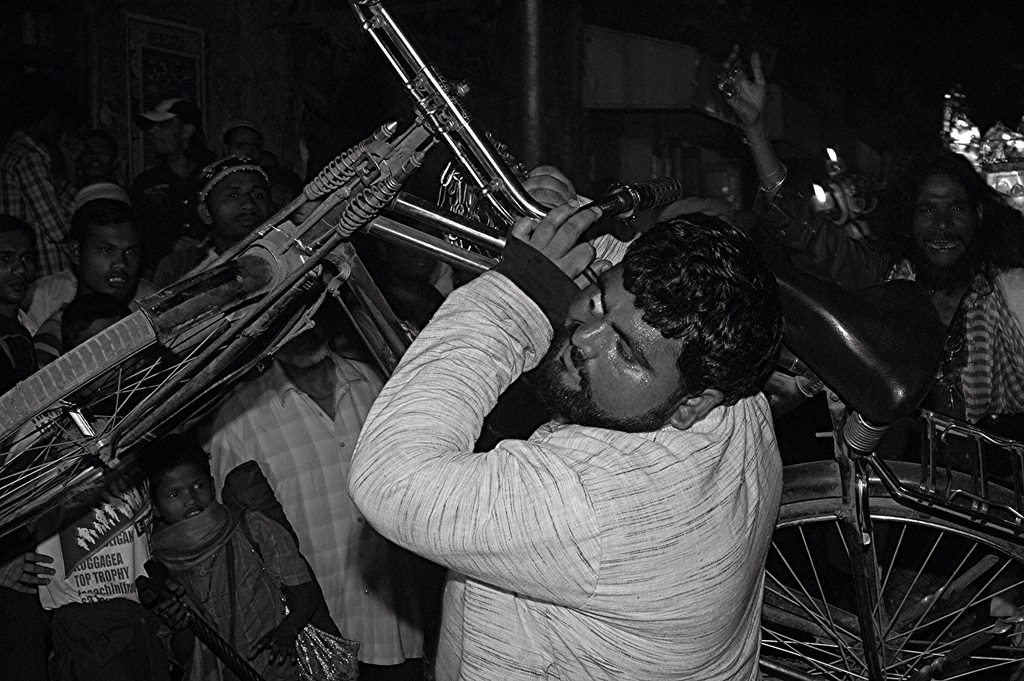 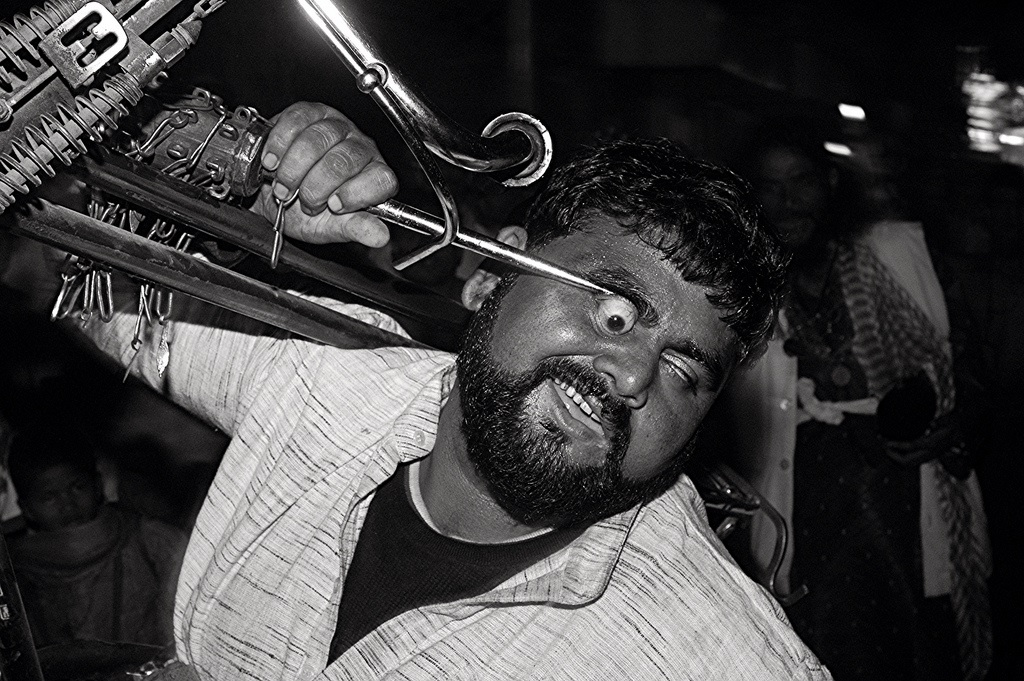 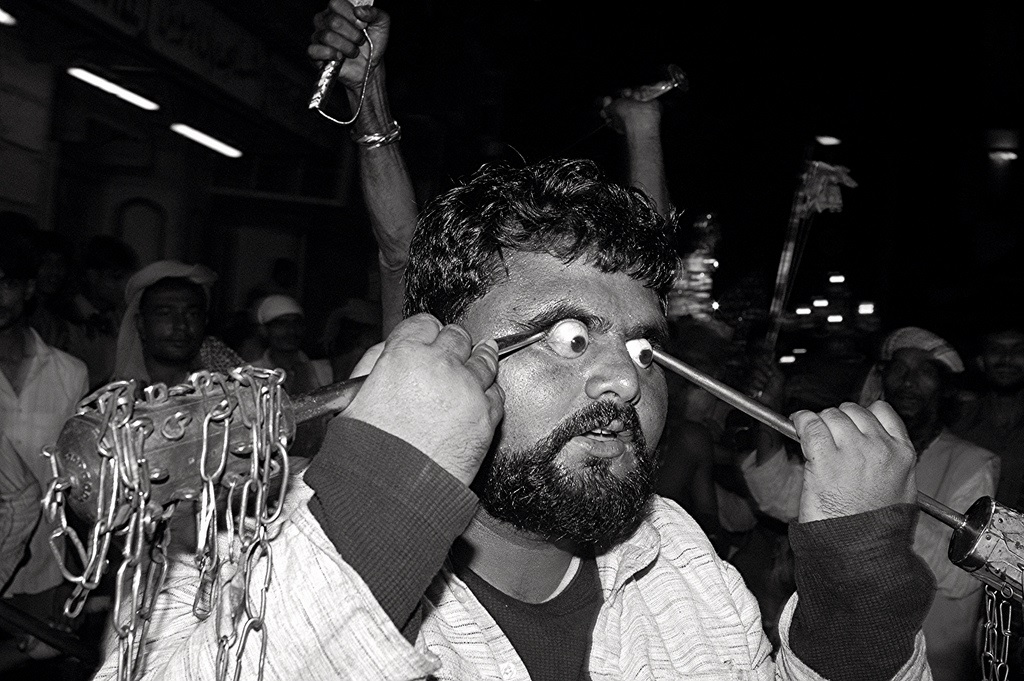 I was not a very big fan of Flickr when I joined as my head was clouded with a world I had left behind called Buzznet ..If I think of any site that did away with most of my rough edges it was Buzznet .There were friends bonds relationships learning and unlearning.

I decided no more blogging and deleted my old Blogspots too.

I took a break but the blogging virus had entered my bloodstream , and so my son Asif  gave me a Flickr pro account in 2007 to house and archive my old images and some Buzznet memories .

And it has been a memorable trip  nostalgic also sad I lost of two of my very good friends on Flickr Jeff Lamb and Fred Miller .


From a digital photographer I began gradually evolving as a blogger and a word spinning word juggling photographer poet..I was falling in love too as the cyber love is more daunting and dangerous than the offline one..I saw a lot Think Flickr Think Flickr Blackdays and now Flickr Prosperous as it grows on all of us.


Because of the nature of pictures I take and I should not be merely judged by the pictures I take I did not add people , I kept my comment box of public I had seen a lot of Anti Shia virulent hate on my Shia images shot as photojournalism , despite me being a Shia born Indian.

I documented Shiasm about 60000 images , about Moharam in particular , with mournful days of Ashura Chehlum Athvi..and all this was never shot for the Shias but as a documentary for my foreigner friends Non Muslims Non Shias who wanted to know why I cut my head every year ..

Because of the bulk of this documentary I met photographers who wanted to shoot Moharam in Mumbai I went out of my way and helped them shoot the same ..today Glenn Losack  and I are very close family friends .But shooting Mumbai Moharam is easier as it is either in a hall Kaisar Bagh , or on the streets Ashura and Chehlum and manageable , till date nobody shot the cemetery segment with a task impossible because of the crowds and the bloodshed of pain for Imam Hussain.

I stopped shooting Moharam in Mumbai when a few young unruly Shias made it impossible with their idea that I shot other religions and the the transgender community too I decided no more Mumbai Moharam for me save the Majlis that my wife does at home I shoot Moharam in other cities of India where a Shia is respected for being human too.

I feel sad that two of my friends who  wanted to shoot Moharam in Hyderabad could not have got the pictures they desired on Ashura day and I stand guilty as I dont know Hyderabad streets as I know Mumbai and covering Bargah at one end in the morning and Bibi Ka Alam later at noon is almost an impossible task,, without my friend Sajjad Bhai I could have not shot Moharam the way I wanted it including cutting my head at Bargah and at Bibi ka Alam.

I shot the Maha Kumbh too and it was the greatest life time experience I met Flickr photographers too but I had more access to the Kumbh as I lived at Sector 4 with my Naga Guru..and I was helped immensely by a young girl who tragically passed away she opened up the Kumbh for me..
i have over 61000 Hindu Blogs And 32000 Sufi Blogs .

I have been seriously under attack by a viral form of Bronchial allergy since I came back from Lucknow I cut my head thrice walked wet barefeet all leading me to be cooped up in bed .. so I have not shot anything new instead I am sorting out stuff from my DVDS CDS and these images I am reblogging as BW thanks to the Aviary tool,, I type with a single finger so it serves my purpose.

Now last evening a Flickr member who was following  me posted harsh stuff about these images , that are what I shot realistically in 2005 about the Rafaee way of life..neither do I follow their faith or their ideology as even the piercings are for the gallery means of sustenance , these are akin to Fakirs of yore . How they pierce their bodies , they dont bleed , and if they do, the Murshad applies Dhuni ash and the bleeding stops.

The child Sharukh Rafaee I shot should have been in a school but his father taught him art of body piercing  and abandoned both mother and son.. so Sharukh only does what he was taught ,, I have not seen him till today and this member was upset with my images , I answered him but he continued to lambaste me I decided to Block him..

Now I wonder why do people follow people blindly without seeing his Profile his images his Favorite ..his background..I dont add people unless they are photographers , I will never add a blank profile so I am blocking 1400 Flickr members .

I dont shoot stuff to hurt your emotions your feelings or your religiosity I never comment adverse on peoples pictures I only favorite comment on people I know thoroughly well.

With this I wish I have clarified my stand as a Flicker member , who follows Flickr rules , if you have to pass your judgement on some images send me a Flickr mail I will moderate it accordingly ,, My Naga images of frontal nudity are restricted .

My entire lot of 20000 Hijra images and the Gay Mumbai pride I disabled from public view because of picture stealers and my one last request to Ms Marissa Mayer Yahoo Flickr should register only bonafide valid members ,, thereby getting rid of those fake Ids hate spewing spammers who are out to dis harmonize others at Flickr .

Wishing you all a very progressive peaceful 2015 forgive me for hurting any of you it was not intentional.

Live and Let others Live too

The Tongue Is The Greatest Weapon Of Destruction If Used Wrongly 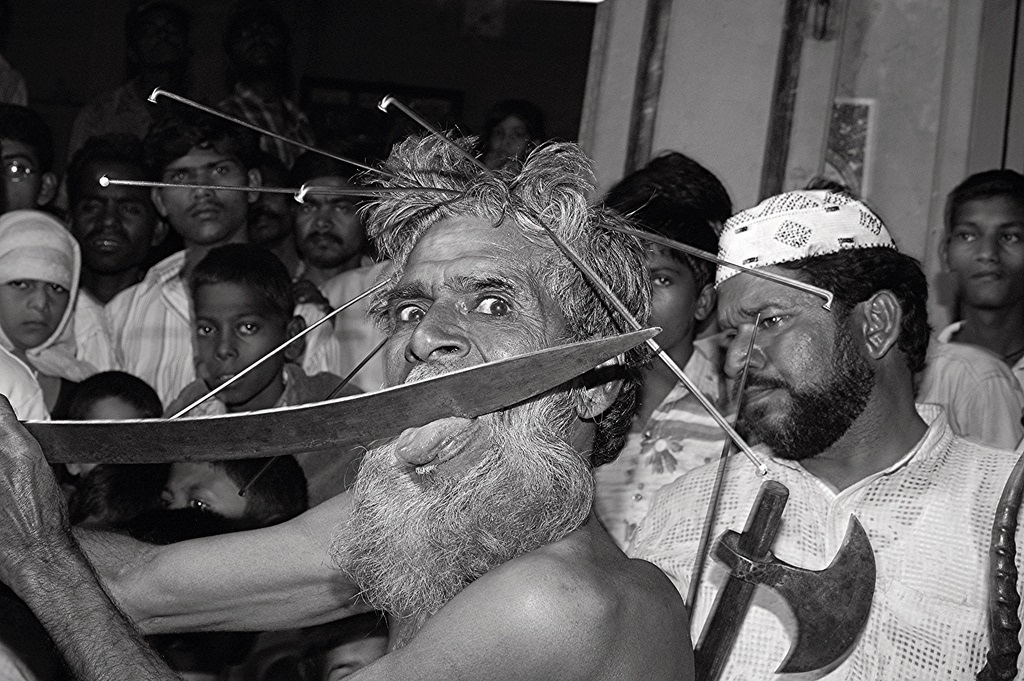 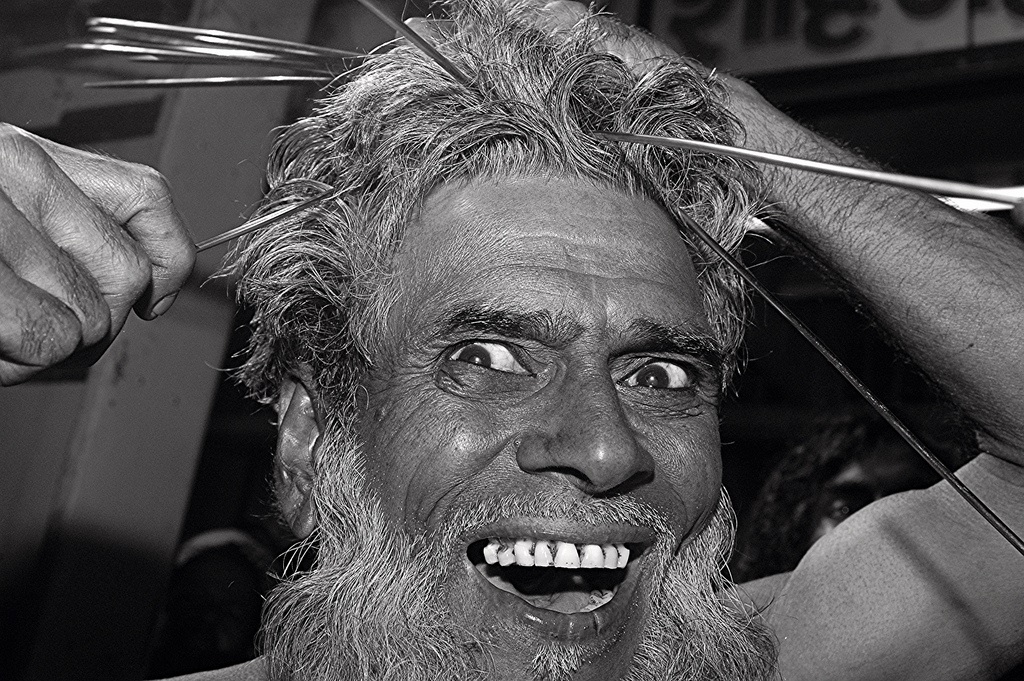 Relax, " said the night man,
"We are programmed to receive.
You can check-out any time you like,
But you can never leave! "
By Firoze Shakir Photographer No1 - January 02, 2015