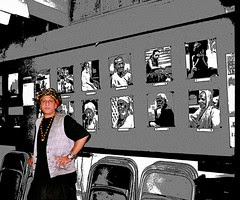 All this would have not been possible without PSI Mumbai , the camera club where I am a Life Member .
This was my first and last photo exhibition..
I was a salon exhinitor national and international I gave it up since I became a Photo Blogger .. thanks to Brandon Stone Photo Blogs Org.
All camera clubs have been corrupted beyoond redemption, there s no photography to be learnt only putrid politics..of crabs within a crab botttle..
The Federations bitch about the Councils and vice versa.. photography of old is dead and gone ...I was lucky I did not get corrupted before the cancer set in I had moved million light years away in a stellar system called photo bloggosphere.
I saw the secretaries of clubs causing ruin to the souls of photography..and getting away with impunity..the President of a Club a rubber stamp and nothing else his balls being mortgaged to the secretaries of the Club..
Good Presidents dont last they are given the boot..
Photography is about big bucks and kicking ass..guys like me are kept away from the podium because we are visionaries with a photograhic truth that we propound..
Nobody wants to hear this not those who have given photography a bad name.
I reiterate there may be some good clubs but the evil has spread , eating away.
I believe photography is alternate science of holistic healing..
We show areas in the dark where there is no light... we are catalysts .. the social crusaders depend on the Truth we portray through pictures..you cannot distort truth or morph it with photoshop..the original layer of Truth is always visible..
I am what the Society made but I did not let the system in the society make me like them..I ran from a sinking ship .
I keep away from Groups..
I follow the lyrics of Eric Claptons Blind Faith
Following the shadows of the skies
Waiting for the ships to sail..
Man changes but its important he change for the better..photography is not about yours is bigger than mine , photography is poetry..you read it by ear you play it with the sonorous sounds in your soul..
Fuck photography is not about bullshitting either ..
I gave up Photography ..
Photography wont give me up...
By firoze shakir - July 29, 2007 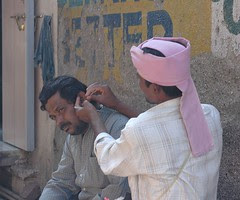 The Ear Cleaner Man
Originally uploaded by flickr photographerno1
This is a typical quintessential Mumbai street corner scene..the human ear has vaginal longings too,labial lechery,but no clitoral claustrophbia...
For Rs 5 / the ear cleaner man transports your hidden desires, your longings as he penetrates the cravings of your ear openings,sliding his instrument in and out, gliding in and out..this is the only time you will imagine what your woman imagines when you step down into her tube well..without the safety rope...
For the climax he ejects a few drops seminal like liquid to cool the overthumping temperatures within..
You are in a different world watching a Xrated film by the time he gets on to your next ear for the foreplay to another replay...
This is how I see the ear cleaning act...
If you see it differently I wont blame you.
To be a good photographer you need to be a poet too beyond seedy semantics.. Picture taking is wordless poetry.
Unlearing Photography.

Within the Shadow of her Eyes 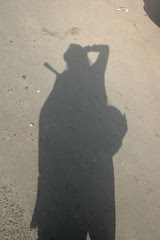 Within the Shadow of her Eyes
Originally uploaded by flickr photographerno1
a lie
several lies
lie
within the shadow of her eyes
lies
more lies
within the shadow of her sighs
thoughts more thoughts that rise
each thought that has paid a price
a fistful of hell as paradise
woman
mans death in disguise
guillotined passions beween her thighs
the best of man anaesthetise
what remains mytholigise
a medicine wheel going
anti clockwise
his wretched soul proselytise
poetic pangs to be precise
no wonder man
born of a woman
to womanize
By firoze shakir - July 29, 2007 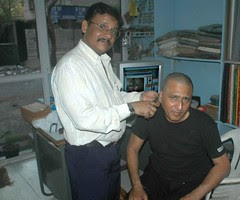 Ear Piercing the Indian Way
Originally uploaded by flickr photographerno1
This is Azad Hussain my silve smith , he burns a pure silver wire, than pushes it into my ear lobe, both ends are than entwined to make a rounded earring..
I tried this process with the machine too, but does not work for me..
The pain subsides after a day, I pour coconut oil on the lobe..
After a few weeks I remove the wire and place a neem stick..
Later I insert my funky stud earrings.
I have to clean my earrings a weekly Sunday affair, place them in savlon..
My ear holes inspite of all the care get infected due to dust and my diabetic condition..
this is at my tailoring shop..non commercial photoblogging sop...
By firoze shakir - July 29, 2007

What Did the Inbox say ? 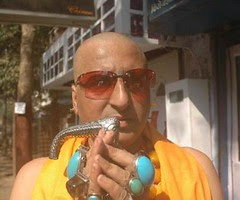 i got fucked by a male.

a blind man touched my ass

for the holy grail.

out of her heart as I set sail

a bogey of bad dreams

on her trembling door nailed

as a poem of a pictorial persuasion

a cybernetic disaster of a love 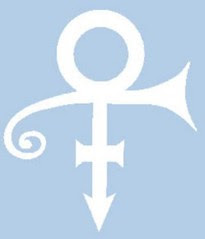 UNCROWNED GENIUS STEVE HALDANE YYYYYYYYYYYYYYYYELL
Originally uploaded by flickr photographerno1
picture courtesy steve buzznet ..
the man who threw me to the wolves.. the man in his earlier avtar responsible for my growth as a photo blogger ...

This was an old poem on a terror bull terrier buzznet blogger called green velvet ..paws is pause in this case .

And gave us pain.

And we held hands

He is back so we wont complain

with his shit the carpet stain..

Should be locked up in a fucked lunatic asylum

And loonies raping his ass for the holy grail.

And even fucked lupines

Are on his trail,

And sitting here in Mumbai 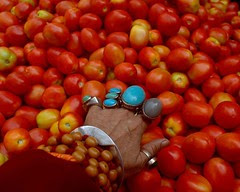 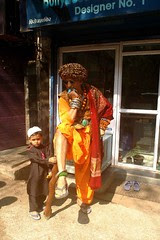 Adil My Neigbours Son
Originally uploaded by flickr photographerno1
Adil stays next to my shop, he is wearing his Friday best, he wont miss the congregational Namaz , but going to school is a burden , that he wont bear.He is always pretending of being unwell just to bunk school.
He is one of most intelligent kids , he calls me Firoze Shakir no Uncle no Bhai..but he is innocent and thinks he is perhaps a bit older in wisdom than I am..
By firoze shakir - July 29, 2007

A Cock Crows at Morn 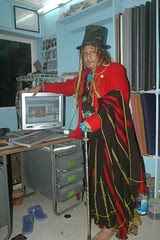 A Cock Crows at Morn
Originally uploaded by flickr photographerno1
Said son Saif “Dad you look
Worn out and out worn..
Like a parched rose at the mercy of a thorn
During Ashura when the blood seeps from your head
I tell myself quiet flows the dawn
A photographer a poet reborn
Poetry veiled as a metaphor
Seeking solace pulverizing
Wisdom a cock crowing at morn
At poem hunter
Even a bird cock sounds like porn
pretentious vaginal vagaries
vaginal monologues
mature women
lifting their skiirts in the bogs
wheels within wheels minus cogs
poetry that shoots its mouth
giving head to photo blogs
a goddess who pretends to be in love
with one from a family of frogs
unwashed repressed mornings
words sentenced to sodomizing weblogs
says her heart a lonely hunter
rights of admission reserved for Indians and dogs
down under god save you from terrorist laws
made for Muslims and wogs..
a borrowed Sim card ..barefeet in chains
Gauntanamo style Aussie hate for multi colored catalogues
By firoze shakir - July 29, 2007

Before Hazrat Ali's (A.S) birth his mother went to Khana-e-Kaaba and one of its walls split open & she entered inside the Khana-e-Kaaba & the wall joined again. She was a gust for 3 days in Allah’s home. When she came out on the 3rd days she came out from the same split from were she had entered the Kaaba. The wall joined again but the place on the wall where it split lift a crack, which is visible even today. This crack is proof that Hazrat Ali’s (A.S) mother did not go inside upon her own will but was invited by Allah.

The Prophet (P.B.U.H) named him Ali upon Allah’s will and he was also called Haider. According to riwayaats it is stated that one day when Hazrat Ali (A.S) was lying in his cradle and was a few months old a cobra snake climbed onto his cradle and Maula Ali (A.S) killed it with his hands.When his mother saw this she said,

When the Prophet (P.B.U.H) migrated to Medina it was Hazrat Ali (A.S) who slept on the Prophet’s (P.B.U.H) bed and saved his life. In the war of Badr out of the total number of enemies killed Maula killed half of them while the remaining half were killed by other Muslim warriors .In the war of Ohud when the Muslims fled from the field even though Maula was injured he never left his post & fought bravely .It was in this war that Allah sent him a sword & Jibraeel (A.S) recieted a couplet praising him :

In the war of Khaibar when the Muslims were losing the war on the last day the Prophet (P.B.U.H) sent Maula Ali (A.S) in the field & he killed Marhab & Antar the strongest men in the enemy camp & uplifted the entrance door of the Fort of Khaibar . In short whether it was War of Khandaq , Hunain or in any war Maula Ali (A.S) was always present.

The Prophet (P.B.U.H) has called him the Father Of Knowledge. His sermons & letters are present in the book named "NAHJUL BALAGHA" & "NAHJUL ISRAR".

There are many Aayaats in Quran in praise of Maula Ali (A.S). The Prophet (P.B.U.H) at the time of His last Hajj called all the Haajis & lifted Maula Ali (A.S) on his hands & said: