In India Even God Cannot Save The Woman From Being Raped. 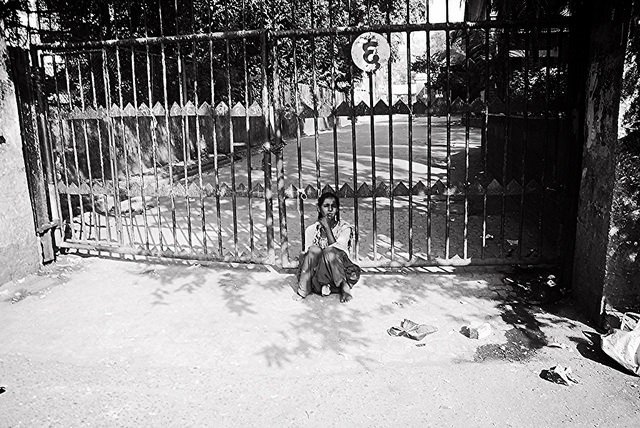 such is her vulnerability
her accident prone fate
from the day she enters
her mothers womb she
is on an endangered list
to kill her rape her throw
acid on her face they wait
she is hook line sinker bait
forced into prostitution
slavery used in ads for
condoms to titillate
burnt for not bringing
in dowry in a world of
male dominance full
of hare religiously
treated as a lowest
of the low sacrilegiously
debased ,.humiliated
ill treated disgraced
dont be shocked by the
acid marks on her once
pretty face woman in
india a commodity within
also on the surface ,,

Email ThisBlogThis!Share to TwitterShare to FacebookShare to Pinterest
Labels: In India Even God Cannot Save The Woman From Being Raped. 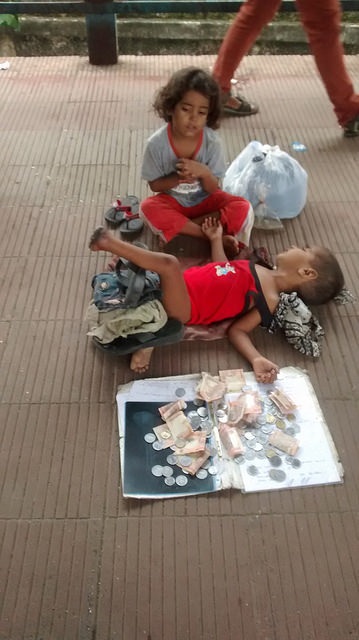 I shot this scene at Bandra East overbridge that connects the busy East to West Bandra  yesterday 1 .30 pm ..and I was shooting them first time , before I took the shot I looked around for their parents guardians , save a lady in Burkha who looked in very bad shape , perhaps drugged there was none .

People were moving in a hurry , dropping money I took this shot on my mobile phone , I had my DSLR but was too lazy to remove it and I too was in a hurry I was taking a local to CST I had urgent work at Zaveri Bazar.

Honestly I have been shooting beggars for several years , I know their modus operandi , but this was seriously sickening and this is forced begging making both the kids sit like this during rush hours.

I saw this similar scene at Taragadh , a mother had left her sleeping child , drugged in the hot sun and people threw coins as they moved upwards towards the Holy Shrine of Taragadh.

Mumbai has lost its soul , cops wont ever stop this , catch he criminal parents , they should beg instead of forcing these kids to beg .. he had time to fuck his wife get the kids now he is abusing them in the worst manner and they are Muslim kids from the Bandra slums , but than they could be from Mumbra too.

About Mumbai cops , the second hardhitting scene I saw next to the HP Petrol Pump Bandra SV Road Opposite Lucky Hotel,  , beneath a cart in full view two drugaddicts smoking brown sugar , they saw me so obviously I could not shoot them , and they seemed unafraid , they know the Bandra cops wont ever touch them ,as this is a regular adda , i have seen them so many times

I walked towards the Bandra Police chowky at the signal where accident vehicles are kept I talked to one of the cops told him about the drugaddicts , but all he could tell me i will send someone and check it up tomorrow.

And with my highest regard for the CP Mr Rakesh Marias his force is really demoralized for what I dont know , but the way crimes take place the common criminal  has empowered himself boldly forcefully , than when you have rogue cops in the force what message are you giving to society.

It dampens my spirit seeing Bandra going to the dogs , almost every space under the skywalk near the Bandra Bus depot is a haven for smoking drugaddicts men women , even the locals are scared of them.

And I shot the famous JJ Hospital signal drug addicts from my bus when I was there last time ..I have not uploaded those pictures.

I dont shoot beggars to make money , those who know me , know that my profession is not dependent on the generosity of my camera.

But because I shoot as a street photographer the churning of my city , its emotional upheavals I am able to pick up those nuances that escape the normal eyes.