He is a Kinnar another name for the Hijra , I have known him for several years , as he is part of Gopal Hajis Hijra household.We meet year after year here at Motti Katla Ajmer outside the quintessential tea shop, some of my best hijra pictures of hijras have been shot at this hijra watering hole..

Ajmer is one place that drinks are taboo, but charas or hashish is a common feature , the hijras too smoke the chillum abundantly.

Below article from the most resourceful hijra site

Hijra means "impotent one" in Urdu. In Hindi, hijra may be spelled hijada, hijara, hijda, hijira, or hijrah, and is pronounced somewhere between "heejra" and "heejda". An older, more respectable term for hijra is kinnar. An abusive slang Hindi term for hijra is chakka.
Some hijras were made to be literal eunuchs -- some of them against their will. The process isn't ordinarily a pretty one, usually carried out without the aid of modern anesthesia or antibiotics. Most, however, are transgender of some sort and choose to foreswear their lives as men while retaining their sex organs. A few, however, are intersex and are considered to be "born eunuchs." Hijras are usually considered to constitute a third sex or third gender in that they are neither men nor women. (Not coincidentally, both hijras and two-spirits -- Native American "Indians" who are also of a third gender -- have been said to refer to themselves as "not men, not women.") Hijras don't all look at themselves the same way. Some see themselves -- or are construed by others -- as females, feminine males, transsexuals, or androgynes. There are also female hijra, called hijrin, which are not the same as sadhin.
The term mukhanni may or may not be a synonym for hijra. Another such term is ali. The relatively new (as of 2003) Aravani (aka aravanni, aravani, or aruvani), originated in Tamil Nadu, was popularized in India as a politically correct term to describe members of the third gender, yet it applies more to the devotees of Kutandavar Aravan (India's god of the ali) than those of Bahuchara Mata (the goddess of the hijras). In Urdu and Punjabi, both in Pakistan and India, the term khusra is sometimes used. In Gujarati, they are called Pavaiyaa. Another term is jankha.
The term koti (aka kothi) refers to males who take a "receptive" or feminine role in sex. They are usually not conflated with hijras, although they often dress as women and act in a feminine manner.

An all-around introductory explanation of hijras is stored on this very site, here. If you are reading this and have information which you feel might be helpful to this site, please send an e-mail message to .
This page is linked to the Androgyne Online website because hijras have some things in common with androgynes -- like being of a third gender, for example.

What is the difference between a eunuch and an androgyne? Well, for one, most androgynes have a gender identity of neither a man nor a woman, while eunuchs tend to have a feminine gender identity closer to that of a transsexual than an androgyne. Is there a tendency to conflate androgynes with eunuchs? Perhaps. And yet, not all eunuchs are hijras, and not all hijras identify as transsexuals or androgynes.
Many would argue that it wouldn't be entirely inappropriate to refer to a eunuch as an "it," but even an agendered androgyne would probably object to being called an "it." Androgynes might bend over backwards trying to use terms like sie (pronounced SEE) instead of he and she; and hir (pronounced like "hear") instead of him or her; but surely, they would like to avoid "it." Why is that, I wonder? If one truly is agendered and wants to make an issue of it, why not reclaim the term "it" like some blacks have reclaimed "n*gg*r" and some gays have reclaimed "queer"?
Finally, for those interested, there is a special type of agendered androgyne or eunuch known as neutrois.

Life Is a One Way Street 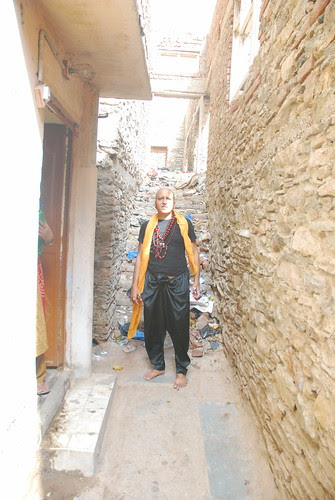 Life Is a One Way Street, originally uploaded by firoze shakir photographerno1.

Dedicated to Theresa Burke aka Dragonfly 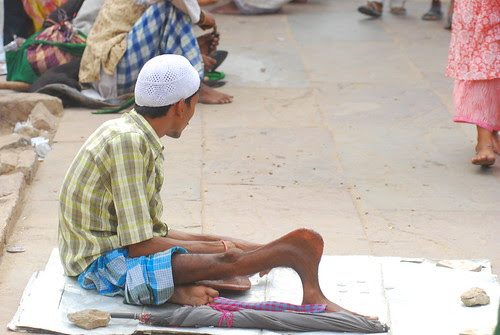 I did not ask him about his deformity I never do, I am more deformed from within than he is,he read my thoughts as I read his..he was extremely silent and in the ruins of Dhai Djinn Ka Jhopda he invoked God for Mercy.

I have dedicated this to an American Woman, , one of the finest, mother of two, brilliant photographer Theresa Burke..She and Wanda both share this dedication from my end.

American woman is an enigma , an American Woman is a Gods unsolved riddle and you dont need to tell an American Man about his better or bitter half anyway...


I recently in my prolonged state of illness after my return from Ajmer a victim of sever food poisoning, wrote a comment that hurt the overzealous patriotic streak of another American woman, it was hell to pay even after a public unconditional apology, she could not get over my remark which was alluded to people leaving their mother countries to lick ass of a dollar littered shores..and people I feel should show humility and not pride as essence of patriotism, I think flag waving and other stuff considered as patriotism is nothing but a refuge of thieves and scoundrels..

True patriotism lies in the inner soul of humanity a world without man made fenced in bleeding barbed wires.... feeling the pain of others like the painof this man with deformed legs..

I asked this friend to block me as she was quite hysterical message after message about my aberration in a comment, , she thought I was over reacting behaving like a drama queen, I am a good man so I went and blocked her for life.I dont take shit from someone including my own spouse ..

I dont need friends if they cant take a comment in the spirit of gratitude ..I have thus removed my comment box forever..

I have now given you an explanation as you all deserve one..

Funny to get upset I am never going to visit any one of you in your home country I have decided to do away with the passport I dont have one, , I am on the internet and dont need one either..no Immigration check either ,...nothing to declare but fragmented pedestrian poetic genius..

Now stop clapping..this was to the Hijras in the aisle..

The Barefeet Monk of Mumbai 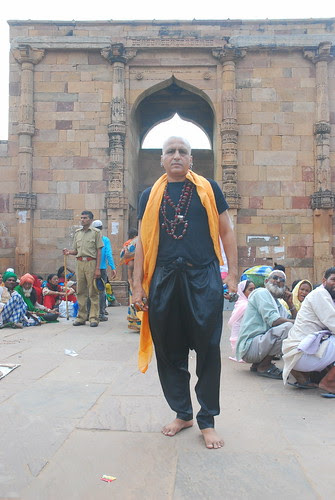 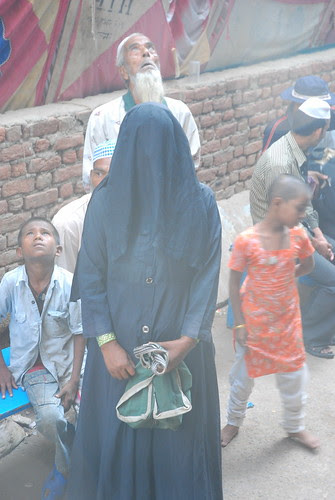 from the sorrow of her broken home
with battered wings held in captivity
singed by a candle flame
borrowed hopes
without a rail ticket
to Ajmer she came
begging from the hijras
at Moti Katla
the Muslim beggar
womans shame
earnestly invoking
his Holy Name
a pawn of ill doomed
fate she became
a lost marriage , four children
a drunken husband who is lame
the torrential storms of calamity
she helplessly could not tame
life could have been worse
but He takes care of her
a victim of a man made cruel game
Muslim macho male dominated
society another innocent claims
her world before before she was born
was already gutted inflamed
in the name of sanctimonious dogma
its womanhood we defame
the Muslim man goes Scott free
its the Muslim woman we frame 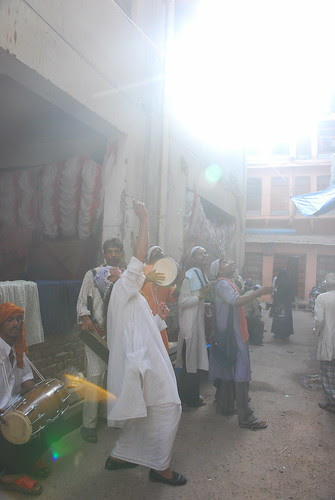 These are nomadic singers are performers , they sing praise of the Holy Saint Khwajah Moinuddin Chishty al Sabri, they are melodramatic and it is their emotional theatrics I shot..

These minstrels mostly hang around Moti Katla where most of the rich and affluent Hijras and transgender reside during the annual celebrations of the Holy Saint called Urus.
The hijras love music and pay generously,.

Another group of professionals that make good money of the Hijras are the good looking, muscular cute raw masseur boys.
They are in great demand out here more about them later ..I have about 2500 pictures to post..

I am relieved I dont have to answer comments..a task which took most of my time..