in search of water 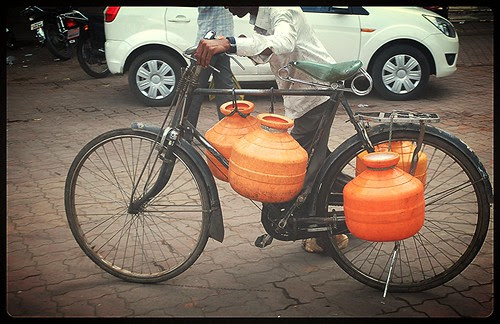 in search of water, a photo by firoze shakir photographerno1 on Flickr.

as the throat
gets parched
thirsty..mother
earth feverish
her body gets
hotter and hotter
from within her
embroiled pain
she calls forth
her daughter
gange..thus
dreams
the potter
into the throes
of the mountains
cutting a path
he bought her

The Pain Of The Marathi Manoos 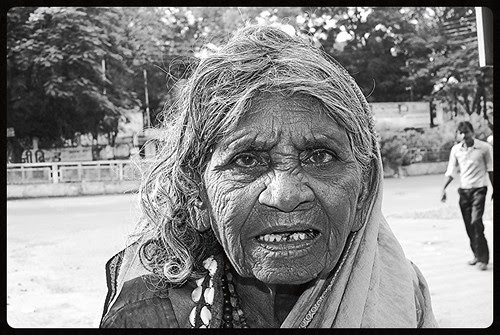 The Pain Of The Marathi Manoos, a photo by firoze shakir photographerno1 on Flickr.

by her own people used and abused pain inter fused..
uneducated untouchable illiterate lowest of the low
held in the deathly clasp of her cosmic destiny
a path she must choose ,,beg to survive from
one day to another ..time watches her amused
goddess mahalaxmi her patron her guardian
protects her ..from further harm in gratitude

If wishes were horses, beggars would ride 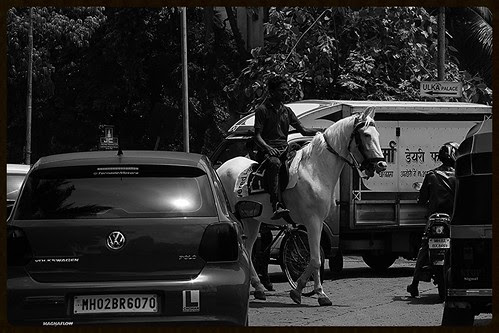 If wishes were horses, beggars would ride, a photo by firoze shakir photographerno1 on Flickr.

"If wishes were horses, beggars would ride" is an English language proverb and nursery rhyme, originating in the 16th century, which is usually used to suggest that it is useless to wish and that better results will be achieved through action. It has a Roud Folk Song Index number of 20004.

Common modern versions include:
If wishes were horses
Beggars would ride:
If turnips were bayonets
I would wear one by my side.[1]
Origin[edit]

The first recognisable ancestor of the rhyme was recorded in William Camden's (1551–1623) Remaines of a Greater Worke, Concerning Britaine, printed in 1605, which contained the lines: "If wishes were thrushes beggers would eat birds".[2] The reference to horses was first in James Carmichael[disambiguation needed]'s Proverbs in Scots printed in 1628, which included the lines: "And if wishes were horses, pure [poor] men wald ride".[2] The first mention of beggars is in John Ray's Collection of English Proverbs in 1670, in the form "If wishes would bide, beggers would ride".[2] The first versions with close to the modern wording was in James Kelly's Scottish Proverbs, Collected and Arranged in 1721, with the wording "If wishes were horses, beggars would ride".[2] The modern rhyme above was probably the combination of two of many versions and was collected by James Orchard Halliwell in the 1840s.[1] The last line was sometimes used to stop children from questioning and get to work: "If if's and and's were pots and pans, there'd surely be dishes to do."
In popular culture[edit]

The phrase is misquoted in the 2002 television series Firefly in the series finale episode "Objects in Space" in which Adam Baldwin's character Jayne Cobb gets upset and says "Yeah and if wishes were horses, we'd all be eating steak."
Star Trek Deep Space Nine Season 1, Episode 16 was called, If Wishes Were Horses.
In the episode entitled Things Fall Apart Season Six, Episode 21 of the television series The West Wing, Josh Lyman makes a reference to the poem while in conversation with a female campaign staffer who tells him that if media circumstances were different, their candidate, Matthew Santos, would have already locked up the Democratic party's nomination for president. Josh responds by saying, "If wishes...horses...etc." She erroneously attributes the quote to Bob Dylan by asking Josh "What is that from some Dylan song? Guys your age have this thing about Dylan."[3]
The phrase is used by the character Spike in the television series Angel. In addition, in the series finale, when another character wishes "to do more violence", Spike replies that "wishes are horses today".
The phrase was used by the Austrian musician Falco at the beginning of his 1999 single "Push! Push!".
The pop music group Spin Doctors quoted the phrase in their 1995 song "If Wishes Were Horses"
This phrase is also being used by Patrick Jane in the tv-serie The Mentalist. "I don't suppose you wanted to kill him, but uh, if wishes were horses, and all that...", is what he said to a man who was being arrested for murder.
Danny Avila's song Breaking Your Fall starts out with the phrase.
The phrase makes up part of the chorus on Larry and His Flask's song, "Beggars Will Ride", from their 2011 album, All That We Know. 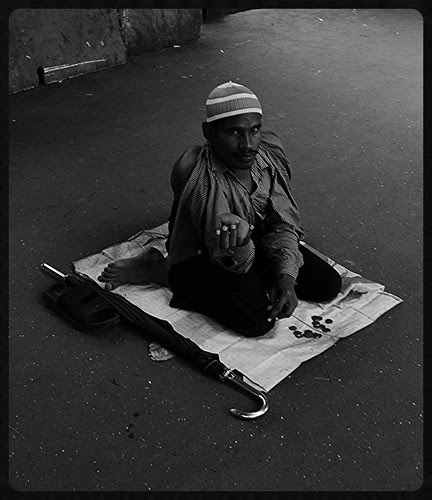 so the clink of a coin
on the soul of the
beggar bowl ...pain
seeping through a
hole ..lifeless
humanity out of
control.. to be or
not to be in this
god given man
made hell hole
this mans soul
his poetry of
life i stole 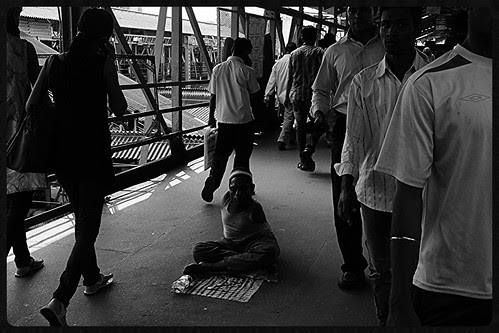 sourced from the net 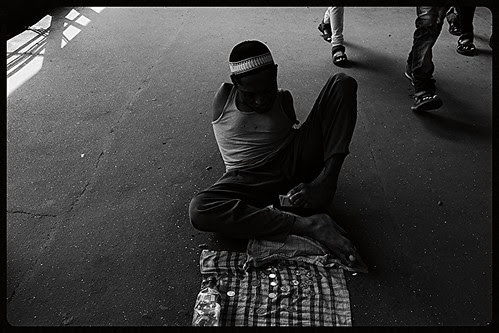 i gave him 100 bucks, a photo by firoze shakir photographerno1 on Flickr.

he held the money
with his toe wished
me good luck..
he said life sucks
waiting to get
away from here
this listless world
on a platform of
pain i am stuck..
people pity me
those deathly
nights killing
bedbugs ,, with
my feet ..running
a muck..to
my fucked fate
i was just a
sitting duck

only beggars know what beggars feel 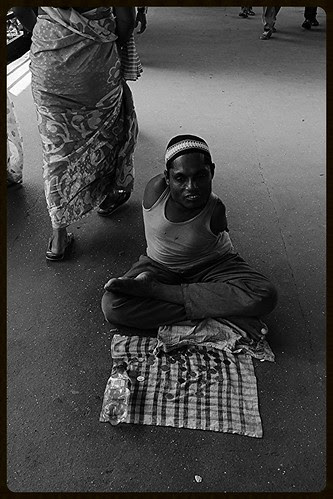 only beggars know what beggars feel, a photo by firoze shakir photographerno1 on Flickr.

behind this
beggar surely
lies the fleeting
soul of his mother
a thought reveals
a few coins for
the next meal
as a photographer
his soul his pain
to share with others
i did steal...a single
frame a moving reel
hand less caught
in the spokes of
the cosmic wheel

in bandra
the authorities
that be are
bent on
hurting
the sense
sensibility
of the christian
community
once again
demanding
threatening
hope humanity
they who cant
remove hawkers
from the street
illegally selling
their wares want
to remove crosses
age old relics of proven
ancestry...mind
games played by
a biased municipality
over and over again
repeatedly ,, breaking
walls to widen bandra
hill road ..st josephs
convent on the widened
road now has shops
ironically ,,making
big bucks unofficially
jesus bleeds his
children bleed
continuously ...
please use the right
to reject button to
teach a lesson to
those who rule
arbitrarily ..
inhumanly ,,
as a muslim
educated in
a convent
school , children
grandchildren
product of bandra
it hurts me too
undoubtedly


For what shall it profit a man, if he gain the whole world, and suffer the loss of his soul? Jesus Christ 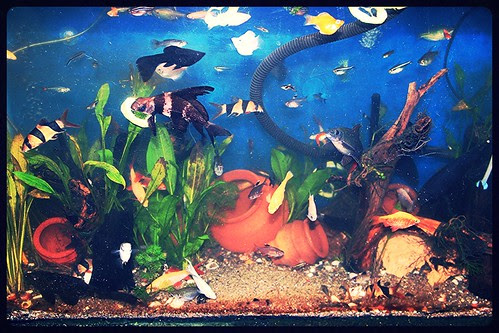 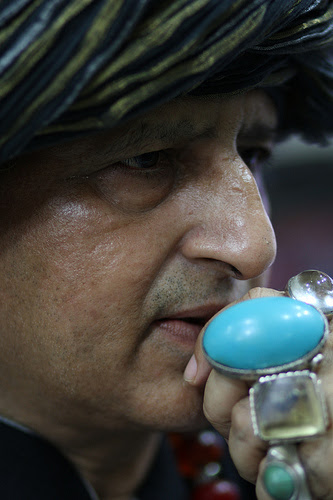 The Dreamer..., a photo by firoze shakir photographerno1 on Flickr.

I have a very large 35 year old collection of books on poetry literature and photography.. that wife wants me to get rid off.. I dont know in what condition they are , most of the books I paid a bomb , collectors items etc..

Than I have over 500 negs slides that wife wants out of her life.. this was my earliest tryst with photography .. a lot of salon prints all old memories ..

I told her I will sell the stuff through OLX and give the money to children of prostitutes at Peela House Red Light area through my contacts there..

There is much to be done and time is to short ,, I passed the red light area while going to CP Tank but was too weak to get off and meet the few commercial workers hijras I know.. 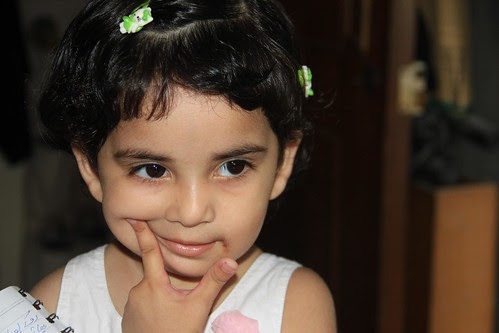 Nerjis is a clairvoyant ,,,she kept telling Dada a bird is dead , I refused to believe her ,,,and the birds cage is high up in the balcony and while cleaning there was a bird dead in the nesting box I removed ..

Than again after some days she said Dada a bird is dead .. I took her seriously ,,,but found a dead bird in the cage the following morning ,,

However I have stopped taking her out completely because of dengue and viral fever in the air , I am recovering just come back from various tests including my diabetes ..

My third grand child Zinnia is in in Hyderabad with her parents on a holiday and work is going on at home...the bugs have not shown up last night ..