The term "Latin Mass" is frequently used to denote the Tridentine Mass, that is, the Roman-Rite liturgy of the Mass celebrated in Latin and in accordance with the successive editions of the Roman Missal published between 1570 and 1962.

In most countries, the Tridentine Mass was celebrated only in Latin. However, in Dalmatia and parts of Istria in Croatia, the liturgy was celebrated in Church Slavonic, and authorisation for use of this language was extended to some other Slavic regions between 1886 and 1935.[1][2] There "Tridentine Mass" was not synonymous with "Latin Mass".

A further distancing between the concepts of "Tridentine Mass" and "Latin Mass" was brought about by the 1964 Instruction on implementing the Constitution on Sacred Liturgy of the Second Vatican Council, which laid down that "normally the epistle and gospel from the Mass of the day shall be read in the vernacular". Episcopal conferences were to decide, with the consent of the Holy See, what other parts, if any, of the Mass were to be celebrated in the vernacular.[3] Permissions were thus granted from 1967 onwards to celebrate most of the Tridentine Mass in vernacular languages, including the Canon.

Present Roman-Rite Mass in Latin[edit]
Neither the Second Vatican Council nor the subsequent revision of the Roman Missal abolished Latin as the liturgical language of the Roman Rite: the official text of the Roman Missal, on which translations into vernacular languages are to be based, continues to be in Latin, and Latin can still be used in the celebration.[4] The term "Latin Mass" is sometimes applied to such celebrations, which in some places are part of the normal Sunday schedule.

Other forms of Mass in Latin[edit]
Historically speaking, "Latin Mass" can be applied also to the various forms of Pre-Tridentine Mass from about the year 190 of Pope Victor, when the Church in Rome changed from Greek to Latin.[5]

Latin liturgical rites other than the Roman Rite have used Latin, and in some cases continue to do so. These include the Ambrosian Rite and the Mozarabic Rite. Some priests and communities continue to use non-Roman-Rite liturgies that have been generally abandoned, such as the Carmelite Rite and the Dominican Rite, celebrating them in Latin. Celebration in Latin of such rites is sometimes referred to as "Latin Mass".[6]

Other uses[edit]
A Traditionalist Catholic periodical in the United States is entitled The Latin Mass, the Journal of Catholic Culture and Tradition.

Various editions of the Anglican Book of Common Prayer have been translated into Latin: for example, for use in the Universities of Oxford and Cambridge (Liber Precum Publicarum of Walther Haddon, 1560). The Church of the Advent of Christ the King, an Anglo-Catholic parish in San Francisco, regularly celebrates Mass according to the 1979 Prayer Book of its province, the Episcopal Church, in Latin.
By Firoze Shakir Photographer No1 - August 26, 2016

The Pathos of a Photographer 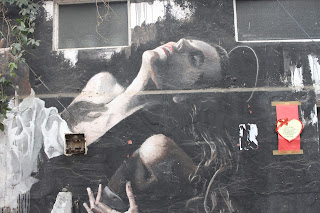 I am deleting all my old archives as I dont have space ..nor do I have extra hard drives ,, I have no regrets ,,as I have to make space on my drives for my videos ,,
As at the moment I am working on the images on my DVDs ,,they will soon be corrupted and I have over 10 boxes ,, so I am taking the ones I like and making it into slide shows and posting them as videos ,,
For me You Tube has a greater outreach than Facebook Flickr combined ,,I am prolifically posting videos of my street angst too
But yes all my stuff is original content ,,and I am not much into subscribers like others ,, and in just one year I have garnered
1,920 subscribers 2,046,997 views and what I cannot show publically at Flickr I am able to do it on You Tube ,,my Naga Sadhu frontal nudity sets.. I also have the largest collection of my documentation on the Hijras of India .
If I shoot stills I shoot videos and than add them together using Windows Movie Maker ,, I dont have the time I am aging rapidly nor the money to learn professional video editing..
But I have footage of an India not seen in travel brochures and I have not seen Indiia ,, my India is Mumbai ,,or the cities I visit during Kumbh Moharam Ajmer Urus or the last Khamkhya trip.
I have copied words from my friend Benn Bell s post
“But how could you live and have no story to tell?”
― Fyodor Dostoyevsky, White Nights
By Firoze Shakir Photographer No1 - August 26, 2016

Hijras At Ajmer Exotic and Rare