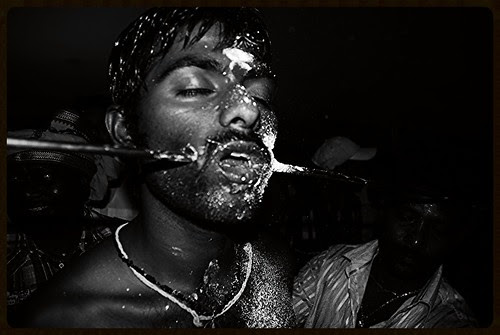 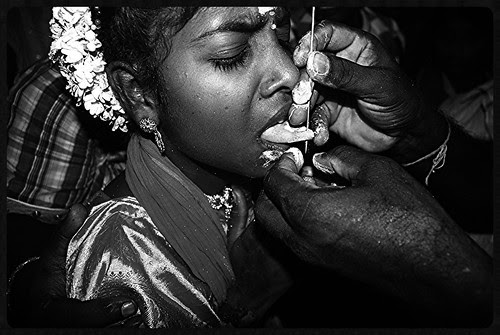 A Message From Mrs Elham Farah 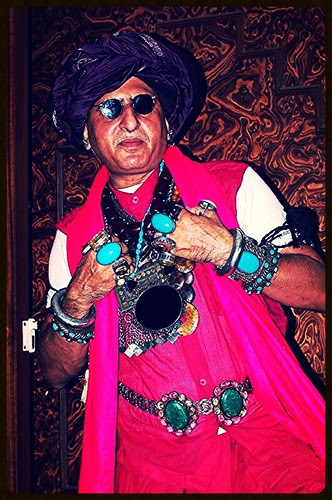 A Message From Mrs Elham Farah, a photo by firoze shakir photographerno1 on Flickr.

I am glad to know you, but Allah knows you better and he knows why he has directed me to you at this point in time so do not be afraid. I saw your e-mail contact at Chamber of commerce and foreign trade departments. I am writing this mail to you with heavy sorrow in my heart, My Name is Mrs. Elham Farah. And I am contacting you from Burkina Faso I want to tell you this because I don't have any other option than to tell you as I was touched to open up to you, I am married to Mr. Toyo Farah who worked with Tunisia embassy here in Burkina Faso for nine (9) years before he died in the year 2005.We were married for eleven years without a child. He died after a brief illness that lasted for only five days.

Since his death I decided not to remarry, When my late husband was alive he deposited the sum of US$ 8.2m(Eight million two hundred thousand dollars)in a bank in Ouagadougou the capital city of Burkina Faso in west Africa Presently this money is still in that bank. He made this money available for exportation of Gold from Burkina Faso mining. Recently, My Doctor told me that I would not last for the period of due to cancer problem.

Whoever that wants to serve Allah must serve him in spirit and Truth because Allah is the Most High, Please always be prayerful all through your life. The one that disturbs me most is my cancer sickness. Having known my condition I decided to hand you over this money to take care of the less-privileged people, you will utilize this money the way I am going to instruct here in. I want you to take 40% Percent of the total money for your personal use While the rest 60% of the money will go to charity" people in the street and helping the orphanage.

I don't have any child that will inherit this money and my husband relatives are not good not even good at all because they are the one that responsible for the death of my late husband in other to have all my late husband properties and I don't want my husband's efforts to be used by those that conspired for his death. I grew up as an Orphan and I don't have anybody as my family member, just to Endeavour that the name of Allah is maintained... Am doing this so that Allah will forgive my sins and accept my soul because this sickness has suffered me so much.

As soon as I receive your reply I shall give you the contact of the bank in Burkina Faso and I will send authorized letter that will prove you as the present beneficiary of the money in the bank that is if you assure me that you will act accordingly as I Stated here in and will not betray me once you confirm this fund in your account because i only want my late husband's wish to be accomplished. you can contact me through my private email: elhamfarah00@yahoo.com Hoping to receive your reply.

Thank you
kind considerate
Mrs Elham Farah
Salutations Salaams
Dua..your words of
humanity i value
That you thought
of me is very sweet of
you..your money will
be put to good use
for the poor downtrodden
homeless a thought
overdue .. for those
without hope a pact
of peace brotherhood
renewed ..i hope this
attitude of charity
you continue ,,more
than any sickness
the cancerous corruption
in society is a major issue
infecting the soul of mankind
blood sweat tissue ..selfish
morality ..from the soul
of man one has to rescue
sculpting a new icon as
a worthy statue of your
late husband toyo farah
in Ouagadougou ..for his
endeavor his love for you

Using The Cosmic Camera Of The Mind 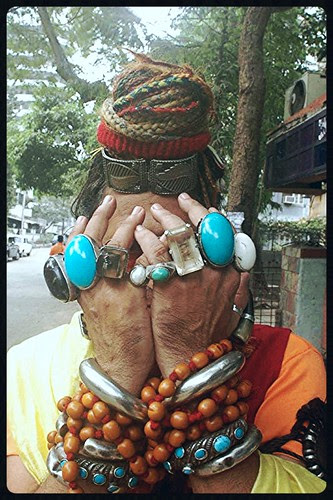 Using The Cosmic Camera Of The Mind, a photo by firoze shakir photographerno1 on Flickr.

for single
fraction of
a second
going blind
shooting
the silhouettes
the shadow play
of mankind ..
the rise the fall
of man divine
pain pathos
entwined
what you
seek out
you never
find ,,a moment
lost in the flow
of poetry unwinds 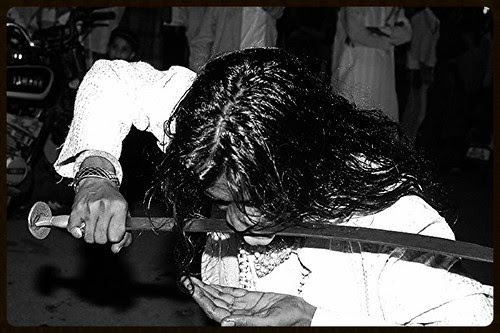 The Rifai Silsila ,, a photo by firoze shakir photographerno1 on Flickr.
By Firoze Shakir Photographer No1 - March 08, 2014 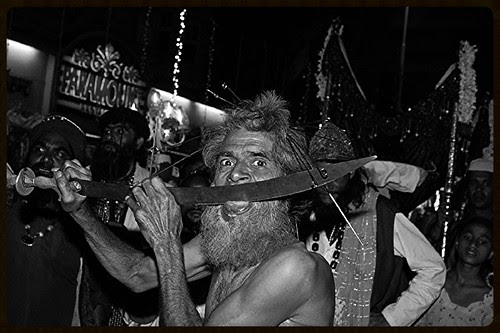 The Rafaee Sufi Order ..Or Rifai Silsila, a photo by firoze shakir photographerno1 on Flickr.

Shaikh Ahmed er-Rifai was born in Hasen Region of Wasit, Iraq on a Thursday. This day was in the first half of Recep of lunar months. When he was seven years old, his father Seyyid Sultan Ali died in Baghdad. After that his uncle Seyyid Mansur er-Rabbani el-Betaihi took under his protection and educated him.
Silsila[edit] 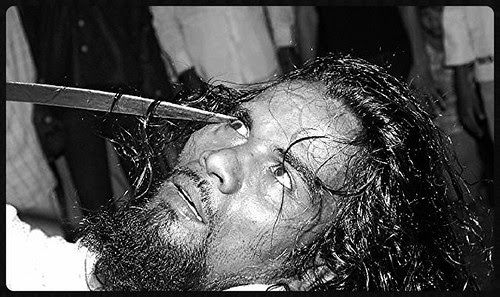 The Rafaees .., a photo by firoze shakir photographerno1 on Flickr.
By Firoze Shakir Photographer No1 - March 08, 2014

A Message From Mr.Jason Christian 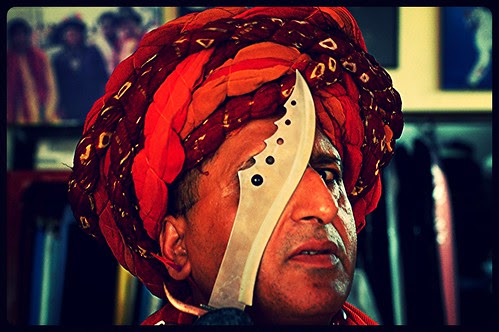 A Message From Mr.Jason Christian, a photo by firoze shakir photographerno1 on Flickr.


My name is Mr.Jason Christian, the Director International Remittance Dept. Of UBS AG Switzerland. I have been privileged to see your file several times in this department but transfer has been hampered due to irregularities in the release documentations.


I have envisages that it will be easier for am elephant to pass through the eyes of a needle that your funds to be transferred out of this country. And having considered the fact that you must have spent quite a fortune to no avail, I decided to take the bull by the horn.

WHAT AM I SAYING?

On the 24th Feb. 2014, I advised the telex programmer of this bank (UBS) to effect the transfer of your funds out of our bank to our international Bank of Settlement, Bank of Baroda New York (USA). It is our considered opinion that your fund is safer out of Switzerland to a country and bank of international repute. In the telex Advise forwarded along with the remittance, we advised the Bank of Baroda, that they would identify you when you contact them by quoting the Telex Remittance Number "CBN485ZNG"

The officer to contact in The Bank of Baroda is Mr. D. P. Trivedi, (Chief Executive Officer Bank of Baroda) on the below information:

Please quote the Telex Remittance Number "CBN485ZNG" to enable easy sorting. I would also want you to contact me on my private email above or call me on my Swiss Tel +414 350 81037. When we discuss, I will indicate to you my terms for helping.


Thanks For Helping Us Serve You Better

Thank you kind
considerate Jason
your message adds
hope where there was
none..a beggar poet
who had decided to
kill himself than run..
with your financial
aid gods will be done
the flesh was chilling
the spirit burns waiting
for good days to return
once again a smile on
the face of this urban
brown injun ,,,i will
certainly contact
mr dp trivedi of
bank of baroda
a fine gentleman
pride of new york
hearts he has won
because i too am
of his ethnicity my
impassioned plea
he wont spurn
he always treated
me like his prodigal
son...thanks for
this message
jason christian
best wishes
god speed
have fun
love to your
missus
thanks a ton