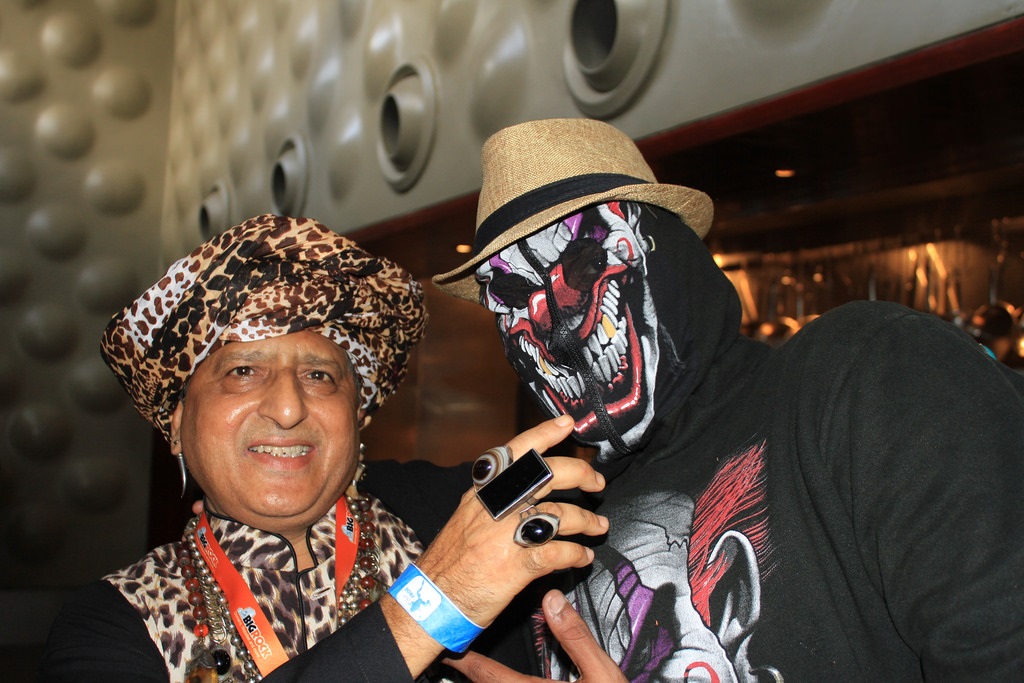 Word Up Set Flickr
By Firoze Shakir Photographer No1 - September 21, 2014 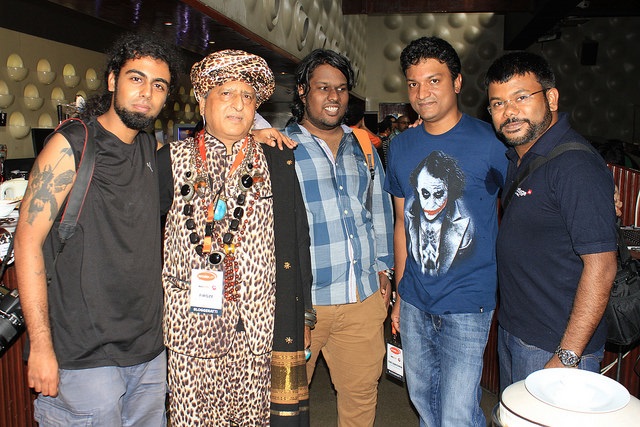 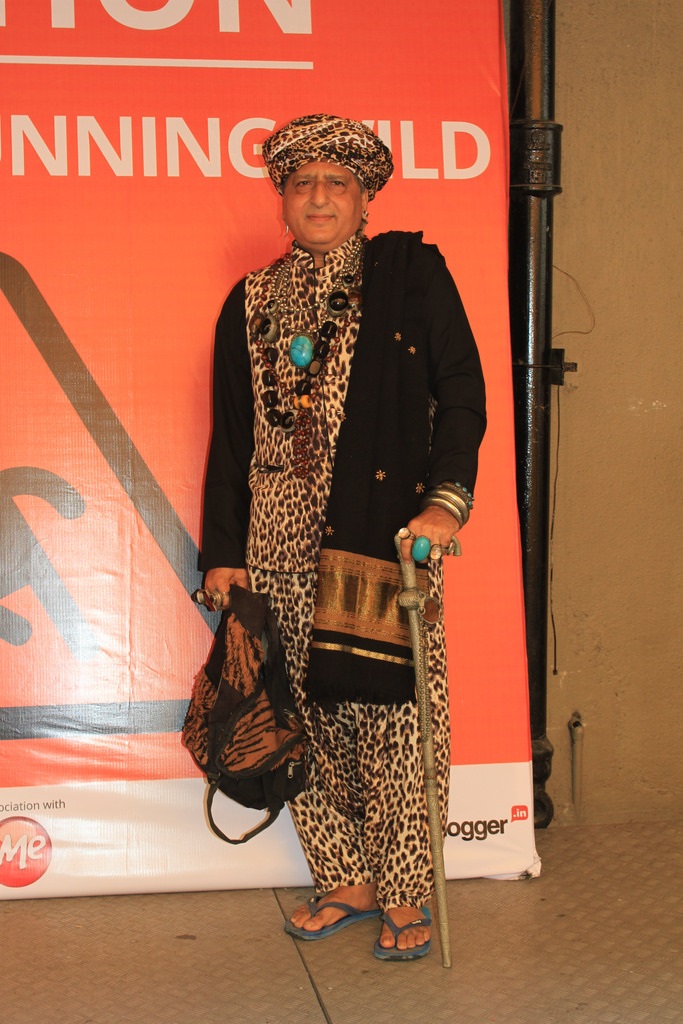 Than I joined Blogspot again as Photographer No1 ..

Than Fotothing and Xanga and Webshots .

Had a problem when my Buzznet site got hacked .. deleted my Buzznet accounts .. I was helped here by Tom Andrews .

I started Word Press both platforms than my Shia site Wordpress got hacked I gave up Wordpress for good ,, wont ever touch it with a bargepole ,,,


I joined Flickr as Firoze Shakir Photographer No1 in June 200 thanks to my friend Deepak Amembal Magic eye and my son Asif Shakir who gifted me a Pro Account ,,

I have a few blogs on Blogspot

I have an active Tumblr Blog

Thats me in a nutshell for new readers and viewers ..

I USE FLICKR AS MY BLOG PLATFORM .. I AM A PHOTOBLOGGER ,, MAN WHO USES HIS CAMERA TO POETICIZE HIS RESTLESS ANGST.. 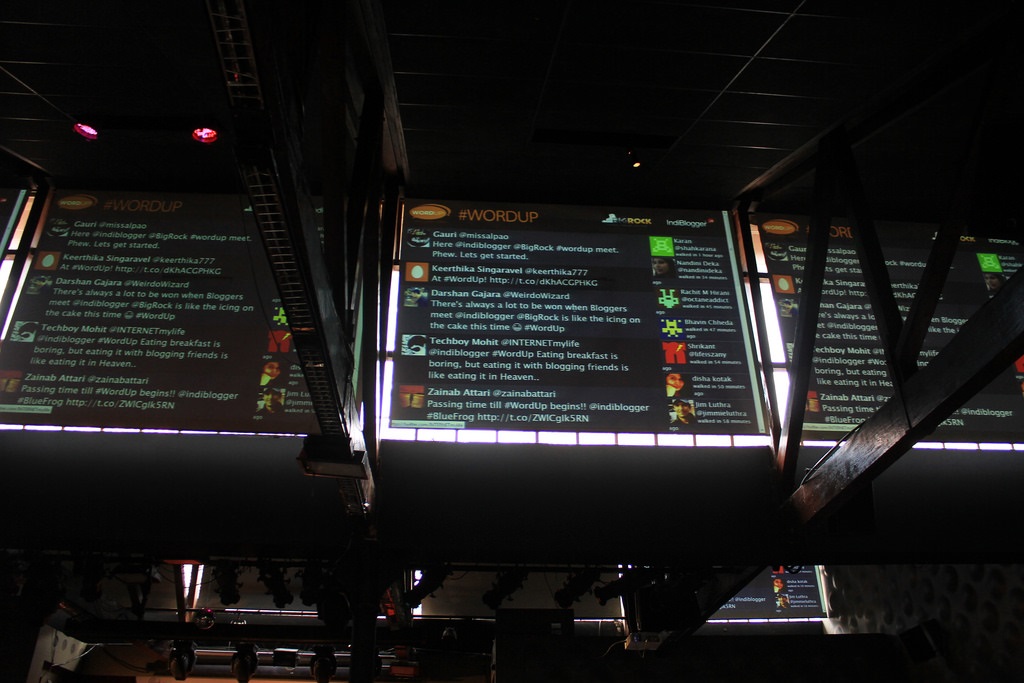 I was very tired when I returned from the Indiblogger meet , my wife had already left for Lucknow by the 3.15 pm train,, my phone was on silent I did not say goodbye to her I was all Blogs .

I bought Roshan Sorcerer home from the Meet we chatted a bit than I got busy feeding Marziyas Flowerhorns and Blackghosts .. and than her Java Finches .

Showered had some snacks I was full of Bluefrog delicacies and the most filling lunch.

Later I uploaded the mobile phone pics ..and after a few hours  the camera phone pics that I placed for uploading and crashed , I am up now ..

I have documented most of the Mumbai Indimeets passionately ,,as I owe a lot to Renie Ranvin Father of Blogs ,, he has been a great friend inspiration , and almost family to say the least he and his Indiblogger Hit Team.

This entire set is dedicated to him his core team and all at Indiblogger but hey wait this set is also dedicated to Magic Eye my Blogger Bidu , the guy who pushed me towards Flickr from Fotothing , we have been Internet friends since 2004 - 2005 ..

Magic Eye Deepak Ambebal is on a 70 day trip to discover his world along with another dear dear friend Aaditya Raj Kapoor ..the only humble down to earth Kapoor after Mr Rishi Kapoor .

I hav been very close to the Kapoor family since the time Mr Raj Kapoor Sab use to feed his pet chickens at his DeonarBunglow .I use to style stuff for Chimpu Kapoor ,,, a great big bear hugging Kapoor .

I digress an inherent flaw in my blog that waver between photoblogging and storytelling.

This was the first interesting Indi Meet thanks to Renie and a bigger thanks to Big Rock.. they made water into wine into blogs ,the Big Rock team fro top to bottom was hospitable humble accommodating and condescending ,,in a way they made it happen.. all the best to all of them.

The Bluefrog catering under Firoze was just out of the world I shot his gracious staff too.. the Blue Frog bouncers were fish out of water they could not find anyone heavily drunk on tea to throw out for not asking questions ,, even when Sherry the best speaker of the lot ,, stole our hearts and  attention..though she did cutely mention her fiance that put the Romeos of Indiblogger back to Sleep.

I am kidding but all the speakers hit the Bulls Eye  and even Mr Vinit Goenka of BJP..Though we are still waiting for Acche Din in Blogging too ,, so fasten your seat belts I used my Canon  D after a very long time ,, it was once used passionately by my 4 year old grand daughter Marziya Shakir ,, now  7 and the youngest street photographer in my family , the very youngest is Nerjis Asif Shakir 3 year old ,, both are Indibloggers , have Twitter handles and Flickr accounts and their Godfather Guru of Photography is Dr Glenn Losack from Manhattan New York ,, my last but not the least  2 year old grand daughter Zinnia Fatima uses the Canon 60 D better than she uses her Dads Motorola G for taking pictures .

For Fuck Sake please dont ask me what is Blogging ,, What is Blog ,,

I learnt all that from Mr Brandon Stone and the one and only one Mr Biz Stone ,,

I am learning photography online from Mr Thomas Hawk ,,,my inspirational Flickr Photographer Top of the Pops ,,,

So Good Morning out there ,,thats the Java finches that blog with sounds in our house ,,

Aditya Iyer The Nameless One future gamer filmmaker deserves an honorary mention,, and Nimmi housemaker blogger seated at my table her first Indi Meet was great company too. 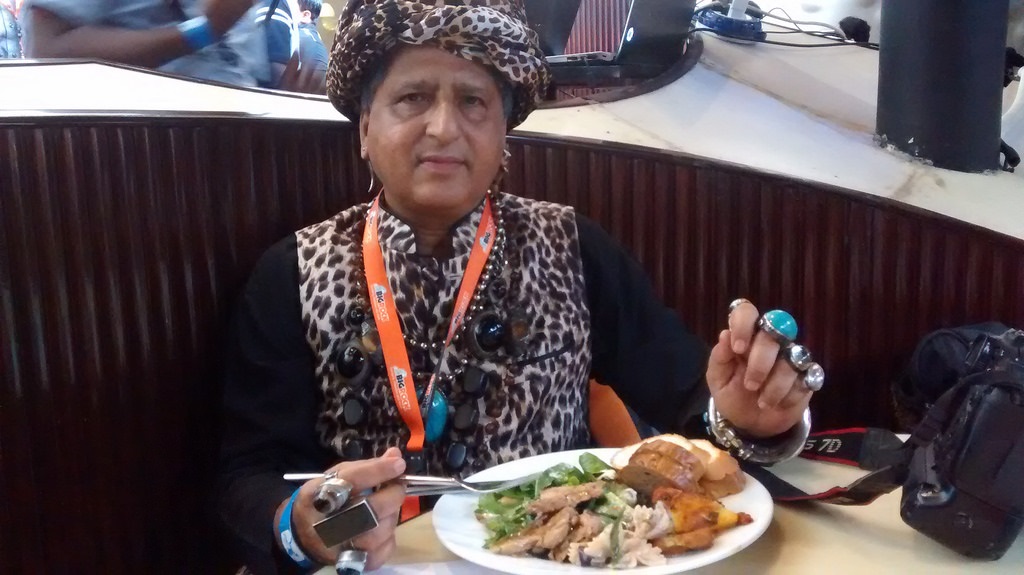 This was one of the best Indi Meets thank you Renie Ranvin instead of the BJP speaker you and Big Rock should have had a speaker on Photoblogging .. I surely missed this . why this bias for photobloggers  I fail to understand sadly at Indibloggers most bloggers copy paste articles and hardly use their own pictures .. you could have had a speaker from the Indiblogger member somebody passionate about photography and photoblogging ,

Please take this as constructive criticism feedback from the beggar poet of Mumbai ,,,only because of Renie I attended this Meet missing my wife's departure to her parents by the 3.15 Lucknow Train.. but I am sure my sweet wife will forgive me for this aberration.

This was the most enlightening Meet .

Yes I missed my buddy the one and only Magic Eye Deepak Amembal.. having a ball in Leh.. getting laid in the snow I am afraid ..the flesh was willing the spirit needs an upgrade .. 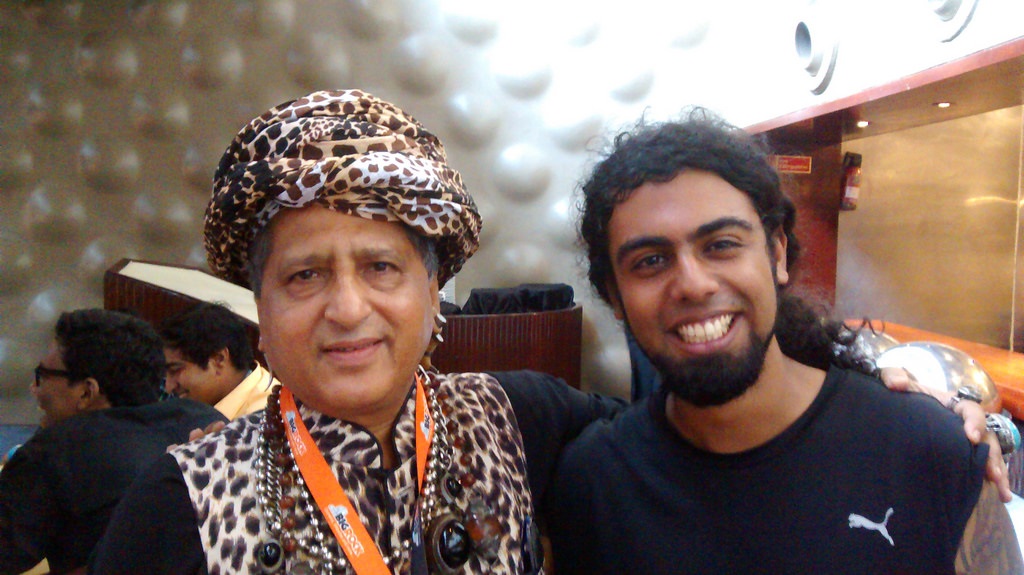 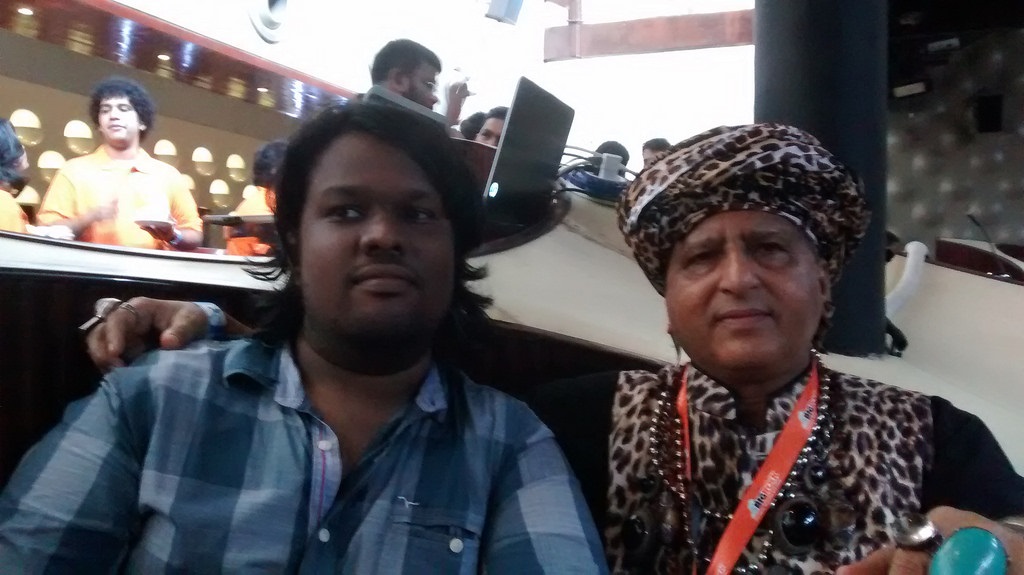 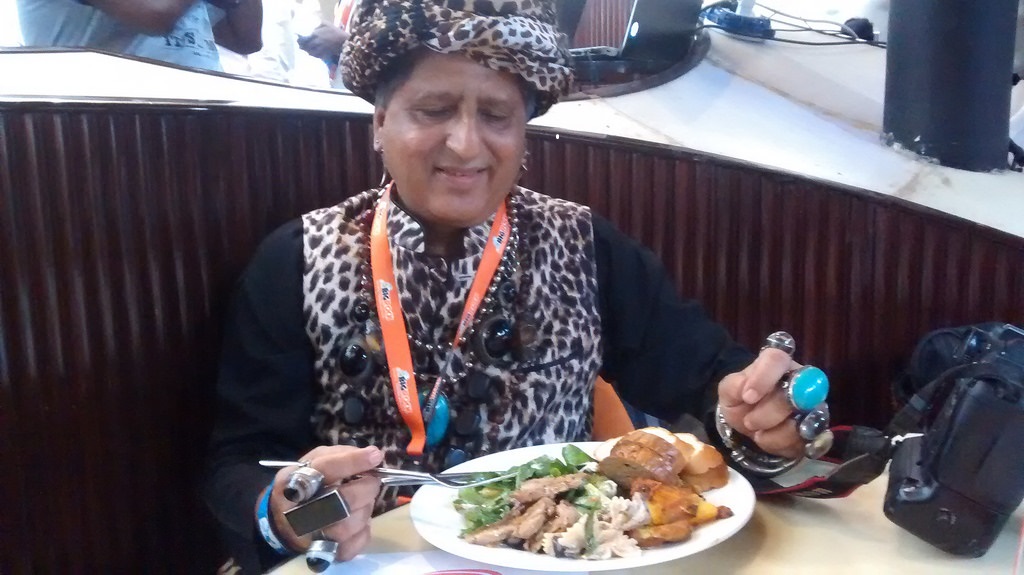 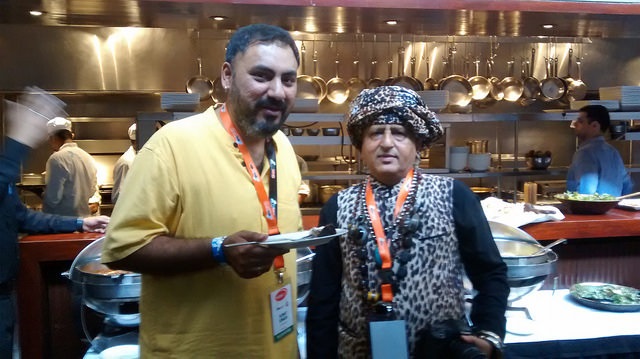