These Two Lovers Were On Strike On Valentines Day 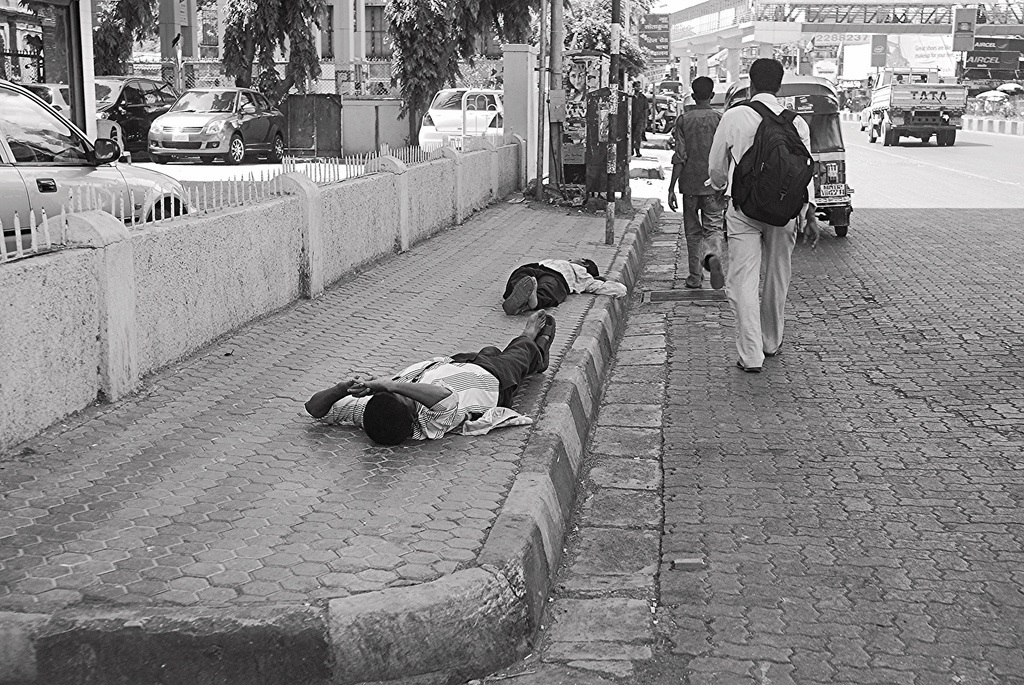 both their girlfriends had run away..
with their best friends to Marve
while both the lovers protested
outside their homes a thought of
pain they wished to convey .
that love is a fucked illusion
falling in love never pays
eyes locked into a dark
future they gaze ..moments
old memories solemnly
they wish to erase ..dreams
that they had chased ,, gifts
to these unfaithful girls with
their hard earned money
they had purchased ..
a love total waste ,,,
hollow words uttered
love lost misplaced
according to reliable
sources the two girls
are still untraced

their phones out of reach..
loves after taste ...time watches
them poker-faced ,,,a love
their best friends replaced
deleted doomed defaced 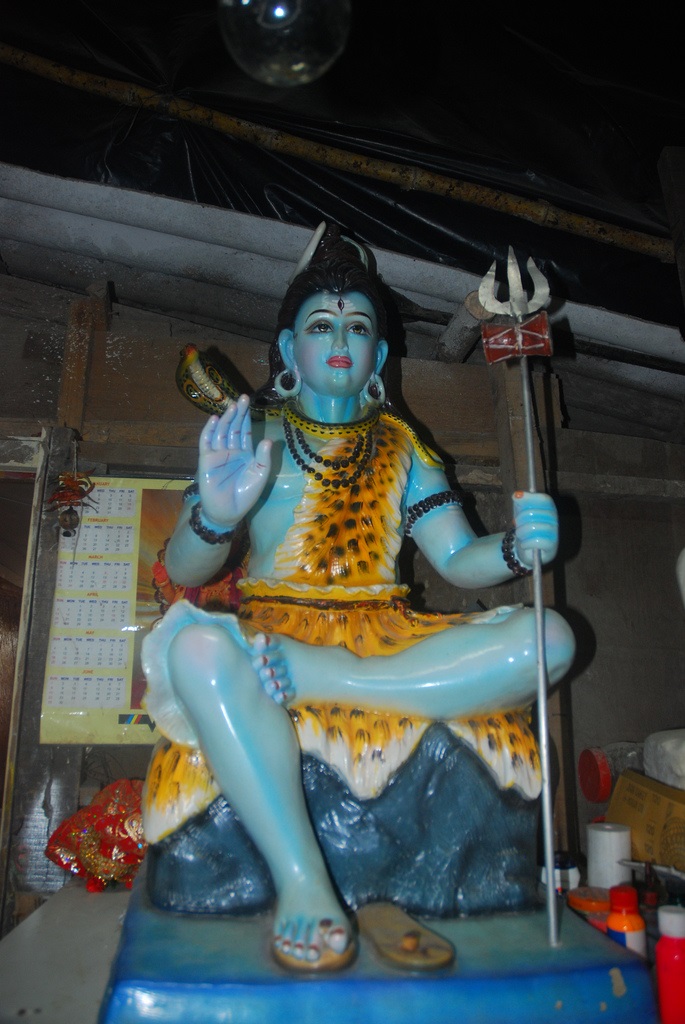 Behind Nakhas a cacophonic noisy street of Lucknow, in one of the sleepy bylanes lies the famous Shia Madarsa, a seminary for grooming Shia lads into Maulanas.
I shot this series a few years back on negatives , now after scanning them I bring them to life on my Flickr photostream in a set called Scanned Memories.

The Shia Madarsa is a fount of learning and no place for hate , here it is Koranic study and nothing else..
The Shia youth come various hick towns of India, and from major metropolitan cities too.

They all make a beeline for my father in law Abbas Qasim Qazilbash's shop, that stocks CD's of matam majlis and nohas.Its called Diamond Cassettes next to Shia Girls Collge..
My brother in law Mohomed Arif assists his father in this business .

The Sleep of the Rag Pickers of Bandra Reclamation 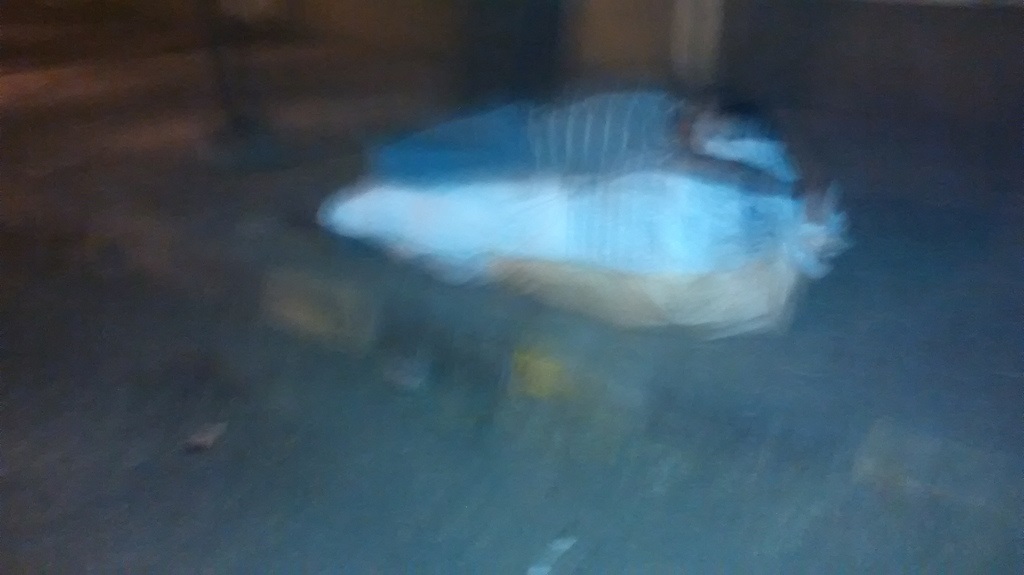 This was shot at 5 .35 am the light is not good and the mobile phone just records a thought without getting caught in the loopholes of good or bad photography .

This morning after I had shot this picture I saw a story in the newspapers with the Minister and Mr Kirit Somiaya and the Kanjur Marg dumping grounds .. and I thought about the ragpicker who mostly are drug addicts , majority of them doing  yeomen service that lazy apathetic Mumbai Municipality does not do even after being paid for it by the taxpayers money.
And did the Minister and Mr Kirit Somaiya talk about rehabilitating the ragpickers of Mumbai , trying to change their life making them more professional ..I hardly think so it was about dumping of garbage in Mr Kirit Somaiyas constituency and not about the miserable life of ragpickers .

And I feel sorry some of us who are amateur photographers , wannabe writers ,have ample time for Facebook Twitter but no time for serious Citizen Journalism.. and big pompous money making blogging platforms talking about blogging but never about Original Content or Citizen Journalism..It saddens me and I too am highlighting areas of darkness in Bandra Reclamation to my local representatives who are more happy with demolishing Mr Sharukh Khans illegal rmpand there is so much illegal in Bandra besides the Muslim slums that is never seen illegal hawkers on Bandra Hill Road illegal parking  illegal shopping ,

Till date since the time late Mr Sunil Dutt used to come to the Bandra Bazar Road talking to the shopkeepers the vendors who have taken away the roads to sell vegetables fruits nothing has been done to get them space or cubicles as was done for the Dalit Cobblers .. and it is the sad faces of the Marathi bais men Marathi Manoos the migrant bhaiyyas selling vegetables and our local representatives who were born here irrespective of their parties have done nothing for them I am not an activist I am not part of any vigilante group but as a Bandraite it hits hard ,I can inundate the net with pictures but does it matter I have a set on Flickr called Bandra Bazar Road a documentary of over 10000 pictures that tells you of the dirtiest filthiest ugliest Municipal market in Mumbai.

Why should our MP from Worli have feelings for people like them she was a parachuted by the BJP..Luckily she did not suffer the fate of Ms Kiran Bedi because honestly the Bandra residents would vote for the Devil to get rid of the Congress ..
I have pictures of the 2009 elections I documented all the political parties and I felt sorry for Mr Mahesh Jethmalani..again parachuted by BJP and he lost miserably to Ms Priya Dutt ,,

We need a cogent effective opposition , constructive citizen journalism.. and doing Dharnas is not reaching out to the public or just being a whistle blower the public needs good governance and not a police that backs bookies and criminals and honestly Mumbai law order sucks and the CPS silence when his cops get caught with the hands in the cookie jar sucks all the more .. so they will ultimately change the CP but never change the corrupt system.

I leave it ..as this blog was about the ragpickers of Bandra Reclamation .. and I digressed because of the pain within me and seeing my part of old Bandra dying rapidly ..

This is a Requiem for Bandra and not Mumbai ,,

Email ThisBlogThis!Share to TwitterShare to FacebookShare to Pinterest
Labels: The Sleep of the Rag Pickers of Bandra Reclamation 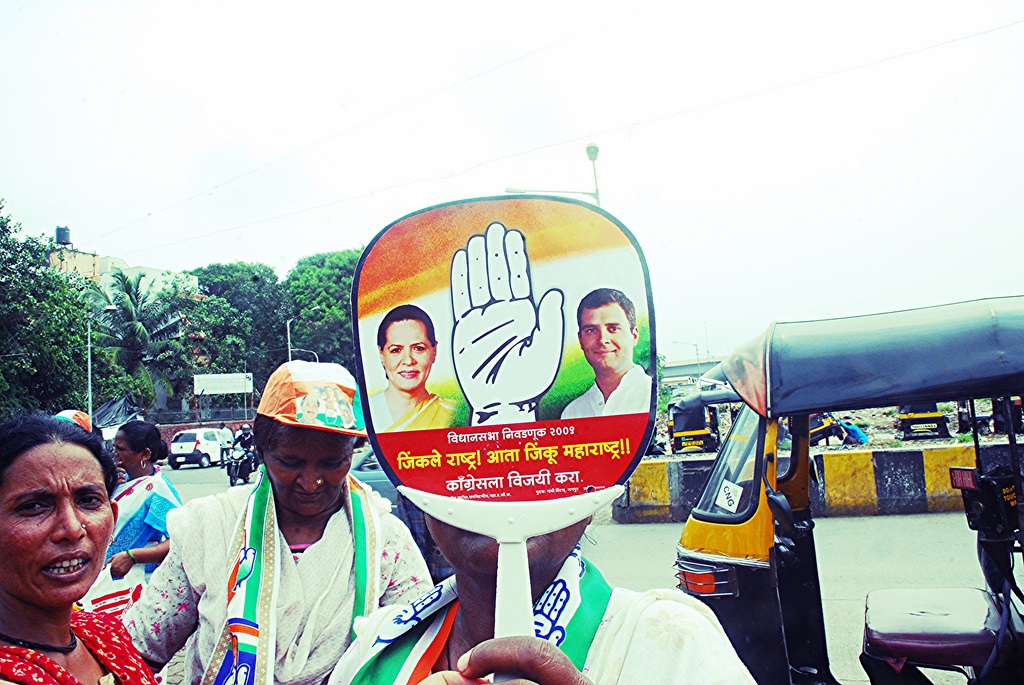 he gave a clarion call
which ultimately came true
congress mukt bharat
congress free india
15 years misrule ..
dividing the muslims
the hindus ..and a
PM who silently saw
it through the 84 riots
93 riots bomb blasts
disasters scam tainted
ministers criminals who
destroyed the soul of
mother india money
misused ..the public
taken for a ride .to
listen to them their
problems they
refused price hike
that affected all of us
me and you ..arrogant
motor mouth congress
spokesmen a motley
crew ..and in delhi
a huge tree fell with
such intensity
decimating lovely
dreams over their
heads the public flew
ak 67 wrote their
final epitaph.. here
rests the remains of
congress a zero ..
factor to imbue
reminding them that
power corrupts
absolute power
corrupts absolutely
how they lost they
still have no clue
arrogant even in
defeat they never
gave the delhi public
its due ..they got
badly screwed 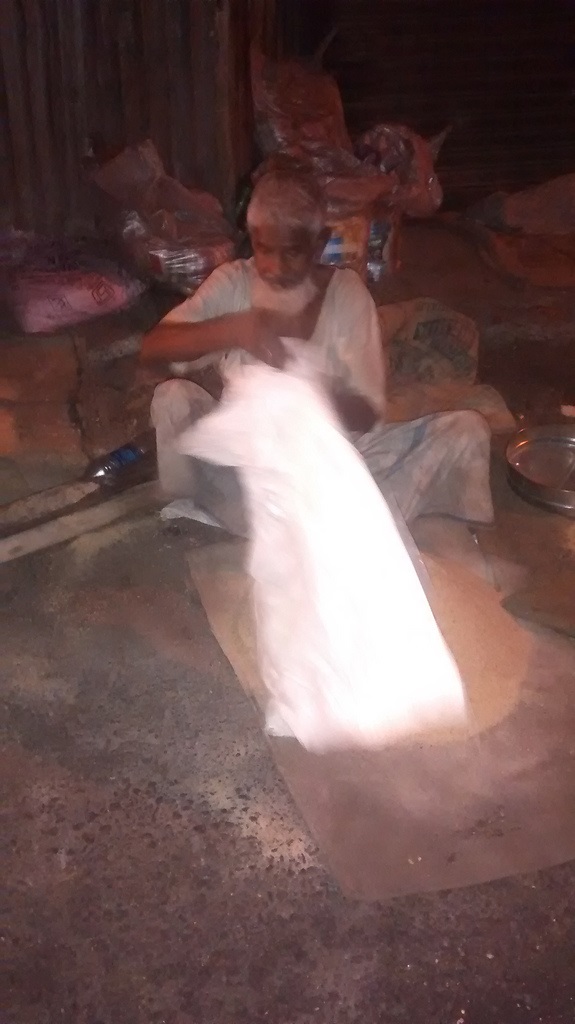 I left my house at 5.29 am for my walk and I saw this old man cleaning flour using a sieve to remove pebbles or dust particles a painful job and I spoke to him , he was cleaning this flour sack from 3.30 am..and it was needed urgently ,, I knew the rest of the story the Slumdog caterers of Bandra usually buy cheap stuff and palm it off in their highly profitable food orders .. even a few well known restaurants in Bandra source their food chapattis tanduri stuff from them .

And the guys who use his services are miserly stingy North Indians all Muslims ,, hardly will you find the Hindu in this line of outdoor catering and everyone of them has prospered here in Bandra , they have bought shops homes one of them has a shop given on rent at Pali Road.

And during the wedding season it is a roaring business , and they are highly competitive as compared to other well to do wedding caterers ..And how did the North Indian caterers make it so big..in such a short while ..The story goes most of these Khansama cooks or chef came to the Bohra caterers to work such as Jeff Caterers , they saw the boom and branched out on their own operating from rental rooms in the Bandra slums..and they bought people from their villages as cheap labor , young boys as old as 8 or 9 made them do the cleaning of the utensils and it was these kids who learnt the art of cooking and later started their own food services too called BC whre they cooked cheap food for the poor working class migrants in the slums , tailors embroiders etc..

The food was cheaper than eating in a restaurant a tiffin for one time lunch was about rs 40 or less .. with meat or fish once a week ,, mostly one vegetable rice and two chapptis and watery gravy,,

The other three peak period besides wedding was Ramzan Iftar stuff and catering for political Iftar party by politicians chamchas for their Muslim slum vote bank.

The Elections where all volunteers get Rs 500 and a packet of biryani and the Muslim women who wear the hijab make the most of it as being unrecognizable they are canvassing for all parties , because of the stricture against kids  they lost out on the extra packets of biryani.

Lastly Shia Moharam here the business soars as the Niyaz for large crowds attending Majlis is made by them.. and this side of Bandra I dont think there are any Shia slumdog caterers , the entire catering business is predominantly in Sunni hands .and they have a great network.. they undercut each other to stay in business .

And so leaving him and his job I walked all the way from my house to end of Bandra Reclamation took a turn from Agasty building at 5.45 and headed to MET Gardens .. I entered the garden for my 10 round walk at 5.58 and at 6 am the Mount Carmel Church bells add to the serenity and at 6.09 the Azan from the neighboring Masjid .
At 6.28 I was out of the garden trying to memorize a poem that stealthily entered my vacuous mind , it is a satire and I kept  adding words lines etc..

My next blog will be the poem called Congress Mukt Bharat.

Bandra Bazar Road has lost its political will 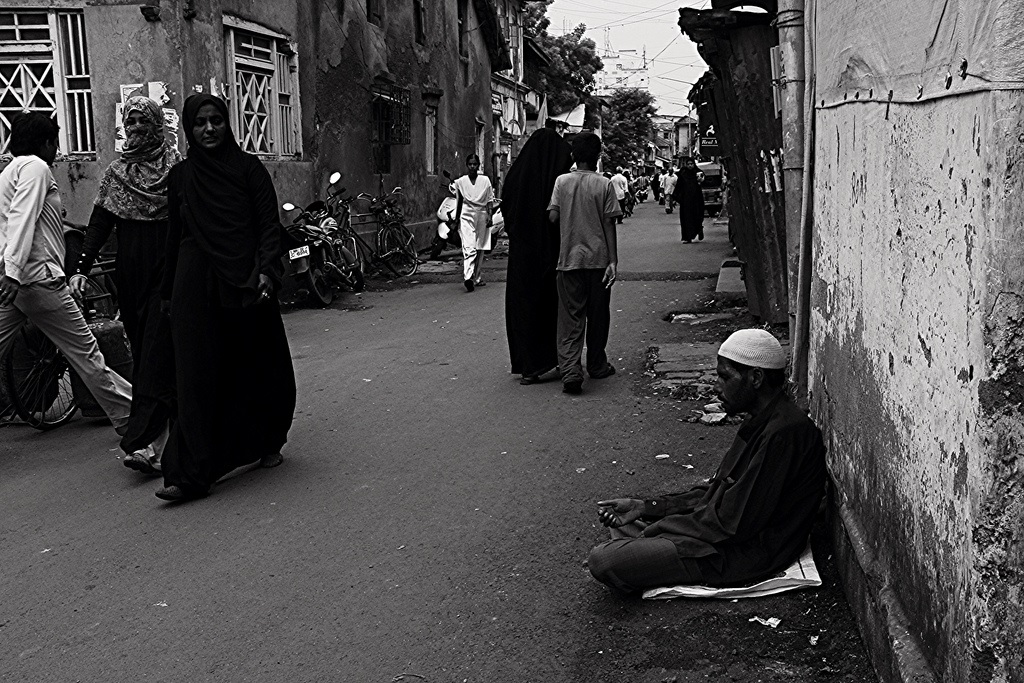 Email ThisBlogThis!Share to TwitterShare to FacebookShare to Pinterest
Labels: Bandra Bazar Road has lost its political will 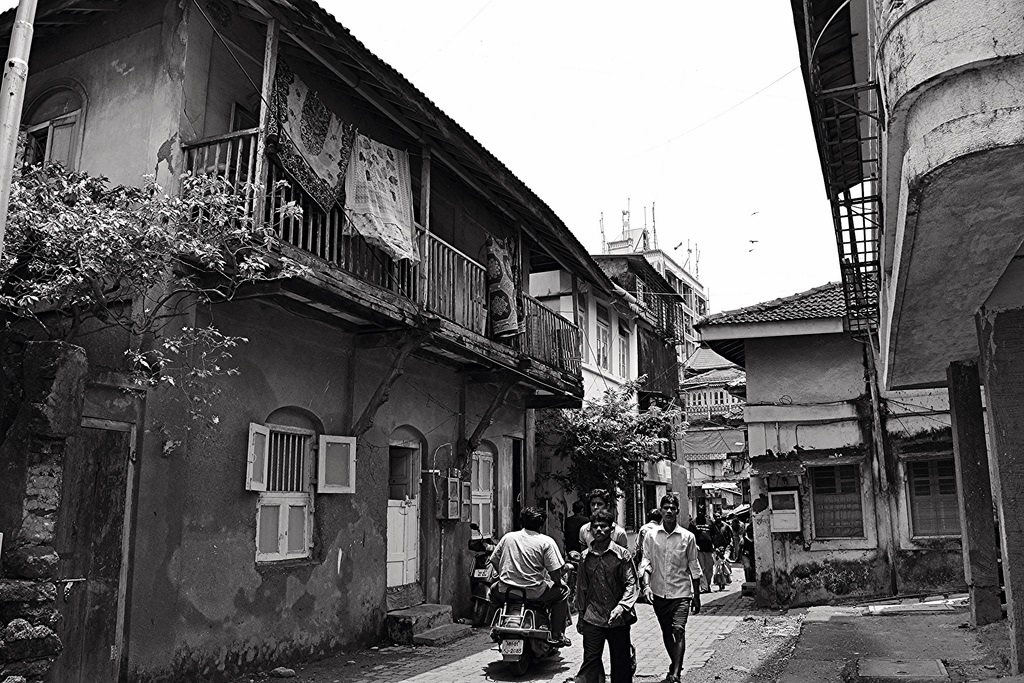 Email ThisBlogThis!Share to TwitterShare to FacebookShare to Pinterest
Labels: This Is Bandra Bazar Road Neglected By Local Representatives And Bandra Municipality

The Beggar Boy Waits His Turn 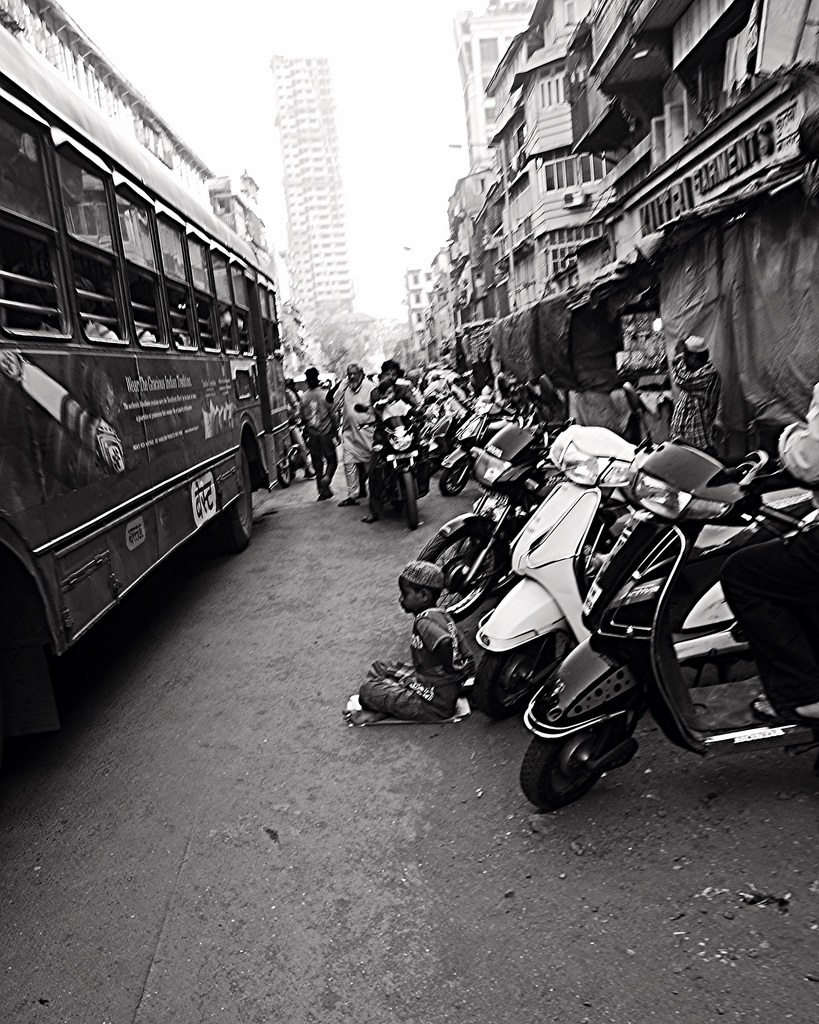 he waits for good days to return
he wonders why he is forced to
beg what bad karmic deed had
he done but being a muslim there
is no karma is what he learnt ,,
muslims too are born untouchables
beggars are not society's concern
muslim laid back society that spends
on sacrificial goats ,,taciturn ..
he will live as a beggar die as a
beggar ..for now his case has been
adjourned ..he dreams of goodness
he dreams of happiness he dreams
of playing cricket but by his cosmic
fate he has been spurned ..begging
in the hot blazing sun a few coins
he earns ,, for some rest under the
shade he yearns ,,,but the beggar
mafia who owns his body his soul
watches him secretly if he gets
lazy or stubborn.a flaming iron rod
his kind they know how to govern..

Man Is An Island Of Despondency And Despair 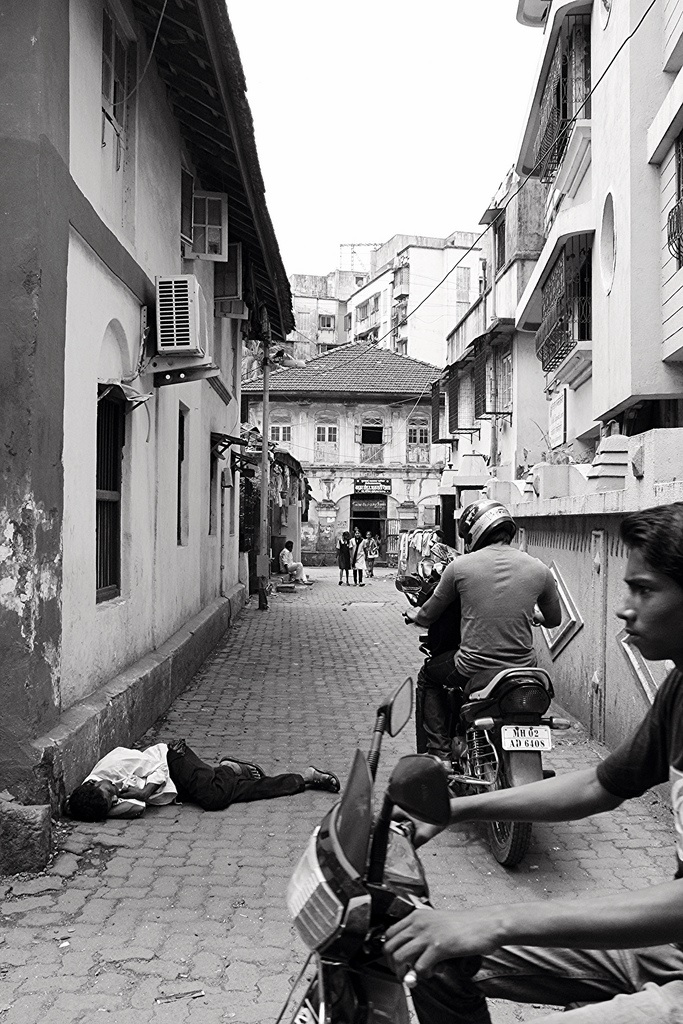 drunk out of his wits
clutching the last
vestige of his dreams
lying on the road
life death he hardly
cares he drank away
his monthly salary
when he wakes up
he will curse swear
beat up his wife
beat up his kids
his wifes clothes
he will tear curse
her for bringing
bad luck he will pull
her hair more anger
as she pleads he will
bang her head on
the chair ..such is
life of a drunkard
with you i share
i once walked the
same path exorcised
the demon who held
me bound in chains
to my  nightmare
broke the manacles
that had me ensnared
without my families love
support i too would be
lying on the road a
drunkard but god
heard my wifes prayer
a new path a new dawn
for me he prepared
a broken fence of
blood sweat tears
he repaired ,,

Email ThisBlogThis!Share to TwitterShare to FacebookShare to Pinterest
Labels: Man Is An Island Of Despondency And Despair
Newer Posts Older Posts Home
Subscribe to: Posts (Atom)