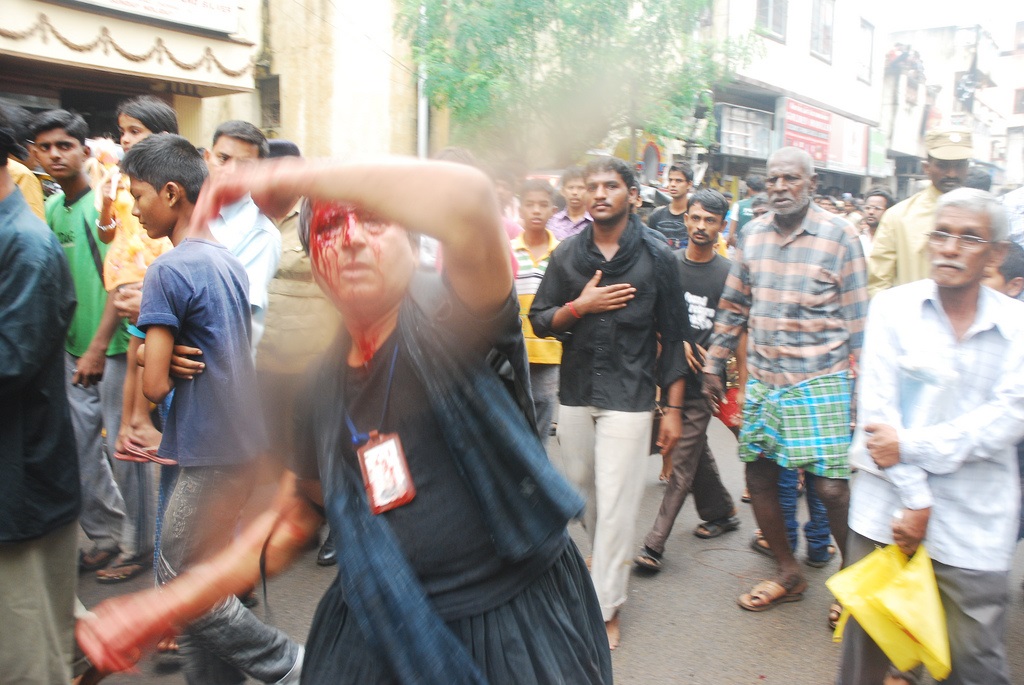 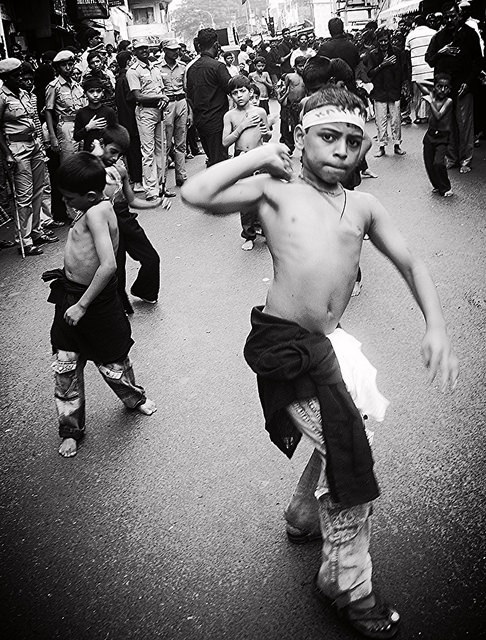 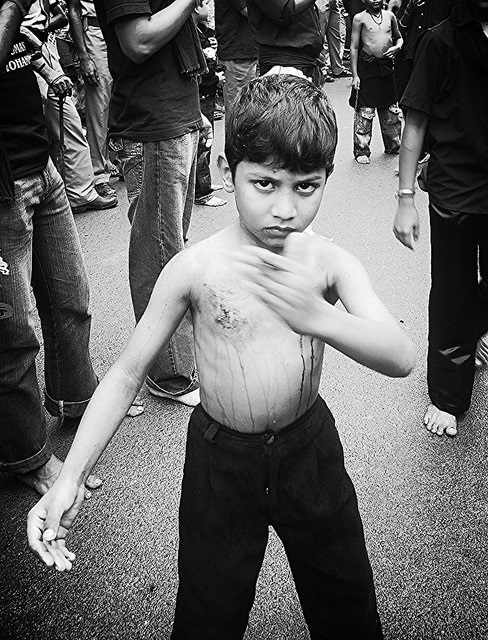 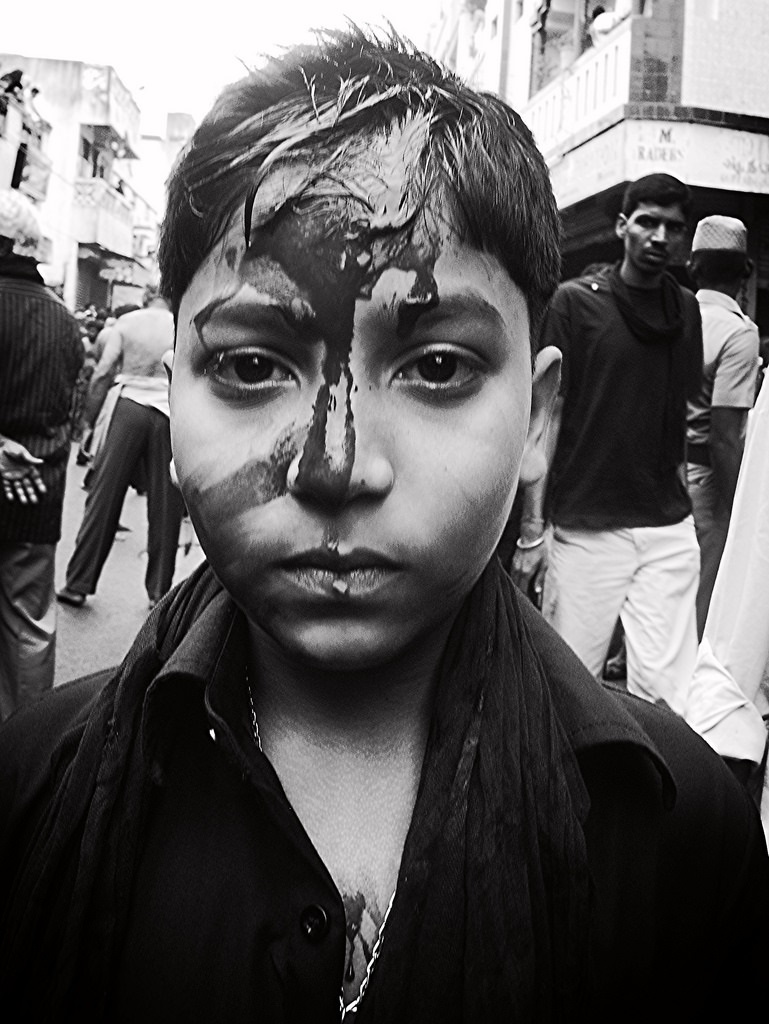 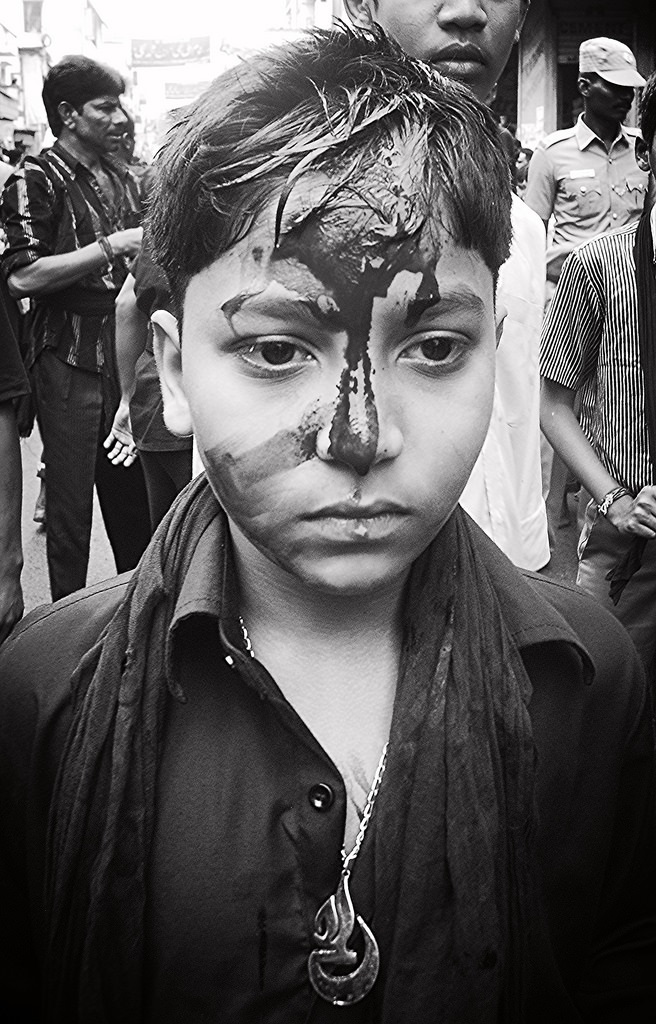 The Beggar Poet And Chennai Ashura 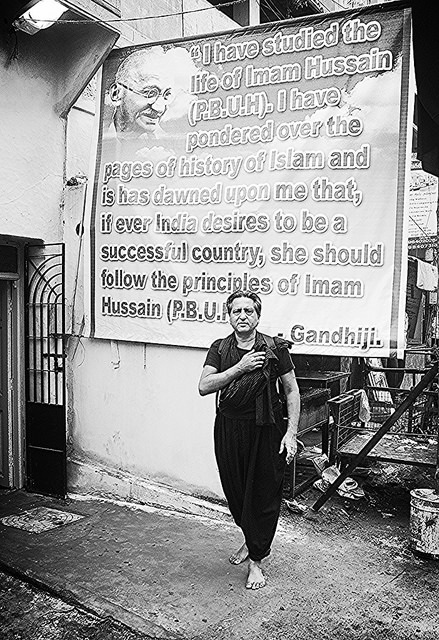 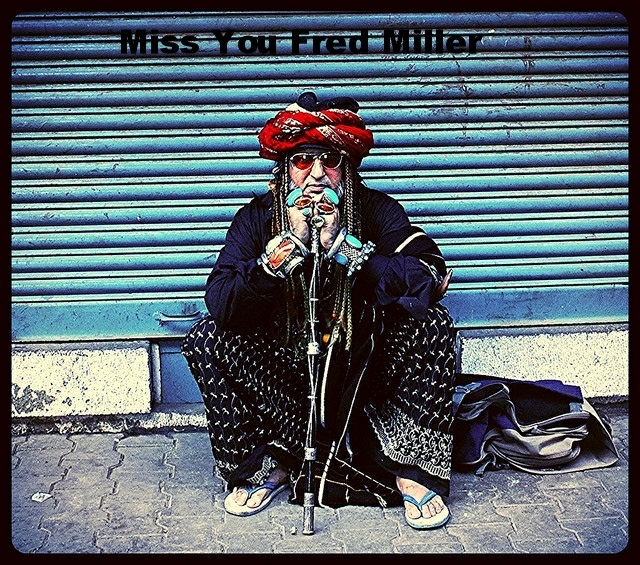 Late Fred Miller wrote this testimonial for me at Flickr I share with all of you , he passed away recently and is fndly remembered by all his Flickr friends .

Fred Millaer was a gifted Wordsmith ,

FredMikeRudy says:
"He's a Blogger and a Poet
and wouldn't you know it,
an accomplished Tailor, to boot.

He's so far-out that he's in
with Trannies ( in the skin )
and their tricks, that he picks
for a shoot.

of the downcast and unwanted
who forever are haunted :
low life in hi-res his route.

Wordplay captures Swordplay
for his cache; with sash-ay
he flashes his rings

on his fingers and ears
and yet, his sight no one fears
for it's just simple Love that he brings.

in this life. He's resolving,
injustices absolving
Firoze IS Photographer No. 1 !" 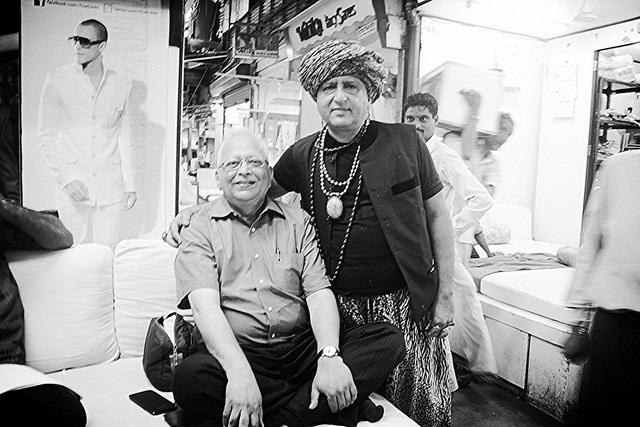 
her portraiture
are like blessings
prayers the girls
she shoots become
divas fashionistas
unique rare pouted
lips delicate fair
one look she has you
ensnared her dream
world of beauteous
joy with you she shares
woven memories broken
hope she holistically
repairs photography
her medium she loves
like air encircling passion
within a square ..kelly rae
she shoots she bares ,.
she fights she dares ..

History of The Shia Is A Teardrop Called Ghame Hussain 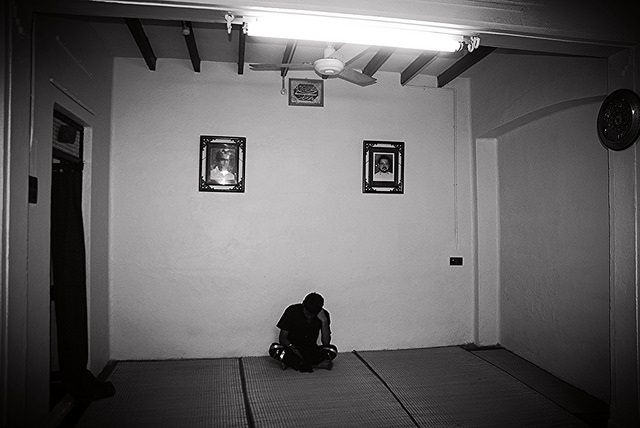 Email ThisBlogThis!Share to TwitterShare to FacebookShare to Pinterest
Labels: History of The Shia Is A Teardrop Called Ghame Hussain

Do Clothes Maketh A Man 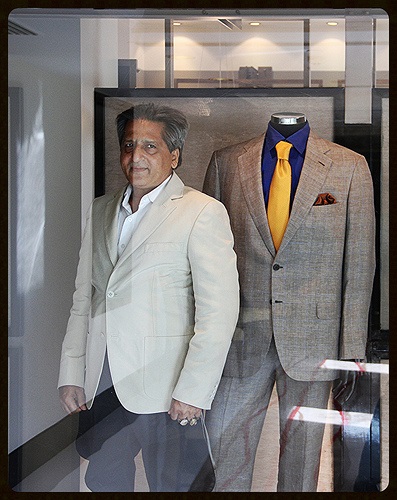 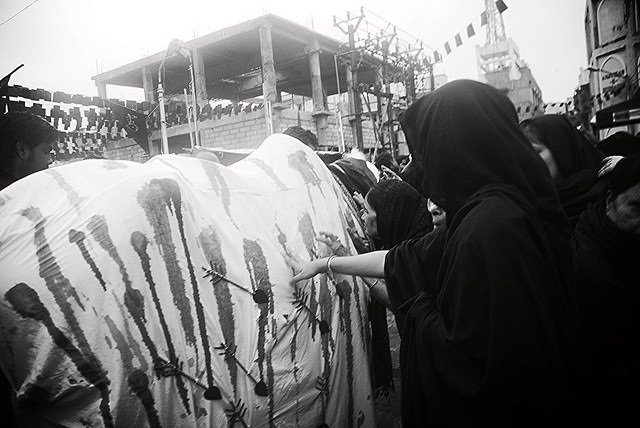 Dhuljanah (Arabic: ذو الجناح‎) was the horse of Husayn ibn Ali. The original name of Dhuljanah was Murtajiz and Maymoon and the reason for it being named that way was because of its sound of neighing being sweet, furious and high making it different from other horses. It was purchased by the Prophet Muhammad from an Arab called Haris. It features prominently in the traditional narrating of the story of the Battle of Karbala and it is thought to have been a white stallion.

Legend of Dhuljanah[edit]
According to the legend, when Husayn ibn Ali was a mere child and learning to crawl, he used to go to the stable of Dhuljanah and look at it. Once the Prophet of Islam said that his grand son was curiously looking at the horse as if some mysterious conversation was taking place, so the Prophet asked the child if he wished to ride the horse and on being answered the Prophet Muhammad ordered the horse to be mounted and when Husayn ibn Ali approached the horse it amazingly lowered itself to the ground allowing the child to mount him.

It is also believed that Dhuljanah wept in sorrow of Husayn ibn Ali's martyrdom, weeping a single tear.

After the martyrdom of Husayn ibn Ali, Dhuljanah went to the camps of Zaynab bint Ali and then went to the Euphrates river never to be found again.

My Parents Were Not Just Shias But Human Too 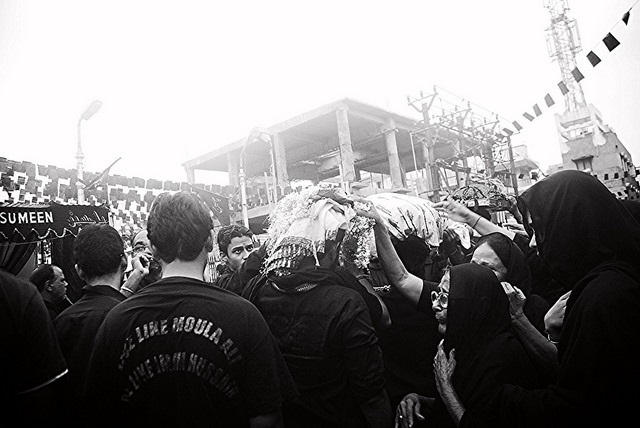 Shooting Moharam in a city where you have never shot Moharam before where the Shia community does not know you is pretty tough , and there must be very few among the Shias who document Shiasm as photo journalism like I do , I shoot pictures and the poetry of sadness within the pictures in a sea of black sometimes powerfully soaked with blood ,,

And censorship shooting a documentary kills the soul of photography , being a Flickr Pro Member , I have to shoot within the ambit of Flickr guidelines though I am shooting stuff that is Shia symbolism within their rituals .

And unlike others who force their religion up your throats I dont , I am not a Shia evangelist , a fact that I shoot all religion mostly Hinduism and Sufism besides Shiasm.. and it is not easy shooting Moharam in your own city where you have lived for over 59 years , being abused by hotheaded misguided Shia bullies is what we face , their over zealousness has no limit no decency and no respect for elders or seniority and so I distanced myself shooting any segment of Moharam in Mumbai save the Majilis at my house that as the patriarch of the House I have to attend ..

I have cut down on my religious photography in Mumbai , I am not young nor do I have the stamina because of my ill-health and diabetes .

And the cities I visit during Moharam Ashura mostly is for 3 or 4 days and I shoot over 2000 images on a single camera ..I spend my money my time , and I shoot as per my vision ..I cannot borrow your narrow mindedness or your eyes to shoot what I want to shoot ,, And perhaps in all humility I must be the only Shia who has documented Moharam in most major cities  and posted it online .. and I try to capture the simplicity , the austerity of Shia pain pathos as poetry.

No I dont think I will ever go to Karbala , out of due respect I have to make myself more spityually capable to visit Karbala if I did get a ticket I would certainly give it to a poor Shia who desrves the Karbala of his dreams more than me,

For the moment my Karbala is India and the rivers Ganga Yamuna and Sarswati quench my thirst for Ghame Husaain ,, my thinking may sound alien to you but than once again I use my mind without blinkers not yours ,, and I cannot change my parentage my Lucknowi upbringing my Adabb My Tehzeeb my culture and my Indianness that is certainly not Arabic by all means .
I am proud of my Hindu cultural inheritance , my roots are deep down totally desi.. my grandfather Daroga Nabban Sab was related to poet Mir Anis .

My wife comes from Iranian ancestry ,, but her mothers family were Shias from Siwan Bihar.

My father was a Moghul Pathan.. his father converted to Shiasm and we have remained Shia till date.

My brother married a cultured Hindu girl from a very noble impeccable family it was certainly no Love Jehad ,, they are happily married settled in UK.

So our parents gave us the choice to opt a path and we opted truth equality justice and all bound to Hussain as Humanity.

And my pictures reflect the Silhouette of my Soul as a Malang of Ali too..

Email ThisBlogThis!Share to TwitterShare to FacebookShare to Pinterest
Labels: My Parents Were Not Just Shias But Human Too
Newer Posts Older Posts Home
Subscribe to: Posts (Atom)