Yesterday I was clever, so I wanted to change the world. Today I am wise, so I am changing myself.” ― Jalaluddin Rumi 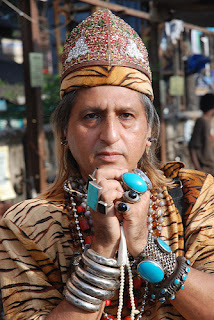 I come from a Shia ancestry from my mothers side that has its connection to Mir Anis through my maternal grandfather Daroga Nabban Sab of Pata Nala Lucknow.

My paternal grandfathers family was hardcore Sunnis from Subatiya Baug  Pata Nala Lucknow ..but he converted to Shiasm after marrying a Shia lady Khushed Begum ..giving birth to my dad Mohomed Shakir ,,, my father too like his dad followed Shiasm.

So these are my roots but I was bought up in a cosmopolitan surroundings at Colaba Wodehouse after my parents shifted from the putrid slums of Kurla adjoining a Hindu crematorium.

My initial schooling was John The Baptist or Methodist church  I was about 5 0r  6 the teachers were British and my primary school was called Private European School ..my earliest tryst with Jesus and he has not left my side all these years .

My father was uneducated but a good tailor later a tailor master had learnt his trade under British bosses ..here at Wodehouse road we lived as tenants of veteran actor of the silverscreen Nawab Kashmiri s family in their servants quarters ..huge rooms but common toilet with the servants quarters of Atomic Forest Keith Kanga founder of Rock in Bombay and my childhood friend his grandmother was a rabid Jehovah Witness though Keith was of mixed parentage European and Parsi.. after the death of both his parents his maternal grandmother got his custody.. this was where I saw the other side of Christianity or a more aggressive one that hated all other Christians Muslims Hindus Parsis ..I was fed Watchtower those early days made to read the Bible to cleanse myself.

As my parents were poor the school fees were paid by my tenants beautiful daughter Akhthar Kashmiri a very educated Muslim from a noble family descendant of Nawab Wajid Ali Shah.

They had a huge library the first poem I read was Lochinvar ..by Sir Walter Scott .

O young Lochinvar is come out of the west,
Through all the wide Border his steed was the best;
And save his good broadsword he weapons had none,
He rode all unarm’d, and he rode all alone.
So faithful in love, and so dauntless in war,
There never was knight like the young Lochinvar.

The words are there unerased in my head and heart.

Above our house on the next wing lived the Barias Parsis and VimalPatacharige from Sri Lanka his father Charly  goldsmith working for Gazdar Taj Mahal Hotel so Buddha and Om Mani Padme Hoon came int my life ,,,I learnt a lot about the Life of The Buddha his message and his Path of Peace ..

After I completed my primary Akthar Kashmiri enrolled me in a Roman Catholic School ..Holy Name High School I could not get admission in 4 th so Principal Fr FX Fernandes took me in 3 rd standard but with a ruling if I came first in all the semesters I could take a double promotion.

I did that in 4 Standard I jumped straight to 6th and my best friends in class were Altar boys their dad worked in th sacristy of Holy Name Cathedral.

In Colaba there was no Shia mosque one had to go to Bhendi Bazar and that happened mostly during Moharam.. my mother was an asthmatic my dad busy with work I found solace in the Church..I befriended two priest s who would talk about their Faith but never tried to influence or coerce me into changing my religion.. Fr Stephan Fernandes and  Fr Leslie Ratus ..both dead .but they were the founding fathers of my secular outlook ..I owe a lot to them.. they made me read books and widened my cramped horizon .

From Wodehouse Road we shifted for a short while to tony Breach Candy and my dad finally got us a permanent own house at Colaba Strand Cinema 3 Mohini Mansions.


Later there were many ups downs ..my alcoholism and to get rid of it I took up Photography it was through Photography the Camera I discovered different Faiths Different Gods I began to shoot Shiasm.. and than Hinduism finally I began shooting Sufism in 2000 I visited Ajmer first time in 2005 I began  documenting the Chishtiya Sufi Order 12 years now ..I had already begun shooting the Mahim Rafaes .. to this I added the Madarriya order I became a Malang in 2011 along with a Belgian photographer and it was more to shoot the Malangs than as a quest for Faith ,, I am happy with my Shia Faith.

But it was Khamakhya Assam that pushed me head long into shooting the Aghoris Tantrics I became a devotee of the Goddess Khamakhya ,, I was called again this year ...

Meanwhile the Malang Head Syed Masoom Ali Baba of Asqan Madarriya Order made me his Khalifa in 2017.

So two places that hold me cosmically are Khamakhya and Makanpur .

I also began documenting the relationship between Hijras and Sufism Dargah Worship and Hijras and Goddess Khamakhya and their relationship with Tantrics .
This library of images I completely disabled from public view at Flickr but I posted a bit at Twitter ,
I dont use Facebook or Twitter ..no Insta no Snapchat .


So these words of Rumi made me bring all this out it is a very long journey and more than changing people with my pictures I am changing myself through your pictures too,

This is my opinion I hope it changes ..with time ,,,

I am a storyteller I tell fables I shoot India ,..I live in India
India lives in me ,,
I am apolitical
I am religious but it is my personal prerogative ,,
I shoot all seasons of religious faith and than comes that day of Moharam Ashura Chehlum when I speak through my blood the story of my persecuted Shia race beyond the borders of India ..
Ya Hussaina ..
By Firoze Shakir Photographer No1 - September 12, 2017

Email ThisBlogThis!Share to TwitterShare to FacebookShare to Pinterest
Labels: my faith, my india, my photography, my roots

Without Sounding Disrespectful I Will Never Shoot Flowers 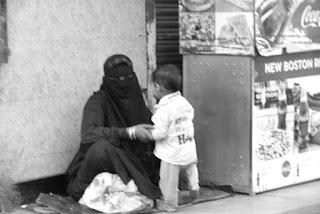 I shoot flowers of the human kind
battered bruised trampled on the
streets of misery despair searching
for hope marginalized mankind
some leprous crippled some blind
their story of pain through my pictures
unwind no fragrance no aroma blood
sweat tears pus oozing from wounds
in a world insensitive unkind ,
what is lacking in this world is compassion
beggars outside gods house ...you will find
a few coins on their outstretched dirty  hands
a moment divine ..i will never shoot flowers
that mock the ugly lives of beggars ..yet
in a temple its flowers enshrined ..


flowers and beggars two parallel lines
cosmically unaligned ,,,that a insensitive god
on a bad day erratically designed with the power
of his master mind ..