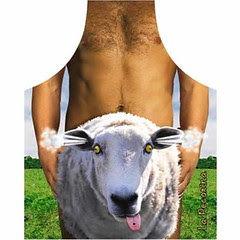 By Peter Reuell/Daily News Staff
GHS
Tue Jul 03, 2007, 11:11 PM EDT
Sherborn - A Sherborn teen was charged yesterday with having sex with sheep at a farm near his home, and police reports suggest the encounters may have gone on for nearly a year.

Roger Henderson II, 18, was arraigned yesterday in Natick District Court on charges of bestiality, cruelty to animals and breaking and entering in connection with an incident police say took place at Boggastow Farm on June 27.

According to a police report, the farm's barn had been the target of at least a dozen break-ins between August 2006 and June 2007, prompting the property owner to install surveillance cameras.

Between 3 and 4 a.m. on June 27, according to police, the camera captured and filmed a person identified as Roger Henderson II.

The man grabbed a sheep by its hind legs and dragged it to the corner of the stall, according to police. The man removed his clothes and appeared to have sexual relations with the sheep. After finishing, the man put his pants back on and left the barn with his shirt in his hand, according to the report.

Following his arraignment yesterday, Henderson was released to the custody of his parents, on the condition he stay at least 30 yards away from the farm, and animals in general.

The teen also was ordered to "report immediately to Leonard Morse (Hospital) to continue current mental health treatment," according to court documents.

A woman at Boggastow Farm yesterday shouted, "no comment" to reporters before later threatening to call police.

Yesterday's proceedings took just minutes, as not guilty pleas were entered on the three charges and didn't require Henderson to appear in open court. Prosecutors, defense attorneys and police met with Judge Douglas Stoddard behind closed doors before agreeing to release the teen to his parents.

Following the proceeding, Henderson left the court through a back door, covering his face with a black T-shirt. He was quickly whisked away in a dark red Jeep Cherokee.

Henderson is due back in court Sept. 4 for a pretrial conference.

Do we really care? 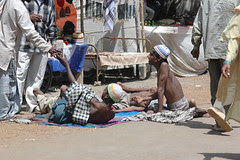 Do we really care?
Originally uploaded by firozeshakirphotographerno1
we give them a few measly coins
our sanctimonius souls we bare
we have no time for sympathy
we have no time to spare
shattered battered beggar lives
even god has no time to repair
they also serve
who only stand and stare
we pity them
more than pity
we have nothing
human to share
we who pass judgement on others
couched to our armchairs
tears that drop from hollows no eyes
recycled waste of hoplessness
empty handed prayers
no answers only blanks
as never ending questionnaires
this world was not meant for the poor
but microsoft , google yahoo
and other such millionaires
By firoze shakir - July 06, 2007 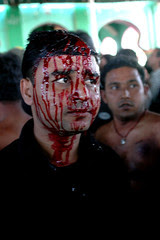 ISLAMABAD, Pakistan -- The head of a radical mosque besieged by government forces in the heart of Pakistan's capital rejected calls for an unconditional surrender Friday, saying he and his die-hard followers were ready for martyrdom.

As the siege of the Lal Masjid, or Red Mosque, entered the third day, troops rocked the complex with gunfire and explosions but appeared to be holding back from a potentially bloody final assault.

The government was keen to avoid a bloodbath that would further damage President Gen. Pervez Musharraf's embattled administration and said troops would not storm the mosque while women and children were inside.

Two dozen parents and other family members waited anxiously behind security barriers some 200 yards from the mosque, with about 10 allowed to approach the shrine's entrance.

During lulls in the fighting, some parents have approached the mosque, handed notes to those inside with the names of their children, who have then emerged. Most are young students at the mosque's seminaries for males and females.

Gunfire rang out around the mosque before dawn and again later Friday morning. Armed troops and barbed wire coils on the streets near the mosque prevented journalists from going near the scene.

There were no immediate reports of injuries and it was not possible to determine who initiated the latest bout of shooting.

Interior Minister Aftab Khan Sherpao said soldiers were trying to blast holes in the walls of the fortress-like compound of the mosque and an adjoining seminary for girls, seeking to wear down the defenders' resolve and force a surrender without a battle.

In the interview, Ghazi denied government allegations that he was holding some of the young students as hostages and also rejected that he was only acting as a front man for hard-core militants within the mosque.

The Minister for Religious Affairs Ijazul Haq said in an interview Friday with GEO television that "militants" were in command and control and that Ghazi was just being used for "media management."

He said indirect negotiations were proceeding, with clerics trying to persuade Ghazi to give up. 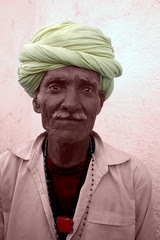 To Monsieur El Gekko Love From India
Originally uploaded by firozeshakirphotographerno1
I dont do much tweaking , one needs to practice , too much practice in the backseat of a car made , little Wendy pregnant much before time..
Dont blame me I was only driving the car..
Faces of rural India inspite of their impoverished lot are blissfully content.
Eat , work fuck your way ploughing out of season producing a Kharif crop of homegrown homespun kids..
The charpai , the hookah town gossip.
Waiting for the hot tawa made hot chappatis, the syrupy pure ghee tainted dal, the green mango tangy tamarind chutney, the sarson ka sag the stream unboiled matka cool water to drink..
This is Indian village life , no telivision, no electricity, no internet , just fresh air and man as an anchor to his pristine environment..
This is a village that I write about close to Jarwal..
The man is from Madhya Pradesh who has come to Hussain Tekri Jaorah to be one with a strange Muslim God...Without any knowledge he calls him an Avtar ..as he waits outside the Shrine of Hazrat Imam Hussain...
By firoze shakir - July 06, 2007 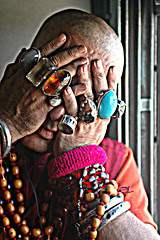 about this new cyberlink

needs from a new fountain

even a fragrance has a counter stink

every armour its own chin

The light s have begun to blink

A dead Phone no tringgggg 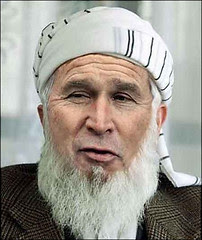