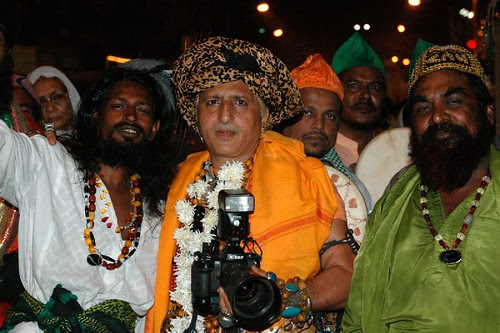 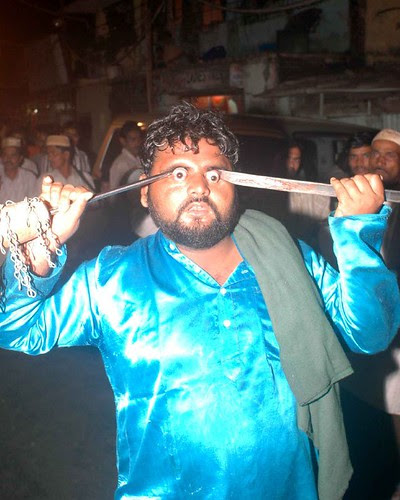 There Can Be No Smoke Without Fire 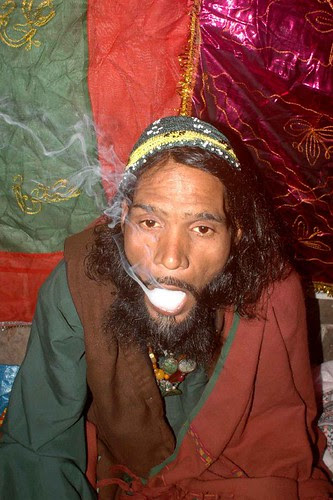 There Can Be No Smoke Without Fire, originally uploaded by firoze shakir photographerno1.
By Firoze Shakir Photographer No1 - May 06, 2010 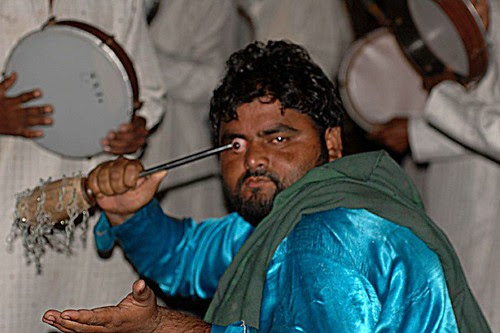 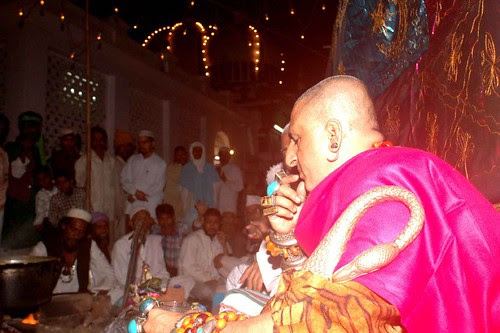 A Blogger Bawa at the Dhuni, originally uploaded by firoze shakir photographerno1.

Those days several years back I would walk barefeet to shoot the Chancawalli Rafaees and return barefeet too, I was their poster boy and as the ladies thought I was a bawa they gave me alms that I handed over to the Murshad , begging is an aspect of Gods metaphoric godliness ..
i was not a beggar or an ascetic but people who did not know me thought I was , and I did not hurt their belief by telling them I was not what they thought me to be.

They came kissed my hand men old women children.. and I maintained a stoic silence..and I would not be this colorful, if the Urus happened during Moharam.

During Moharam I wear only black for 2 month eight days.

But at the Dhuni they knew I was a Shia adherent and gave me respect as I gave them too.

Shooting them was a pictorial passion and because they have isolated themselves from mainstream society it was a very daunting and challenging task too.

I had enemies at the Dhuni but I survived all the food poisonings and opposition from a few bawas who did not want their smoking hash and other activities made known to the public..

My main detractor died a very painful death in penury..so most of the bawas who know this keep a distance from me..and I am serious as I update this post today 5 May 2010.

Another person who had me excommunicated for a year from the Dhuni Sikandar Wali Bawa too died , it was only after his death his successor Handi Sai asked me to come back to the Dhuni.

But than Handi Sai too died at Kota and now both the Murshads Barasti Bawa and Amanat Bawa like me and I have no problem whatsoever ..

Shooting the bawas is a high and I dont smoke hash , but still am floating perhaps it is the pervading smell of hashish around the Dhuni..

I was into drugs during college so I have passed that cycle of life..I dont smoke or drink...

And all the bawas be it Nizamuddin Aulia or Ajmer Sharif know me very well..I am a part of their documentation too..