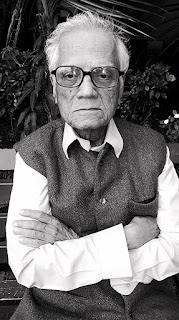 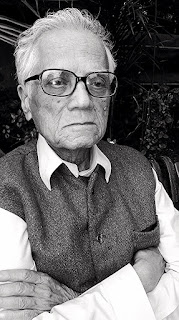 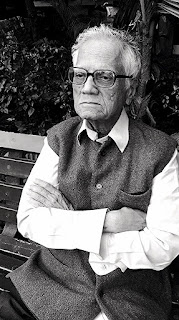 Artistically at ease peacefully resplendent he was sitting on a bench with his friends at the MET Grounds Bandra Reclamation.. I was taking my walk but the photographer in me could not resist walking up to him and complimenting him on the splendor of his well sculpted face and asking him if I could take his picture on my camera phone HTC Desire 826,, As his friends sitting next to him knew me , he obliged and I shot him in the evening of of our 69 Independence Day,, I took three shots , and he saw the colored version I told him I would work on them at home..
And I love shooting senior citizens , they have seen more winters than me , their struggle hardships in their youthful days and now in their 80 s relaxing looking back at those days ,, as memories .
Most of these senior citizens are retired bureaucrats , and live around the MET Grounds , evenings are spent at the park, watching kids playing cricket and football or the other walkers joggers ..at the far end of the park maintained by MET is the iconic tennis courts ,, and one of the tennis court is a basketball court too..
I normally walk in the mornings play some tennis thanks to Coach Surendra Pawar , but sometimes if I am free I come and walk about 3 km in the evenings at the MET Grounds ..
Sundays is chaotic and boisterous with the entire park reverberating with filthy abuses by the skull caps playing cricket as though it is the last day on Earth.
By Firoze Shakir Photographer No1 - August 16, 2015