A Message From Master Card ,,To A Beggar Poet - Beggar Bard 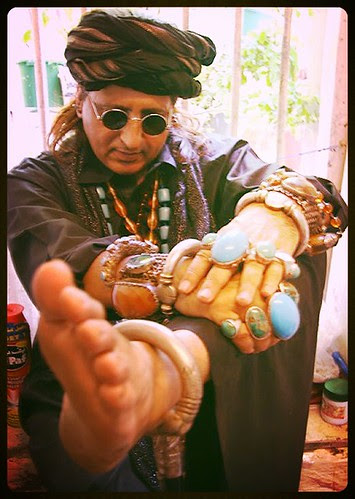 A Message From Master Card ,,To A Beggar Poet - Beggar Bard, a photo by firoze shakir photographerno1 on Flickr.

A Message From Master Card ,,To A Beggar Poet - Beggar Bard
By Firoze Shakir Photographer No1 - December 24, 2013

What Is Chehlum -Arbayeen.. 40 Days Martyrdom of Imam Hussain Grandson of the Holy Prophet 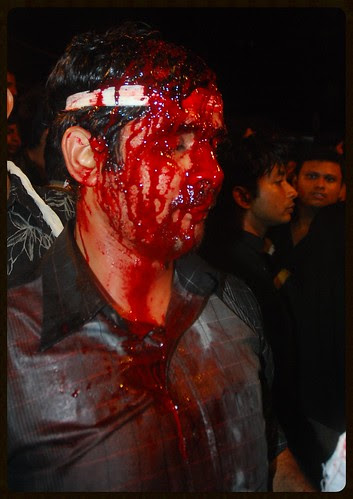 What Is Chehlum -Arbayeen.. 40 Days Martyrdom of Imam Hussain Grandson of the Holy Prophet, a photo by firoze shakir photographerno1 on Flickr.


Arba'een (Arabic: الأربعين‎, "forty") or Chehelom (Persian: چهلم‎, Urdu: چہلم‎, "the fortieth [day]"), is a Shia Muslim religious observance that occurs 40 days after the Day of Ashura. It commemorates the martyrdom of Hussein bin Ali, the grandson of the Prophet Muhammad which falls on the 20th day of the month of Safar. Imam Husayn and 72 companions were martyred in the Battle of Karbala in the year 61 AH (680 CE), killed by Yazid I's army. Arba'een is also observed 40 days after the death of a family member or loved one. Forty days is the usual length of the time of mourning in many Islamic cultures. Arba'een, or Chehlom, is one of the largest pilgrimage gatherings on Earth, in which over 15 million people go to the city of Karbala in Iraq.[1][2][3][4][5]
The occasion reminds the faithful of the core message behind Husayn's martyrdom: establishing justice and fighting injustice, no matter what its incarnation—a message that strongly influenced subsequent Shi'a uprisings against the Umayyad and Abbasid rule.
In the first Arba'een gathering in the year 62 AH, Jabir ibn Abd-Allah, a companion of the Prophet, was one of the people who performed a pilgrimage to the burial site of Husayn. Due to his infirmity and probable blindness, he was accompanied by Atiyya bin Saad. His visit coincided with that of the surviving female members of the Prophet's family and Husayn's son and heir Imam Zain-ul-Abideen, who had all been held captive in Damascus by Yazid I, the Umayyad Caliph. Imam Zain-ul-Abideen had been too ill to participate in the Battle of Karbala. He later devoted his life to Azadari and spreading the message of Imam Hussain's supreme sacrifice.
The city of Karbala in Iraq, the third holy place of Shia Islam, is the center of the proceedings where, in a show of humility, many crawl through the streets of the city while others fall on their hands and knees as they approach the Shrines of Husayn and his brother Abbas ibn Ali. Many pilgrims travel miles on foot to reach Karbala.
Observance of Arba'een in Karbala was banned for many years when Saddam Hussein, was president of Iraq. For nearly 30 years under Saddam's regime it was forbidden to mark Arbaeen publicly in Iraq. Following the 2003 invasion of Iraq, the observance in April 2003 was broadcast worldwide.[6]
Arba'een is consistently among the largest peaceful gatherings in history. In 2008, approximately nine million religious observers converged on Karbala to commemorate Arba’een.[7] However, in 2009, the number of people visiting Karbala on Arba'een significantly increased. According to the official website of BBC News and Press TV (Iran), over ten million people had reached the city of Karbala one or two days before Arba'een. The number of pilgrims was expected to rise to 18 million during the next two days, Arbaeen reached over 18 million in 2013 .[8][9][1

This is perhaps my first Chehlum that I shall sit and mourn at home , till late last night I was trying to get a seat on the Hussain Sagar for Hyderabad , but due to the Xmas vacations rush I was unable to get a seat, I thought I would take a bus but my diabetic condition makes bus travel difficult, and I have kidney stones .. so I took it in my stride..I could have booked my ticket earlier but I was waiting for my wife to arrive from Lucknow and her return got delayed that upset my itinerary..so I wont be shooting Chehlum this year ..

For personal reasons I dont shoot Moharam in Mumbai..